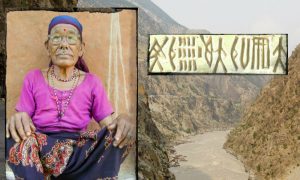 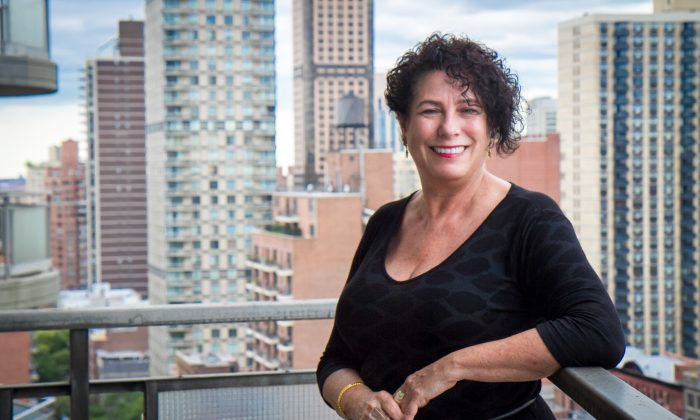 Marla Mossman, a photographer and artist who traveled along the Silk Road countries to document vanishing cultures, at her home in Manhattan on Aug. 15. (Benjamin Chasteen/Epoch Times)
New York

This Is New York: Marla Mossman, on Documenting Disappearing Cultures

NEW YORK—The car came to a halt; there was a roadblock in the mountains of Kabul, Afghanistan. A woman had just been captured. Her translator and driver were killed. The police asked Marla Mossman, a lone traveler with short black curls and bright blue eyes, if she was certain she wanted to go on. The militants would not arrange two kidnappings in half an hour, she thought, so onward she went.

Mossman, a photographer who documents remnants of culture before it’s pulverized by wars and modernization, has faced harder decisions before.

Like the time she had to decide whether she should use her camera to smash the head of a man who was making advances toward her in southern Turkey.

In a moment of pure luck, or perhaps alignment of the stars, two people walked by and the man backed off.

Since 1996, Mossman has made eight trips—traveling by car, foot, horse, mule, and camel—through Silk Road countries in Central Asia, the Middle East, and India for her Peace Caravan Project.

Despite the risk of wandering as an unaccompanied Western woman, she felt a solo journey was essential in documenting the human condition.

“I look people in the eye,” she said. “Trust. This is my motto. Trust is the currency of the solo traveler. What else do you have to trade?”

When she is alone, she relies on her instincts, a primordial gift of nature, to survive and capture the ethnic traditions disappearing in modernity.

It’s a gamble, though.

Islamic State in Iraq and Syria recently released a video of the beheading of journalist James Foley; it wasn’t safer for journalists and photographers back then either.

When Mossman arrived in Kashmir in 1996, there was tension in the air. Osama bin Laden was gaining influence and a militant group had beheaded four journalists the year before. It was the same group who executed Daniel Pearl some years later.

Mossman hid her camera and pretended she was an artist, carrying sketch pads and colored pencils.

Throughout her journeys, she has photographed historical sites such as mosques and the historic market, Al-Madina Souq, in Aleppo, Syria, before such grounds were bombed.

Most importantly, she embarked on her journey to search for answers.

“Why is the world still at war? Why are women still marginalized?” Mossman asked, sitting in her Manhattan apartment, decorated with plants and an incense burner shaped like a Native American peace pipe.

She was following the footsteps of Abraham and the prophets when she heard that the Chinese Communist Party was bulldozing the Old City of Kashgar, in the Uyghur Autonomous Region.

Mossman flew six hours from Beijing to Xinjiang, and then drove two days to get to Kashgar.

She photographed the Uyghurs, an indigenous Islamic group, making noodles, celebrating weddings, and praying at mosques. Mossman went inside the Id Kah Mosque, one of the largest in Xinjiang.

She went into forbidden areas, such as the Iman Assum shrine in a remote village outside Hotan. There, the secret police stopped Mossman. She was the only woman in the shrine, and she was taking photos.

Her translator told her to quickly take out her card and take new photos of things she was allowed to shoot.

In James-Bond-esque fashion, Mossman downloaded the photos from her computer onto a USB as the police were approaching her car. In the very last moment, she tucked the flash drive under the carpet.

Mossman is one of the few who will ever get a chance to record the lives of the Uyghurs and Kirgiz people, for their centuries-old traditions will soon disappear, as the Chinese Communist Party initiated a plan to destroy Uyghur communities in 2009.

The Xinjiang situation is no better off than Tibet, but it’s less publicized.

No Fear of the Other

As a child, Mossman was a dual citizen. She was born in Detroit and raised in Windsor, Canada. She went back and forth over the border often.

Growing up, she witnessed the race riots in Detroit.

“There were always places I wasn’t supposed to go,” she said. “And I would always go there.”

She had an identical twin, and strangers often spoke to them. From a young age, barriers were broken down.

“Because I was an identical twin, the notion of the other was that they were me,” she said. “There was really no distinction. I have no fear of others.”

She emphasized that the situation is not any safer in the United States.

“My twin sister was strangled and left for dead in Martha’s Vineyard,” Mossman said. “She lived and became a black belt. But the notion that we are any safer here is simply not true. We cannot think of anybody differently.”‘

As a child, Mossman had predicted the advent of the Internet.

“At age 6, I thought there was a time when we would have instantaneous knowing throughout the world,” she said. “At the time I thought it would come from our forehead. I thought the forehead was where the absolute truth came from.”

Then, the Internet was invented.

No matter how bad the world is in conflict, people are living in the age of knowing.

Mossman hopes that world peace can be achieved one day if people have more appreciation and awareness of other cultures, and that is the premise of the Peace Caravan.

CORRECTION: An earlier version of the article incorrectly referenced a beheading incident in the Middle East. The beheading incidents that Mossman referred to occurred in Kashmir in 1995.  It incorrectly stated that Mossman has traveled to the Silk Road region six times. Mossman has been to the region eight times. It incorrectly stated that she was stopped by secret police at the Id Kah mosque. Mossman was stopped by secret police at the Iman Assum shrine. Epoch Times regrets the errors.