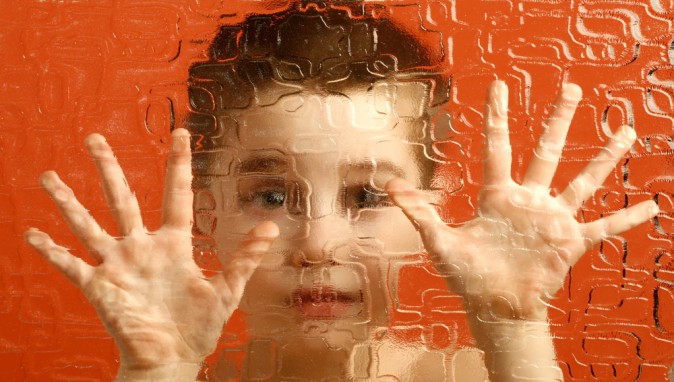 Boys are four times more likely than girls to be diagnosed with autism. Scientists suspect that hormones may play a role. (Shutterstock*)

In California, where incidence is the highest, 1 in 26 8-year-olds has a diagnosis of autism. Missouri, which has the lowest incidence, has a rate of 1 in 60. According to the U.S. Centers for Disease Control and Prevention, the dramatic uptick is in part due to improved and more comprehensive identification and diagnosis.

However, improved diagnosis alone cannot explain this trend. One in 44 children were not autistic in the 1980s, with or without diagnosis. No, something is going on. One or more environmental factors are clearly having a devastating impact on our children.

According to an October 2020 scientific review in the journal Seminars in Pediatric Neurology, “Several lines of evidence implicate mitochondria in the pathophysiology of autism spectrum disorder (ASD).” For years, autism was believed to be due to genetics, but empirical studies have proven genetic predispositions play a very small role.

More recent investigations looking at mitochondrial biomarkers and electron transport chain activity suggest mitochondrial abnormalities may be involved in as many as 80% of cases.

The authors point to “novel abnormalities” in mitochondrial function that have been found in autistic children, and the fact that treatments targeting mitochondrial dysfunction, such as L-carnitine supplementation and a ketogenic diet, have been fruitful.

In 2007, approximately 4% of autistic children could be diagnosed with a definite mitochondrial disease. More recent investigations looking at mitochondrial biomarkers and electron transport chain activity suggest mitochondrial abnormalities may be involved in as many as 80% of cases. Biomarkers of mitochondrial dysfunction include elevated levels of:

As noted by the authors, this is “remarkably interesting” because mitochondria are “very vulnerable to environmental factors.” In other words, something in our environment is triggering mitochondrial dysfunction in an ever-growing percentage of children. The question is what?

Children whose autism is rooted in mitochondrial dysfunction will typically have a key set of symptoms that include:

While classic mitochondrial disease is defined, at least in part, by severe deficits in electron transport chain activity, in children with ASD, mitochondrial dysfunction tends to involve overactivity. According to the authors:

“… we have shown that about one-third of LCLs [lymphoblastoid cell lines] derived from children with ASD repeatedly show elevated respiratoryiou rates, approximately 200% of controls, for respiratory parameters associated with adenosine triphosphate production.

We have also demonstrated the consequences of elevated respiratory rates; specifically, this subset of ASD LCLs are more sensitive to acute exposure to reactive oxygen species (ROS) such that respiratory rates drop precipitously with acute increases in ROS.

We hypothesized these changes represent an adaptive response to previous environmental exposures, a phenomenon known as mitoplasticity.

To support this hypothesis, we demonstrated that elevated respiratory rates can be induced in LCLs with prolonged exposure (96 hours) to mild ROS, a microenvironment that simulates the effect of environmental toxicants on mitochondria.

Additionally, we have demonstrated that this subset of LCLs respond differently to environmental agents associated with ASD, including trichloroacetaldehyde hydrate and ethylmercury, and enteric short chain fatty acids propionate and butyrate, as compared to ASD LCLs which do not demonstrate these high respiratory rates at baseline.”

Two helpful treatments have already been mentioned: L-carnitine supplementation and ketogenic diets. Studies evaluating ketogenic diets and ASD have found them to be well-tolerated by a majority of children.

A review of four studies found 18% of children saw significant improvement on a ketogenic diet, 40% reported moderate improvement and 32% had mild improvement. Only 8% experienced a worsening of their symptoms.

In cases where the ASD is caused by mitochondrial dysfunction, however, supplementing specific cofactors become important. The good news is this kind of supplementation is very safe and well tolerated. There’s virtually no risk involved, in terms of adverse side effects. Among the most important nutritional cofactors are:

Benefits of L-Carnitine and CoQ10

Of these, L-carnitine has been most widely studied. As explained in this paper:

“Two medium sized (n = 30, 30) double-blind placebo-controlled studies using L-carnitine treatment (50 mg/kg/d for 3 months and 100 mg/kg/d for 6 months) found that scores on the Childhood Autism Rating Scale (CARS) improved with L-carnitine as compared to placebo with one study finding that greater symptomatic improvement was correlated with a greater increase in blood carnitine levels.

Several parental rated measures showed improvements in behavior and hyperactivity before correction for multiple comparisons and improvements in language correlated with post-treatment blood carnitine levels. Children with ASD and genetic mutations in the carnitine pathway also appear to response to L-carnitine.”

CoQ10 has also been evaluated in clinical trials. In one, 50 mg of ubiquinol was given twice a day for three months. Children who attained a CoQ10 blood level above 2.5 umol/L saw improvements in communication, interactions, sleep and food rejection.10

Previous research also suggests ASD may have an autoimmunity component. As explained in a 2009 paper titled “Autoimmunity in Autism”:

“Increasing evidence of autoimmune phenomena in individuals with autism could represent the presence of altered or inappropriate immune responses in this disorder, and this immune system dysfunction may represent novel targets for treatment.

Furthermore, in recent studies, antibodies directed against the fetal brain have been detected in some mothers of children with autism; these antibodies have the ability to alter behavioral outcomes in the offspring of animal models.”

Research published in 2013 found that more than 1 in 10 mothers of autistic children had antibodies associated with autoimmunity that adversely reacted with proteins in the brain of the baby, resulting in ASD. The authors point out that any activation of the mother’s immune system “might lead to an increased risk of a child with ASD.”

Not surprisingly, exposure to toxic chemicals in utero has also been identified as a potentially causative factor. According to the National Academy of Sciences, an estimated 3% of all neurobehavioral disorders in children are caused by toxic exposures.

Another 25%, the interaction of toxic exposures and genetic factors is thought to be causative. In 2012, scientists identified 10 chemicals suspected of causing learning disabilities and ASD

Of these, glyphosate is a top suspect for the simple reason that exposure to it is so widespread. Research published in 2019 found women exposed to 11 commonly used pesticides — including glyphosate — during pregnancy have a higher risk of having a child diagnosed with autism.

Pregnant women who lived within a 2,000-meter (1.24 miles) radius of a highly-sprayed area were 10% to 16% more likely to have children diagnosed with autism than those who lived farther away. As reported by Time:

“When they looked at diagnoses of autism spectrum disorder that also came with intellectual disabilities, they found on average 30% higher rates among children who were exposed to the pesticides while in utero. Exposure in the first year of life increased the risk of autism by up to 50% compared to those not exposed to certain pesticides.”

Glyphosate Is Likely a Key Culprit

Stephanie Seneff, Ph.D., who has spent a large portion of her career studying glyphosate, believes it is a significant cause or contributor to autism. She’s shown glyphosate:

The Roles of GI Inflammation and Maternal Gut Bacteria

Another potential trigger is maternal gut inflammation. Research published in early December 2021 found that when pregnant mice were challenged with immune activation, it changed their gut microbiota. This altered microbiota in turn primed the offspring for intestinal inflammation that resulted in neurodevelopmental disorders. MIT News reported the findings, noting:

When a mother experiences an infection during pregnancy and her immune system produces elevated levels of the molecule Interleukin-17a (IL-17a), this can not only alter brain development in her fetus, but also alter her microbiome such that after birth the newborn’s immune system can become primed for future inflammatory attacks.

Their new research … shows how IL-17a can act to also alter the trajectory of immune system development. ‘We’ve shown that IL-17a acting on the fetal brain can induce autism-like behavioral phenotypes such as social deficits,’ says Choi …

‘Now we are showing that the same IL-17a in mothers, through changes in the microbiome community, produces co-morbid symptoms such as a primed immune system.’

The researchers caution that the study findings are yet to be confirmed in humans, but that they do offer a hint that central nervous and immune system problems in individuals with autism-spectrum disorders share an environmental driver: maternal infection during pregnancy.”

Autism Is a Multifactorial Condition

A number of other culprits could also be named, such as retroviruses and electromagnetic field (EMF) exposure. According to Judy Mikovits, Ph.D., a retrovirus family known as xenotropic murine leukemia virus-related viruses (XMRV) may play a causal role in autism.

Disturbingly, one source for XMRVs is contaminated childhood vaccines. Mikovits details the history of this in her book, “Plague: One Scientist’s Intrepid Search for the Truth About Human Retroviruses and Chronic Fatigue Syndrome (ME/CFS), Autism and Other Disease.”

There’s no single answer to this problem. Since many different toxins can contribute, preventing autism must include the elimination of most toxic exposures.