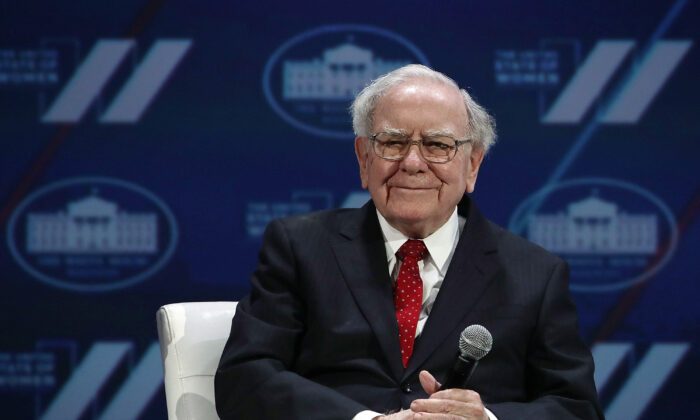 Warren Buffet during the White House Summit on the United State of Women in Washington, on June 14, 2016. (Alex Wong/Getty Images)
Markets

Warren Buffett has made billions investing in a wide range of companies, but Berkshire is, at its core, an insurance company. Buffett became interested in the insurance business at a young age after learning that his investing mentor Benjamin Graham was on the board of GEICO.

Buffett bought his first stake in the insurance business in 1967 at the age of 37 with National Indemnity Company and National Fire and Marine Insurance Company.

In 1996, Berkshire acquired 100 percent of GEICO, which is now one of three major Berkshire insurance subsidiaries, along with Berkshire Hathaway Reinsurance and General RE. Berkshire’s insurance businesses had a combined float of $91.6 billion and a combined annual profit of $2.1 billion as of 2016.

Since 1996. GEICO’s market share has expanded from about 2.5 percent to around 12 percent.