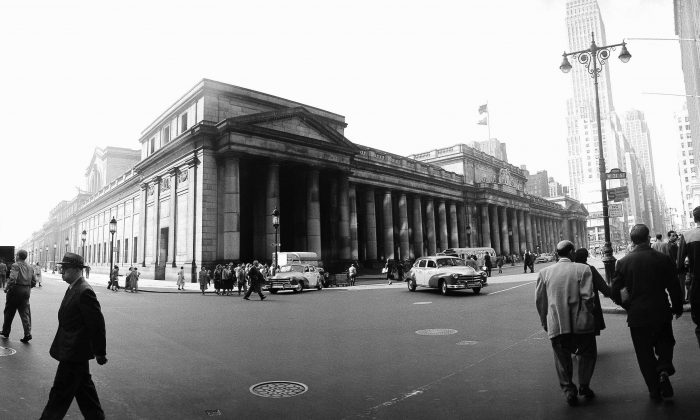 Things to Do Around NYC: September 2–8

Metropolitan Opera Summer HD Festival
Through Sept. 5
Lincoln Center Plaza
The series will present 10 past performances from the company’s acclaimed Live in HD series of movie theater transmissions, featuring leading Met stars in a varied selection of operas by Bizet, Donizetti, Lehár, Leoncavallo, Mascagni, Mozart, Puccini, Rossini, and Verdi. There will be 3,100 seats for each screening. Free. MetOpera.org

Stargazing at the Highline
Tuesdays, through Oct. 25
The Diller–von Furstenberg Sundeck (at West 14th Street)
Head to the High Line each Tuesday night for a romantic walk along the park and a chance to take a closer look at the stars. Peer through high-powered telescopes provided by the knowledgeable members of the Amateur Astronomers Association of New York to see rare celestial sights. Free. TheHighLine.org

Paint It Up: Still-Life Watercolor
Through Sept. 27
Poe Park Visitor Center, the Bronx
Experience the thrill of bringing a blank piece of paper to life, by creating a still life with a brush, paint, and water. Free. NYCGovParks.org

The Interweave of the Near East and Chelsea
Through Sept. 9
Guild Gallery II, 119 Ninth Ave.
Featuring the handmade Near Eastern inspired flat-woven carpets of NYC fiber artist Stanley Bulbach, whose work is influenced by his NYU doctorate in ancient Near Eastern Studies, and by the Levantine flavor of his community whose ethnic families have are now quickly disappearing from Chelsea. He creates his own yarns from specially bred sheep and uses dyes of ancient vegetal sources, reinterprets contemporary urban designs and imagery in a highly abstract and modern manner. Free. Bulbach.com

Lost in Old New York
Through Oct. 1
Museum of the City of New York
The Museum of the City of New York is offering museumgoers a chance to travel back to the 19th and 20th centuries with Lost In Old New York, an interactive installation of eight classic images of to the city’s most iconic locations. From the beaches of Staten and Coney Islands and the old Penn Station to the 1939 World’s Fair, Lost In Old New York celebrates the places that, for well over a century, helped New York become a world-class city. MCNY.org

Watteau’s Soldiers: Scenes of Military Life in 18th Century France
Through Oct. 2
The Frick Collection, 1 E. 70th St.
Most know Jean-Antoine Watteau as a painter of amorous aristocrats and melancholy actors, a dreamer of exquisite parklands and impossibly refined fêtes. Few artists would seem further removed from the misery of war. And yet, early in his short career, Watteau created a number of military scenes—about a dozen paintings and some thirty drawings. Frick.org

Photographs by Larry Silver
Through Dec. 4
New York Historical Society, 170 Central Park West
A showcase of 45 photographs of everyday New Yorkers and major New York City sites taken during a transformative period in history. This new exhibition highlighting the early works of the Bronx-born photographer captures the day-to-day life in the city’s post-World War II urban environment that has since largely disappeared. NYHistory.org

The Art of Discovery
Through Sept. 4
Steinhardt Conservatory, Brooklyn Botanic Garden
This colorful exhibit features artwork from the Garden’s book for young naturalists “The Kid’s Guide to Exploring Nature.” The environmental scenes created by children’s book illustrator Laszlo Veres in partnership with members of Brooklyn Botanic Garden’s Education staff show dozens of the plants and animals found in the forests, ponds, and meadows in the northeastern United States, including in New York City and other cities nearby. BBG.org

American Gardens on Canvas
Through Sept. 11
New York Botanical Garden
American Impressionism, a prominent artistic style that flourished at the turn of the 20th century, comes to life in a captivating Garden-wide exhibition. In the Conservatory, stroll through an American Impressionist garden, a stunning interpretation by Francisca Coelho, NYBG’s renowned curator and designer, of the alluring gardens that influenced iconic artists such as Childe Hassam and John Singer Sargent. NYBG.org

Park Armory Recital Series
Sept. 8–Nov. 20
634 Park Ave., Brooklyn
Since its reopening, the Belle Epoque splendor of the Board of Officers Room has shown through in magical recitals that invoke the salon culture of the Gilded Age. Featuring recitals by Lisette Oropesa, Roderick Williams with Jenny Agutter and Susie Allan; Kristóf Baráti amd Klára Würtz; and Andreas Scholl and Tamar Halperin; as well as two Lindemann Young Artist Concerts; and Roomful of Teeth. ArmoryOnPark.org

Organist Paul Jacobs
Sept. 14, 7:30 p.m.
Paul Hall, Lincoln Center
An eloquent champion of his instrument who argues that the organ for too long has been excluded from the mainstream of classical music, Paul Jacobs is known for his imaginative interpretations and charismatic stage presence. He has also been an important influence in the revival of symphonic music featuring the organ. The program includes Liszt, Brahms, and Reubke. $20. Events.Juilliard.edu

Donovan: The Retrospective/Sunshine Superman Fiftieth Anniversary Tour 2016
Sept. 15, 8 p.m.
Zankel Hall
On the 50th anniversary of his song “Sunshine Superman,” Donovan’s Fall tour makes a stop at Zankel Hall at Carnegie Hall. Donovan returns to Carnegie Hall for the first time since his 1984 performance. In the early days, he traded songs with Bob Dylan and was an influence on the Beatles. Donovan was a voice for “flower power” and the psychedelic revolution. CarnegieHall.org