‘They’re everything that you could want to see in a dancer,’ Says Ballerina 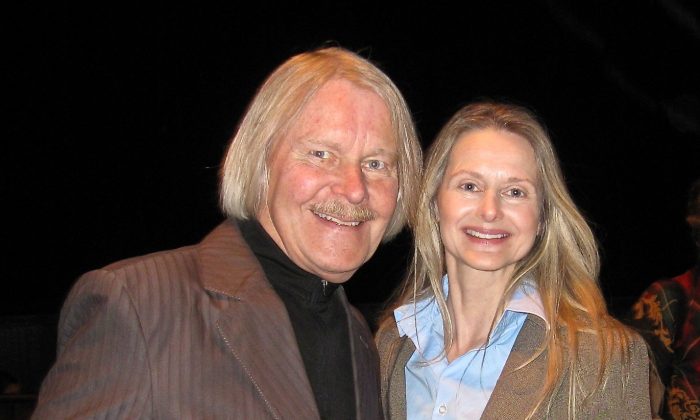 “It’s spectacular. I’m almost speechless because I loved it so much,” she said after the Jan. 26 matinee performance by the renowned classical Chinese dance and music company.

“They’re top-notch, they’re stunning, they’re articulate, they’re everything that you could want to see in a dancer,” she said.

Ms. Von der Crone attended the performance with her husband, Leif Nielsen, who is the founder, owner, and creative director of Toronto-based advertising agency Cream Advertising.

He was struck by the educational value of the show, saying that it immersed the audience in authentic Chinese culture and history.

“It’s a very clever way of doing it because [China] is an area a lot of people aren’t totally familiar with if they don’t travel a lot. They just hear about it, so this is a good introduction to really understand the culture without going there.”

The performance features about 20 presentations of music and dance that aim to capture the core essence of the traditional culture.

“The creativity of the storytelling too and the format of the show I really like,” she said, adding she appreciated the bilingual masters of ceremonies who gave an introductory explanation before each piece.

Mr. Nielsen also appreciated the display of the English translation of the lyrics sung by Shen Yun’s soprano, baritone, and tenor soloists.

“That’s very good, you understand the whole message,” he said.

According to the Shen Yun website, each song is an original composition with text that is rich with reflection on the origin and meaning of life.

Mr. Nielsen was also thrilled by the vividly animated backdrops which extend the range of the stage to bygone eras and heavenly realms. The backdrop is also timed perfectly with the dancers to create the illusion of the performers leaping in and out of the screen.