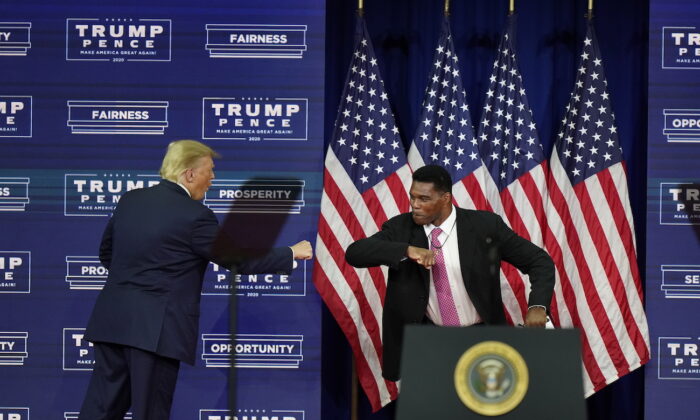 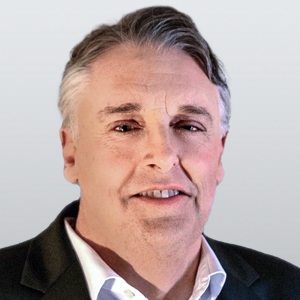 Fifty days remain until the Nov. 8 general election that will determine whether Democrats retain a majority in the House and Senate, or if Republicans can gain control of one or both chambers.

A lot can change in 50 days, campaign teams and political strategists agree.

Earlier in the summer, Republicans seemed to have a significant advantage with record-high inflation and gas prices and Biden’s low approval ratings. The Supreme Court’s decision to overturn Roe v. Wade in July appeared to energize Democrats.

The FBI’s raid on former President Donald Trump’s Mar-a-Lago residence in Florida in August has fired up conservative Republicans.

The economy, many political pundits believe, will play a significant role in the midterm elections, and Democrats are pointing to declining gas prices and Biden’s Inflation Reduction Act and student loan forgiveness plan as examples that brighter days are ahead for Americans’ bank accounts.

While multiple forecasts project that Republicans will regain control of the House, even GOP leaders are split about the future of the Senate. Nationwide, 14 seats held by Democrats and 21 filled by Republicans are on the ballot.

Senate Minority Leader Mitch McConnell (R-Ky.) told reporters in August that he believes Republicans have a better chance of winning the House than the Senate. The quality of the GOP’s Senate candidates could hinder the party’s ability to regain control of the Senate, he added.

“I think there’s probably a greater likelihood the House flips than the Senate. Senate races are just different—they’re statewide [and] candidate quality has a lot to do with the outcome,” McConnell said.

McConnell didn’t mention candidates by name, but Herschel Walker in Georgia and Mehmet Oz in Pennsylvania haven’t been performing as well as originally expected in the polls.

“Senator McConnell and I clearly have a strategic disagreement here,” Scott told Politico. “We have great candidates. He wants to do the same thing I want to do: I want to get a majority. And I think it’s important that we’re all cheerleaders for our candidates.”

Scott wrote in an op-ed published by the Washington Examiner: “Many of the very people responsible for losing the Senate last cycle are now trying to stop us from winning the majority, this time by trash-talking our Republican candidates.

“It’s an amazing act of cowardice, and, ultimately, it’s treasonous to the conservative cause.

“Giving anonymous quotes to help The Washington Post or The New York Times write stories trashing Republicans is the same as working with the Democratic National Committee.”

With early voting starting in some states, and less than two months until Election Day, here are five Senate seats that could flip:

While John Fetterman, the Democratic lieutenant governor of Pennsylvania, decisively won his party’s primary, Oz defeated David McCormick by fewer than 1,000 votes after a recount in a tense Republican primary.

Fetterman suffered a stroke days before the primary, cast his vote remotely from a hospital bed, and is still recovering. The candidates are vying to replace retiring Republican Sen. Pat Toomey.

Until the past few weeks, Fetterman had garnered sympathy for his health condition while trolling Oz on social media with memes depicting the celebrity surgeon as a wealthy carpetbagger from neighboring New Jersey.

Oz has responded by pointing to Fetterman’s absence from the campaign trail, questioning his cognitive abilities in the aftermath of the candidate’s stroke, and admonishing him for agreeing to only one debate.

Editorials in The Washington Post, Pittsburgh Post-Gazette, and The Philadelphia Inquirer also have expressed concern about Fetterman’s health and have criticized him for hesitating to debate Oz.

While the first absentee ballots were set to be mailed to Pennsylvania voters on Sept. 19, Fetterman has agreed to only one debate—on Oct. 25, two weeks before Election Day.

Oz wanted the first debate to occur on Sept. 6, but Fetterman declined. Instead, Oz held a press conference in the Philadelphia area with Toomey.

At the press conference, Oz and Toomey criticized Fetterman for refusing to debate and questioned his ability to serve in the Senate, if elected, because of his health issues.

After suffering the stroke on May 13, Fetterman had surgery to implant a pacemaker. It was revealed that he has a serious heart condition. Fetterman, who hasn’t provided access to his medical records, has said that he almost died.

Since the stroke, he has conducted just a few interviews with reporters, hasn’t held a press conference, and has incorporated closed-captioning in video interviews with media members.

Polls still favor Fetterman, although the race is tightening as both parties’ Senate campaign arms pour millions of dollars into advertisements.

In one of the nation’s most-watched Senate races, Trump-endorsed Adam Laxalt, Nevada’s former attorney general, leads incumbent Democrat Catherine Cortez Masto in an Emerson College Polling/8 News Now/The Hill poll released on Sept. 13. Laxalt is ahead 42 percent to 41 percent in the survey, which was conducted between Sept. 8 and Sept. 10 among 1,000 likely voters.

It’s only the second time in the past seven surveys that Laxalt has led Cortez Masto, according to FiveThirtyEight.

Laxalt “is not a superstar Republican recruit,” Kyle Kondik wrote in a Sabato’s Crystal Ball analysis on Aug. 4, although “he does at least stand out for being a prior officeholder and someone who has been through tough races in the past.”

Polls have flip-flopped in the Laxalt–Cortez Masto race. Laxalt held an edge in April, but after Roe v. Wade was overturned, there was a 10-point shift that saw Cortez Masto gain a 7-point advantage, according to a statewide Aug. 14–17 Suffolk University/Reno Gazette-Journal survey of 500 likely Nevada voters.

Democrats and Republicans acknowledge that abortion, and not solely the economy, will be a hot-button issue in the race.

The GOP is peppering the Wisconsin airwaves with negative ads about Barnes, tying him to the “squad” of House progressive Democrats.

Barnes is “not just a Democrat, but a dangerous Democrat,” the National Senate Republican Committee said in one such spot.

While Barnes “supports defunding the police,” the pro-Johnson Wisconsin Truth PAC said in its ad, he has countered with an ad denying that claim.

“To the extent there has been a shift, Wisconsinites are finally beginning to understand who Mandela is and what he truly believes,” Johnson told the Milwaukee Journal Sentinel. “Not that he’s telling them. He’s hiding from the press.

“I hope the mainstream media in Wisconsin starts demanding that he start answering their questions and be honest with them, which I don’t think he’s been,” Johnson added.

“He’s been running away from his past positions, which he realizes are out of the mainstream thought of Wisconsinites, incredibly unpopular.”

Candidates will rise and fall in the polls, Barnes campaign spokeswoman Maddy McDaniel said in a statement, “but our campaign remains focused on reaching every voter we need to win, and [Barnes] will continue to bring his message of fighting for the middle class to every corner of Wisconsin.”

Incumbent Democratic Sen. Raphael Warnock has agreed to debate Republican opponent Herschel Walker on Oct. 14 in Savannah. For several weeks, Walker had needled his opponent for not committing to a forum.

“The … big contrast between the two of us, and … you may not have heard this,” Walker told a crowd of supporters on Sept. 8. “The man is scared to debate me. Y’all hear? … No, he don’t want to debate me. I told him to show up Oct. 14 in Savannah, his hometown, and the man is still running. But he don’t know I can catch him.”

Warnock’s campaign believes it is Walker who has dodged debates.

“Today, the Warnock for Georgia campaign is challenging Herschel Walker to quit the games and show whether he’s really ready to represent Georgia,” the Warnock campaign said in a statement on Sept. 7.

“After Herschel Walker repeatedly claimed he was ready to debate, even going so far as to say Reverend Warnock should name the time and place, Walker has now done everything he can to avoid being forced to answer questions.”

Walker, who is endorsed by Trump and is beloved in the state for his University of Georgia football stardom, is the target of attack ads reminding voters of a past that includes mental health challenges and violence.

Walker is averaging half a percentage point ahead of Warnock, according to RealClearPolitics’ average, which rates the race a toss-up. The past three polls from different organizations conducted in late August or early September have indicated that Walker holds a lead ranging from 1 to 3 percentage points, which is within the margin of error.

Trump-endorsed challenger Blake Masters trails incumbent Democratic Sen. Mark Kelly by 1 point in the Arizona race for the U.S. Senate, according to a poll released by The Trafalgar Group on Sept. 18.

Kelly received 46.6 percent support of voters who were asked who they would vote for if the election were held that day. Masters garnered 45.4 percent.

The Cook Political Report calls the race a toss-up.

The Sentinel Action Fund is a super PAC linked to Heritage Action for America. The organization recently announced it will spend at least $5 million to support Masters. The breakdown of funds includes $3.5 million for television spots and $1.5 million for voter outreach.

Masters won the primary with $13.5 million in funding from billionaire tech entrepreneur Peter Thiel, who founded PayPal, among other ventures. Thiel hasn’t committed financial support for Masters in the general election.

The Senate Leadership Fund cut its September ad reservations for Masters and reallocated money to bolster Vance in Ohio.

To date, Democrats have secured $39 million worth of spots between now and Election Day, while Republicans have spent $14 million, AdImpact reports.

Reflecting each party’s nationwide strategy, in Arizona, the Democratic Senatorial Campaign Committee is focused on Masters’s pro-life stance on abortion, while the National Republican Senatorial Committee aired an ad reminding voters that Kelly “voted to keep [the] borders open to illegal criminals and to let them stay [in the United States] legally. Kelly voted to fund teaching … children woke racism and extremism.”

“He even supports extreme last-minute abortions right before a baby’s birth,” the ad states. “This is Mark Kelly’s radical, extreme America, but you don’t have to live in it.”