These Are the Cities Where Inflation Is Highest 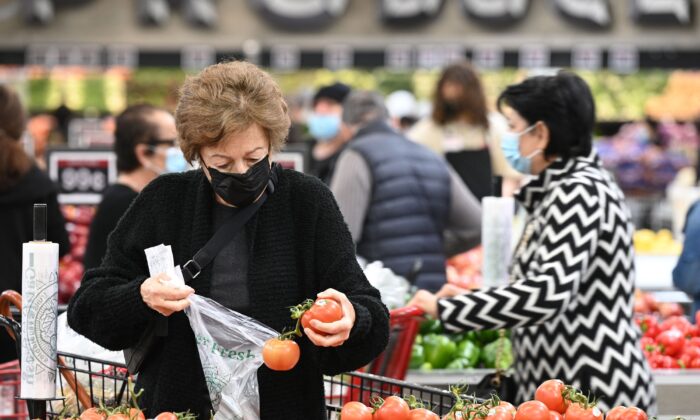 People shop for groceries at a supermarket in Glendale, Calif., on Jan. 12, 2022. (ROBYN BECK/AFP via Getty Images)
By Nicholas Dolinger

Leading the list of cities hit hardest by inflation is Georgia’s Atlanta-Sandy Springs-Roswell Metropolitan Area, which saw inflation of 9.8 percent in the past year. Atlanta was followed closely by Arizona’s Phoenix-Mesa-Scottsdale metropolitan area and the St. Louis metropolitan area bordering Missouri and Illinois, which experiences 9.7 percent and 8.3 percent overall price inflation, respectively.

Price inflation was at its lowest in traditionally expensive cities, such as New York and San Francisco. Overall, inflation saw its lowest rate in the San Francisco-Oakland-Hayward metropolitan area, with residents of the Golden City suffering from a smaller 4.2 percent rate of inflation over the past year.

The factors that result in such drastically different results are multiplicitous, but some analysts believe these results are largely a consequence of bad policy on the local and state level.

“Inflation impacting different regions and cities at different levels boils down to a few things, and they are all based on policy makers and policy decisions,” economist and CEO Julio P. Gonzalez told The Epoch Times. “From keeping businesses closed during the pandemic, to raising taxes, to mandating vaccines on businesses, all these factors have impacted the [severity] of inflation simply based on your zip code.”

Additionally, many of the cities and regions affected most heavily by inflation were those which saw the greatest population and economic growth in the past year. For example, Arizona led the nation in percentage population growth in the period from July 2020 to July 2021, as a result of a longstanding trend of coastal urbanites moving to more affordable interior metropolises such as Phoenix—a pattern which was accelerated by the CCP (Chinese Communist Party) virus.

While this has resulted in economic growth in these pandemic boomtowns, it has also strained the supply chain in regions previously unaccustomed to serving such large populations. When providers experience shortages of some goods in a given region, they are prone to raise prices on said goods, lowering the demand for the product in response to a scarcity of supply.

The report also indicated the varying rates of inflation across different goods categories. Whereas inflation has mercifully been less severe with regard to food prices (7 percent), prices have surged for transportation-related expenses, with gasoline rising by 40 percent in the past year.

Inflation was not kind to car prices either, with the prices of new and used cars rising by 12.2 percent and 41 percent, respectively.

The overall effect of such inflation is an onerous burden for consumers, for whom wages struggle to keep up with the rapidly rising prices of goods.

With car and fuel prices constituting some of the highest price hikes in the past year, this price inflation has been especially burdensome for rural citizens and residents of the American heartland, for whom private transportation constitutes a higher portion of their overall expenses.

However, with inflation affecting such essentials as food and housing across the board, it is likely that no one, regardless of geography, will be completely spared from the consequences of rising prices.