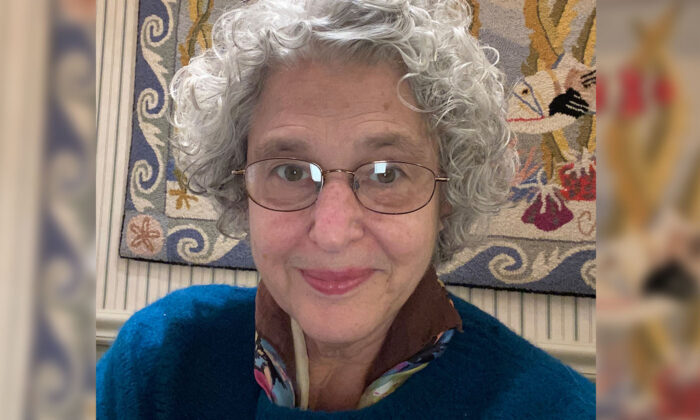 Though Dr. Meryl Nass, a board-certified internal medicine physician, has been untangling narratives of dis- and misinformation long before COVID-19, it wasn’t until recently that her license was temporarily suspended under the allegation that she is now spreading it.

Her research has brought her before Congress and state legislatures to give testimonies on bioterrorism, Gulf War syndrome, and vaccine safety.

Throughout her career, she’s consulted for international health and intelligence agencies regarding prevention, investigation, and mitigation of chemical and biological warfare and pandemics.

She spent three years investigating what had been deemed a naturally occurring anthrax outbreak during Rhodesia’s civil war.

Nass was able to prove that it was due to biological warfare, with her findings published in a 1992 paper that marked a new achievement in scientific research.

“This was important because it was the first time in history potential perpetrators learned they could be identified,” Nass told The Epoch Times. “You couldn’t just start an epidemic somewhere and assume that no one was ever going to prove it because there wasn’t any scientific way to prove that it was done. I established that way.”

She was the main author, along with Robert F. Kennedy Jr. (author of “The Real Anthony Fauci”) and Children’s Health Defense, of a citizen’s petition to the Food and Drug Administration (FDA) and its vaccine advisory committee regarding the authorization of COVID vaccines and why she said they’re not suitable for children.

As censorship and disinformation have thickened around the COVID narrative, Nass has followed and written about the suppression of early-treatment medication such as hydroxychloroquine and ivermectin.

Given this background, the Maine Medical Board of Licensure nevertheless saw it appropriate to charge Nass—a physician for 41 years—with misinformation, an allegation that came with no explanation as to what misinformation she was spreading.

“Never before has any censorship been imposed by a collection of organizations who are attempting to make law by whining in unison about misinformation with threats to licenses and board certifications—while there is no legal mechanism by which they can strip certification,” Nass said.  “There are no rules, regulations, or laws underpinning the threats of punishment for ‘spreading misinformation.’”

The Maine Medical Board of Licensure didn’t respond to The Epoch Times’ request for comment.

Five matters were reviewed by the board regarding Nass’s suspension.

There are two allegations that she was spreading misinformation.

In one matter, when asked by the pharmacist why she was prescribing hydroxychloroquine and azithromycin, she told the pharmacist that it was to treat Lyme disease.

“By fall, more and more pharmacies were refusing to dispense these medications if you were giving them for COVID, so every time I wrote a prescription for these drugs, the pharmacist would ask why I’m giving it, which they normally didn’t do,” she said. “If I said COVID, they wouldn’t dispense it.”

It was during this time that she was trying to obtain hydroxychloroquine for a high-risk patient.

“So, when the pharmacist called and asked why I was ordering the medication, I told them for Lyme disease, and therefore the patient was able to get the drug,” Nass said. “Five minutes later, I wrote the Maine Medical Board of Licensure and told them that my patients can’t get a potentially life-saving drug unless I tell a white lie, which is unacceptable.”

The board then used this to accuse her of committing “a serious crime.”

“Not a single one of these matters alleges that a patient was harmed or that I did anything illegal, apart from telling a white lie to a pharmacist,” she said.

However, there is another charge to be considered that should be applied to the medical boards, she said, which is inducement.

Inducement is a legal concept alluding to the creation of circumstances that cause someone to have to go against the law to prevent a worse problem.

“And I self-reported it to the board immediately after I did it, asking them to please change their policies so no one would have to be placed in this position again and we could go back to focusing on the care of patients primarily,” Nass said.

In addition to having her license suspended, Nass must undergo a psychological evaluation to get her license back.

“I guess they claim I’m crazy for prescribing ivermectin and hydroxychloroquine or for writing articles about problems with the vaccine,” Nass said.

By ordering a neuropsychological evaluation, Nass’s name gets sent to a national physician’s database, which she said is the “blackest mark” a doctor can get and makes it impossible for her to get a job or license in another state.

“The other thing it does is it allows all the records that I have sent to the board to enter the public domain, resulting in some of the medical records of my patients being repeated in media reporting on the case,” Nass said.

Nass hadn’t been seeking publicity, however, those records accessed through public domain were now cast into the limelight.

Nass suggested that the evaluation could also be an attempt by the board to punish her for challenging what she called the board’s self-appointed authority to create a new crime—the spreading of misinformation without defining what misinformation is—and charging her with it.

The vagueness of the allegation shifts with time, as public officials like Dr. Anthony Fauci of the National Institute of Allergy and Infectious Diseases were at one time stating that one couldn’t contract COVID-19 after being vaccinated, a claim that could currently be classified as misinformation.

Nass cited several instances in which fraudulent studies picked up by media resulted in the manufacturing of misinformation, such when The Lancet medical journal published a May 2020 observational study claiming that hydroxychloroquine significantly increased mortality.

The Lancet report contributed to a widespread stigma surrounding hydroxychloroquine, however, The Lancet later retracted the study.

On ivermectin, she pointed to misinformation generated by Rolling Stone last year.

The magazine sourced a local media outlet that cited Oklahoma physician Jason McElyea who claimed that people overdosing on farm-grade ivermectin were causing emergency rooms to fill up, leaving no room for gunshot victims.

Rolling Stone updated its article after a spokesperson at Northeastern Health System Sequoyah—where McElyea said the overcrowding was taking place—said McElyea hadn’t worked at that location in over two months, and that the hospital hadn’t treated any patients experiencing complications from ivermectin.

“There’s no law about misinformation,” Nass said. “The First Amendment gives you freedom of speech, and the Fourteenth Amendment specifically prohibits states from abridging those rights that the U.S. Constitution has given.”

Because of this, Nass said, the Maine medical board can’t suddenly enforce a law prohibiting misinformation.

“Also, laws are made in the legislature,” she said. “That’s the purpose of legislatures. And then agencies issue rules and regulations to carry out those laws; however, there is no law or rule on the books at a federal or state level about misinformation in the medical sphere.”

However, a group of non-profit medical organizations began issuing warnings in the fall of 2021, threatening physicians with license suspensions if they spread misinformation about COVID-19.

The Federation of State Medical Boards (FSMB), a non-profit organization that Nass said has no regulatory authority, is an organization to which state medical boards pay dues and depend upon for policies and training, Nass said.

In July 2021, FSMB issued this statement warning that physicians “who generate and spread COVID-19 vaccine misinformation or disinformation are risking disciplinary action by state medical boards, including the suspension or revocation of their medical license.”

“All of these organizations have presidents who earn about a million dollars, so they are what I call bloated nonprofits,” Nass said. “None of them had authority to threaten doctors’ licenses or their specialty certifications.”

In September 2021, the Tennessee Board of Medical Examiners adopted FSMB’s statement.

After one board member asked who will determine what constitutes misinformation, a staff member referred to an investigative process that would require the doctor to show proof from “recognized” academic and medical journals that support the doctor’s opinion.

Later, Tennessee state Rep. John Ragan said the board didn’t have the authority to create a new disciplinary offense without lawmakers’ approval.

The board pulled the statement from their website, but the question remained as to whether the board would continue to investigate and charge physicians because some have argued that there isn’t a precedent for the board upholding a policy that was not published on its website.

Ragan, a Republican who is chairman of the Government Operations Committee, the oversight committee for the board, told The Epoch Times that the adopted policy moved out of “the guardrails of the law” and gives the board arbitrary judgment on what misinformation is.

“I explained that if they are going to have a policy on this sometime in the future, they need to define what misinformation and disinformation are because otherwise what you have is the Inquisition,” Ragan said.  “It then becomes a situation of, ‘Heresy is what I say it is, and I’ll know it when I see it kind of thing.’”

In October, the Tennessee legislature passed a bill that emphasized the legislature’s role in drafting laws that establish disciplinary offenses regarding dispensing and prescribing medication for COVID-19.

‘They Have Invented a Law That They Refuse to Define’

While some lawmakers argued that legislators aren’t elected to oversee medically educated boards, Nass argued that the board members and staff are working for the state to assure the safe practice of medicine.

“Their role is to carry out the law, not invent new laws, which is the role of the legislature,” Nass said. “Not only that, they have invented a law that they refuse to define. None of the organizations, like the FSMB or AMA, or state agencies that have threatened or suspended doctors’ licenses, has had the courage to put into writing how they define misinformation and disinformation.”

Nass asked, “Do you want to live in a state that says the law is what we think it is, but we’re not putting it in black and white?”