Theatergoers Feel Called to Shen Yun Despite a Snowstorm 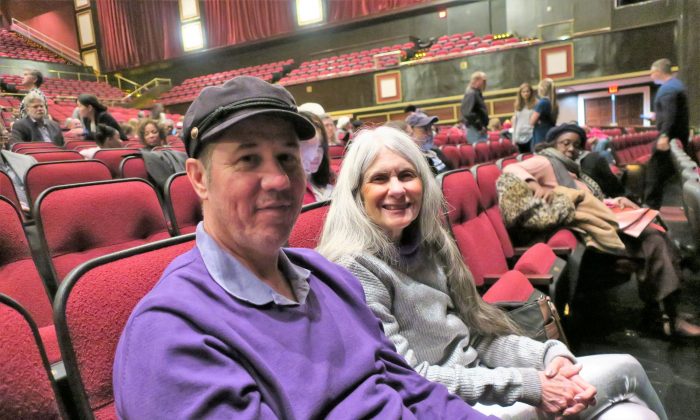 “I’m really impressed with the choreography and the dancing. It’s incredible. They make it look so easy. That’s how you know it’s really well-done, and it’s amazing.”

“[The animated digital backdrop] is like magic to the viewer.”

“We went through quite an adventure to get here [through a snowstorm]. It was like doing a video game. We had to keep going level to level to get here, … but I had a strong feeling that we would make it here fine and safe, and I just kind of followed that feeling like they say about some of the ancient traditions. I feel we must have reincarnated from something like that because I felt today was like a form of meditation getting here. … I got in another zone, and I just knew I would get here and safely.”

“We felt called, kind of like reached out because [Ponie Lee ] showed me the pamphlet. ‘Okay we’re going.’ I didn’t care what the weather was going to do as long as we could leave.”