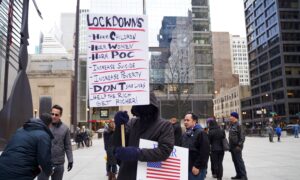 Stop the Lies: Lockdowns Did Not and Do Not Protect the Vulnerable
0
Share Now
TelegramFacebookTweetEmailTellMeWeReddit
Copy Link 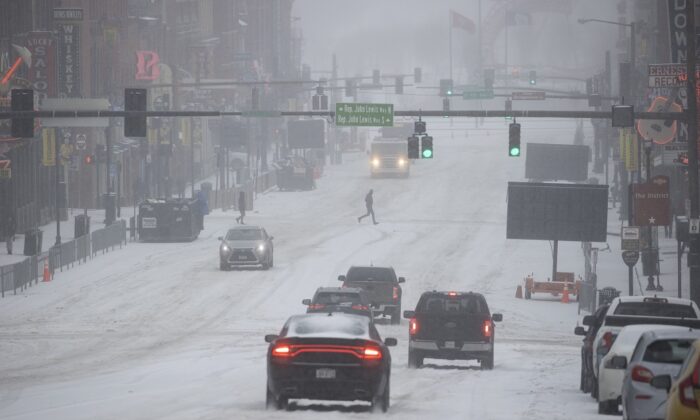 General view of Lower Broadway as vehicles and people traverse through snow and ice in Nashville, Tenn., on Feb. 15, 2021. (Brett Carlsen/Getty Images)
Viewpoints

The Year of No Science

Remember “The Year of Living Dangerously”? That was a 1982 film based on a 1978 novel about a love affair during the year Sukarno was overthrown in Indonesia, 1967.

2020 and now 2021 might be called the Year or Years of No Science … or maybe Phony Science … or Pretentious Science… or, perhaps most accurately, Political Science (but not with the usage commonly employed).

Yes, I know we have seen the extremely rapid appearance of COVID-19 vaccines from several companies, but we have no way of knowing if they work long term or, more importantly, if they were necessary.

(FULL DISCLOSURE: I have taken both Pfizers myself, largely because it will undoubtedly soon be required by our government to be able to travel.)

It’s quite possible this pandemic would have run its course the way all others have without intervention—or that it was highly exaggerated in the first place.

No one has fully explained that not that many more Americans died in 2020 than in previous years, when the pandemic was supposed to have killed hundreds of thousands, nor has anyone a satisfactory theory for why countries and states without lockdowns often do as well as those with the most stringent regulations.

And this isn’t even to mention the number of extraordinary and endless contradictions (mask/no mask, hydroxychloroquine yes/no, ivermectin yes/no, and so on) we have had from medical experts, sometimes apologizing to us for their mistakes but other times changing their minds in full view as if we never noticed.

And all this is adjudicated by politicians, many, if not most, of whom couldn’t now easily pass a high school chemistry test. Does anyone think our president could?

They speak of “settled science,” but they don’t even know what science is.

But none of this should be a surprise.

I am writing this locked in my Nashville house, not by COVID-19, but by snow and ice that don’t allow me to drive my car down my driveway without landing in a ditch.

In about an hour, another 6 to 8 hours of nonstop snow and ice are predicted. Neither my wife nor I are likely to able to leave home to shop for food for several days. (We have emergency supplies.)

I gather things are worse in Texas, to the south of us, where millions are without power in freezing weather.

Fifteen years ago, Al Gore, in his Oscar-winning film “An Inconvenient Truth,” predicted that “within the decade, there will be no more snows of Kilimanjaro.”

We all know how ridiculous that sounds now (well, everyone but John Kerry and Joe Biden and an endless stream of miseducated social justice warriors who have never read, nor heard of, Bjorn Lomborg).

Of course, those were the days of “global warming,” before it morphed conveniently into the factually meaningless “climate change.”

After all, you can’t get the lusted-after political power and financial gain if you say the sun is vastly more important to our weather and climate (a distinction, we are told, is important, so I put them together) than human endeavors.

So maybe we have been living in the Year of No Science for a long time, since the days people thought the world was flat, which was most of history by far.

It could be that people today are equally ignorant about the truth—or nearly. The idea of “settled science” is an oxymoron, and those who speak of it are only making fools of themselves.

Climate and COVID-19 are much the same. We should be humble before making definitive statements. And we should always be skeptical of politicians who say they are “trusting the scientists.” Which scientists and why?

Meanwhile, since I wrote the ninth paragraph above this one, the snow and ice storm has returned, about half an hour earlier than predicted. The temperature is 25 Fahrenheit, about another 25 to 30 degrees below normal for February in Nashville.

People on my NEXT DOOR app are warning our neighbors not to go out jogging or even to walk their dogs on the streets for fear the cars will not be able to stop and run them over. They are sharing pictures of many autos in ditches.

But not to worry. We are reentering the Paris Climate accord. All will be saved.