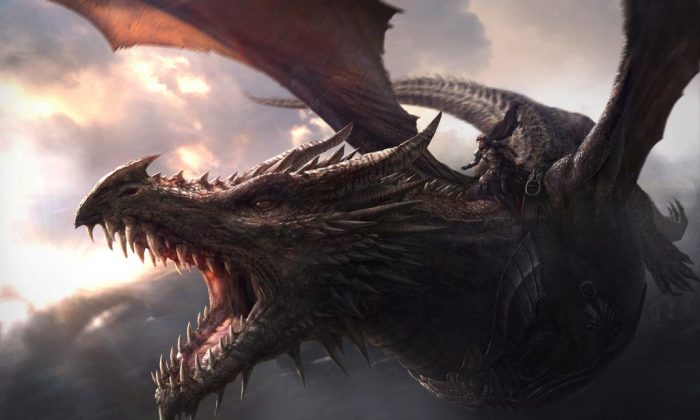 Author George R.R. Martin has revealed the cover of one of his upcoming books, The World of Ice & Fire.

“Bantam has changed the cover for our forthcoming concordance, THE WORLD OF ICE & FIRE, several times,” he told fans via his blog.

“You’ve seen a couple of the earlier mockups here and on my website. Now here’s the latest and… I am told… final cover.”

“WORLD OF ICE & FIRE will be out in the fall,” Martin continued.

“It is going to be a gorgeous book, a big coffee table volume with lots and lots of stunning artwork, and tons of fake history.  We were supposed to provide 50,000 words of text, but… ah… I got carried away.”

Garcia said in his own blog post that the book will be around 330 pages, and confirmed that the word count is “much, much longer” than the contracted 50,000 words.

The book “is chock-full of some truly gorgeous art, more of it being added as we speak,” he said. “Lots of new information, about the ancient history of the world, about the various regions, about the Targaryens and the Lannisters, and even about the strange, far-off places of Essos, from the Free Cities to Asshai and the Summer Isles.”

An except should be published next week, he added. Martin published a sample earlier this year.