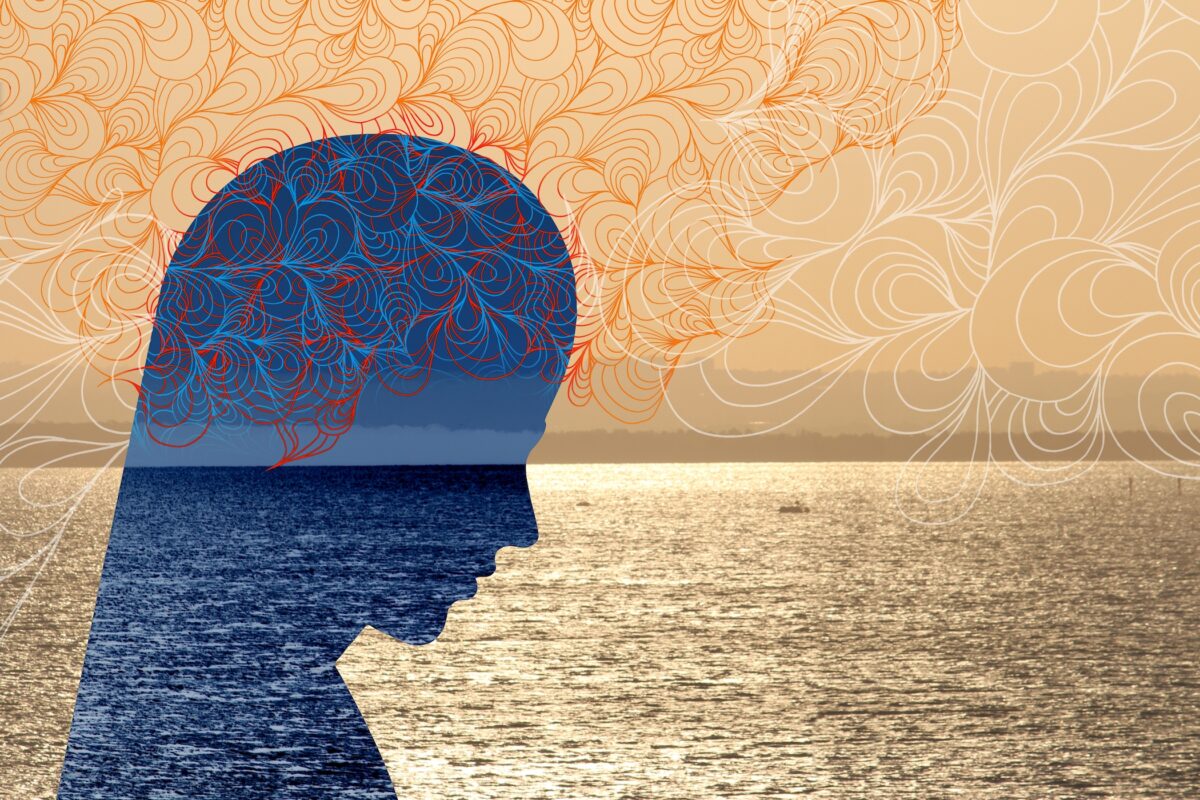 The World Is Suffering From Mass Formation

The phrase ‘drink the Kool-Aid’ originates from events in Jonestown in 1978 in which over 900 people died for an extreme cause.

A number of mental health experts have expressed concern over the blatant fear and panic mongering during the COVID-19 pandemic, warning about potential — and let’s face it, likely — psychiatric effects. In a December 22, 2020, article in Evie Magazine, S.G. Cheah discusses what may in fact be the real problem at hand: mass insanity caused by “delusional fear of COVID-19.”

Cheah refers to lectures and articles by psychiatrist and medical legal expert Dr. Mark McDonald, who believes “the true public health crisis lies in the widespread fear which morphed and evolved into a form of mass delusional psychosis.”

“Even when the statistics point to the extremely low fatality rate among children and young adults (measuring 0.002% at age 10 and 0.01% at 25), the young and the healthy are still terrorized by the chokehold of irrational fear when faced with the coronavirus,” Cheah writes.

Cheah goes on to review a number of irrational behaviors that have become all too commonplace, such as parents being kicked off planes because their young children refuse to wear a mask during the flight, or people having hysterical meltdowns when they see a person not wearing a mask.

The science is quite clear about the risk posed by asymptomatic individuals, meaning anyone who feels perfectly healthy yet may have tested positive for SARS-CoV-2 with a PCR test set to an excessively high cycle threshold. They pose an exceptionally low risk to others, if any risk at all. Science is even clearer on healthy individuals who test negative for SARS-CoV-2. You simply cannot spread a virus you do not have.

The bulk of published science also shows that masks do not prevent the spread of viral infections, and this is particularly true if you’re wearing cloth masks, surgical masks or masks with vents.

Despite all of that, many still enter a state of hysteria when they see an unmasked person, even if they look perfectly healthy and clearly are not suffering from any kind of respiratory issue. This is a highly irrational state that has no basis in reality.

Indeed, according to McDonald, these people are suffering from delusional psychosis, and there are a lot of them. He goes so far as to refer to the outside of his home or office as the “outdoor insane asylum,” where he must assume “that any person that I run into is insane” unless they prove otherwise. As explained by Cheah:

It’s one of the reasons why you’re seeing so many people who’d happily approve the silencing of any medical experts whose views contradict the WHO or CDC guidelines. ‘Obey the rules!’ becomes more important than questioning if the rules were legitimate to begin with.”

In his interview with Jesse Lee Peterson (video above), McDonald explains his diagnosis this way:

“There was never a medical crisis. There were always enough resources to deal with the people who were sick … Many resources were in fact turned away … The question then, for me, became, ‘What’s the real crisis? What are people really suffering from?’

It became clear to me, very quickly, within the first two or three weeks in March [2020], that it was fear. Since then … the fear … has morphed and evolved, not just into a ‘I’m worried, I’m scared so I need to stay home,’ but an actual belief that is against reality — because the definition of delusion is something you believe that doesn’t conform with reality.

They believe that they are going to die — no matter what age, no matter what state of health they’re in — if they don’t leave their house with a mask and gloves on every day and run from [other] human beings. That’s delusional psychosis. It’s false, it’s wrong, it’s not backed up by evidence. And many, many Americans are living that and believing that.”

While there’s no data to back this up, McDonald says it appears women tend to be more prone to delusional psychosis than men. Part of it, he suggests, may be because when women get scared, they tend to become more hyperprotective than men under the same circumstances, likely because women — speaking in pure generalizing terms, of course — tend to be more emotionally driven.

McDonald is particularly concerned with the lasting effects this widespread insanity will have on children as they grow up. As a psychiatrist specializing in the treatment of children and adolescents, he should know. Since the lockdowns began in the first quarter of 2020, he’s seen a massive increase in patients, and their mental states are far worse than what he’s used to seeing in these age groups.

One of the worst traumas children suffer as a result of all this fearmongering is the idea that they may kill their parents or grandparents simply by being around them. As noted by Cheah, they’re also being taught to feel guilty about behaviors that would normally be completely, well, normal.

Just one example is hysterical adults calling a toddler who refuses to wear a mask a “brat,” when in fact resisting having a restrictive mask put across your face is perfectly normal at that age.

“It’s not normal for children to grow up thinking that everyone is a danger to everyone else,” Cheah says, and rightly so. It’s not normal at all, and hysterical adults are mindlessly inflicting severe emotional trauma on an entire generation.

As noted by McDonald in his interview with Peterson above, a primary cause of depression, especially among youngsters, is disconnection from others. We need face-to-face contact, we need physical contact as well as emotional intimacy. We need these things to feel safe around others and within our own selves. Digital interactions simply cannot replace these most basic human needs, and are inherently separating rather than connective.

McDonald cites recent CDC statistics showing there’s been a 400% increase in adolescent depression compared to one year ago, and in 25% of cases, they’ve contemplated suicide. These are unheard of statistics, he says. Never before have so many teenagers considered committing suicide.

“This is a mass-casualty event,” McDonald says, and parents — adults — are to blame, because they are the ones scaring them to the point they don’t feel life is worth living anymore.

We must also address the mass delusion for another reason, and that is because it’s driving us all, sane and insane alike, toward a society devoid of all previous freedoms and civil liberties, and the corrupt individuals in charge will not voluntarily relinquish power once we’ve given it to them.

A totalitarian society, McDonald believes, is the ultimate end of this societal psychosis unless we do something about it and realize that “we’re fine, we’re perfectly safe.” Indeed, we’re in no more danger now than we were pre-COVID. We must not allow our freedoms to be taken from us due to delusional fears. As noted by Cheah in her article:

“It’s not unthinkable that the final outcome would be total societal control on every aspect of your life. Consider this — the endpoint of a mentally ill person is for them to be put under a controlled environment (institutionalized like an asylum) where all freedoms are restricted. And it’s looking more and more like that’s the endpoint of where this mass psychosis is heading.”

A December 18, 2020, Tweet by political commentator Candace Owens also sums up how irrational fear and panic have figuratively lobotomized a significant portion of the public:

McDonald points out that many of our leaders obviously do not suffer these same delusional fears. They issue stay-at-home orders from their vacation homes in the Caribbean and repeatedly break their own mask and lockdown mandates. They ride their bikes, stroll through the park, have family gatherings and dine out without a care. They know COVID-19 isn’t the deadly plague it’s been made out to be, but they’re playing the game because it benefits them.

In it, he points out that not only has fear morphed into a delusional belief that masks, gloves and physical separation are required to stay alive, but fear has also been turned into a virtue, which is doubly tragic and wrong.

Wearing a mask has become a way to demonstrate that you’re a “good person,” someone who obviously cares about others, whereas not wearing a mask brands you as an inconsiderate lout, if not a prospective mass murderer, simply by breathing.

“Healthy people should never wear masks, social distance or self-isolate. Not only are these strategies unhealthy from a physical standpoint, they also perpetuate the delusional psychosis gripping the nation and therefore must end.”

By encouraging us to remain in fear, to burrow and settle into it and allow it to control and constrain our lives, the fear has become so entrenched that anyone who says we need to be fearless and fight for our freedoms is attacked for being not only stupid but also dangerous. “I would argue that it’s the opposite,” McDonald says.

The problem we now face is that the delusion has taken such hold that even if the mask mandates ended nationwide today, many would refuse to give up their masks, and they would not stop chastising those who don’t wear them, either. What’s more, we now have private companies pushing these freedom-robbing edicts, refusing services to those who don’t wear masks.

Already, certain venues across the U.S. and around the world won’t allow you in if you don’t have the COVID-19 vaccine, and private corporations are the ones instigating those unconstitutional rules. Even U.S. President Joe Biden is pushing vaccine mandates for admission to entertainment venues.

If you understand the technocratic agenda, then you know why that is. It’s because many private companies are part of the global technocratic alliance that is trying to eliminate our freedoms in order to enrich themselves.

“We started out with fear and hysteria. We moved to delusional psychosis, and now we have group control,” McDonald says. “Now we don’t have police officers and government coming after us. What we have more of is our fellow citizens now castigating us, legally limiting us from getting into vehicles [such as Uber or plane], going into businesses [and] getting jobs.”

Restoring Sanity as We Move Forward

Essentially, citizens are now acting as a de facto “police force” to suppress other people’s freedom, and this has a terribly harmful effect on society. So, how do we get out of the proverbial insane asylum? How do we restore sanity to our society while still helping those who are at greatest risk for complications and death from COVID-19? McDonald offers the following suggestions in his lecture and the featured interview:

WHO.int Advice on the Use of Masks in the Context of COVID-19