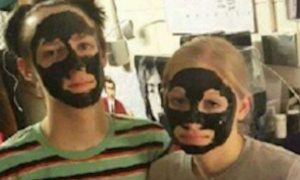 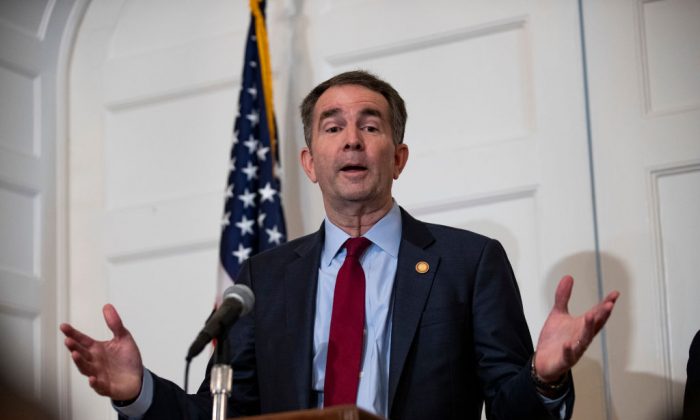 The “blackface scandal” proved beneficial for two reasons: It displaced the frenzy over Democratic Virginia Gov. Ralph Northam’s support for a law lifting many restrictions on late-term abortion, and it took away headlines from the commonwealth’s Democratic lieutenant governor, who faces two sexual assault allegations.

But the blackface controversy has legs.

Northam’s 1984 medical school yearbook page depicted a photograph of someone in blackface and someone in a KKK outfit, both apparently holding cans of beer. At first, Northam apologized for the pictures, arguing that they do not accurately reflect his character. The next day he said that, upon review, he is neither the person posing in blackface nor the one in the KKK outfit, nor did he know how the photos ended up on his yearbook page.

He admits that he once learned the moonwalk and applied black shoe polish to his cheeks to appear as Michael Jackson for a dance contest. When a reporter asked Northam if he could still do the moonwalk, Northam’s wife stepped in, calling the request “inappropriate.” Maybe she had seen him do it and was not impressed.

A page designer of that yearbook explained the process. Each student, he said, submitted the pictures to appear on the student’s page. This means, whether or not Northam is the person in blackface or in the KKK outfit, he nevertheless selected the photographs. The page designer doubts the pictures somehow got mixed up. Still, Northam insists he will not resign.

“I have thought about resigning,” he said, “but I’ve also thought about what Virginia needs right now. And I really think that I’m in a position where I can take Virginia to the next level, and it will be very positive.”

But there’s more. Turns out there are two Virginia blackface scandals.

Democratic Virginia Attorney General Matt Herring admits that he, too, wore blackface to a party to imitate “rappers we listened to … like Kurtis Blow.” Herring was 19. In his statement of apology, he said that “the shame of that moment has haunted me for decades.” The “shame” of wearing blackface on one occasion to a party to impersonate a rapper Herring listened to “haunted” him “for decades”?

Virginia Democratic lawmakers demand Northam’s resignation, as have many Republican members of the Virginia legislature. Hillary Clinton wrote on Twitter: “This has gone on too long. There is nothing to debate. He must resign.” Presidential candidate Sen. Kamala Harris (D-Calif.) said in a tweet, “The governor of Virginia should step aside so the public can heal and move forward together.”

But wait. Blacks, the group presumably the most offended by blackface pictures, want the governor to stay in office.

A new Washington Post-Schar School poll asked, “Considering everything, do you think that Northam should step down as a governor of Virginia or not?” While Virginians as a whole split evenly on whether Northam “should step down,” 58 percent of black Virginians want him to stay, with 37 percent disagreeing, a 21-point margin in favor of the governor. Apparently, blacks in Virginia have resisted the call to hop up and salute the flag of victimhood.

Critics of President Donald Trump accuse him of coarsening “race relations” and creating an atmosphere through the use of “racist dog whistles” to “normalize” racism. But according to Gallup polls since 2001, non-Hispanic whites’ ratings of “relations between whites and blacks” as “very good” or “somewhat” good peaked at 75 percent in 2007 during the George W. Bush administration.

It declined steeply during the presidency of Barack Obama, reaching a low of 45 percent in 2015. For blacks, ratings of “very good” or “somewhat good” race relations also peaked during the Bush administration, at 70 percent in 2001. As recently as 2013, the number for blacks stood strong at 66 percent, but by 2016, it had dropped to 49 percent. The drop in those perceiving “race relations” as “very good” or “somewhat good” occurred well before Trump descended the elevator at Trump Towers to announce his candidacy for president.

Get out the magic wand, wave it over America, and remove the racism, along with any blackface makeup.

Nearly 70 percent of black kids are born to unwed mothers. The dropout rate in some urban high schools approaches 50 percent. Of those who do graduate, many cannot read or do math at a 12th-grade level.

In Chicago, a city approximately one-third white, one-third black, and one-third Hispanic, blacks accounted for nearly 80 percent of homicide victims in 2018, and most of these cases remain unsolved. According to a 2017 report by the Centers for Disease Control, a black child is almost 10 times more likely to be a victim of a gun-related homicide than a white child.