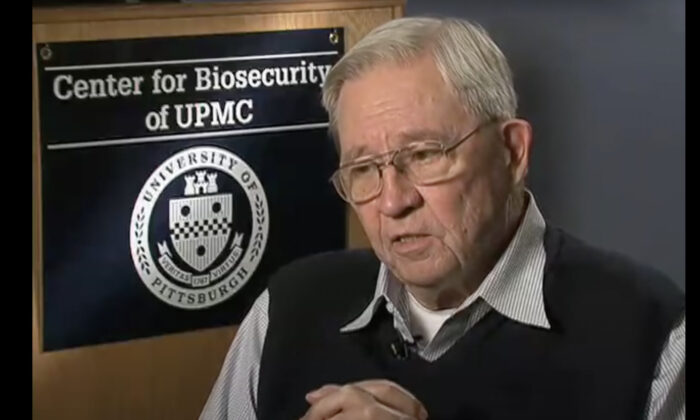 The Vindication of D.A. Henderson

“We were going to invent pandemic planning.”

Those were the words of Dr. Rajeev Venkayya in 2005 when he headed the White House bioterrorism study group under George W. Bush. “We want to use all instruments of national power to confront this threat,” Venkayya told colleagues in the administration, as reported by Michael Lewis in his book “The Premonition.”

That was the birth of the idea of national lockdown for pathogenic threat. To mainstream epidemiologists, the idea seemed crazy and potentially ruinous at the time, a fact that only emboldened its creators. Venkayya’s colleague computer scientist Robert Glass told Lewis:

I asked myself, “Why didn’t these epidemiologists figure it out?” They didn’t figure it out because they didn’t have tools that were focused on the problem. They had tools to understand the movement of infectious diseases without the purpose of trying to stop them.

Another convert to the idea, Dr. Carter Mecher, a man who was highly instrumental in provoking school shutdowns March 17, 2020, summed up the idea:

“If you got everyone and locked each of them in their own room and didn’t let them talk to anyone, you would not have any disease.”

One can only marvel at the hubris that contradicted a century or more of public-health practice. But somehow the idea caught on and spread. I had offered a critique of all of this in 2005 but hardly anyone was seriously interested at the time. The advocates of lockdowns had to wait 15 years for their moment but finally it arrived in 2020. Panic was in the air and everyone was crying out for a solution. This was their day, their experiment, their wild ride into the unknown.

Like a virus, the practice of lockdown began in China, spread to Italy, came to the United States, and eventually snagged every country in the world but a few holdouts that tried to maintain life as normal. It happened to the cheers of national media and Big Tech, while most scientists, public health officials, and medical doctors remained silent. The brave few who spoke out against what was happening were shot down as heretics, while suffering smears and attacks that continue to this day.

In my own conversations with Venkayya early in the pandemic in 2020, I kept asking the same question again and again: what happens to the virus? He had two answers. First, bringing down infections below the transmission rate of 1-to-1 eventually eradicates it. Based on my reading, I was skeptical. In response, he pointed out that there will eventually be vaccines. I simply could not imagine in those days that lockdown could last that long.

What I hadn’t known at the time—but which was predicted by many who understand this type of virus and also could be intuited from reading the EUA—was that the vaccine in fact would not be capable of sterilizing the virus or stopping the spread. It would be a different kind of vaccine, one that mitigated against hospitalization and deaths so long as the duration of effectiveness lasts.

The entire lockdown ideology reminded me of Edgar Allan Poe’s short story, “Masque of the Red Death.” The prince and the aristocracy hid in a castle during the pandemic and planned a big party once the pathogen was gone. But the pathogen found them eventually. You can get the rest.

One country that followed the lockdown/vaccine playbook in every respect, seeking fully to eradicate the virus, was Hong Kong. It’s been praised for two years for its track-and-trace, its universal masking, its travel restrictions, and its high vaccination rate. Covid did seem to be kept at bay, for a long time.

Now at the seeming end of the pandemic, right as the rest of the world has come around to the view that we must “live with Covid,” Hong Kong has experienced its worst outbreak. Its death rate per million has set new records.

Whatever the explanation for this astonishing spike, this much we know: the experience represents the total failure of lockdown ideology. Something very similar is happening anywhere in the world where zero-Covid was practiced.

Of course it’s not just Hong Kong. Many empirical studies, even from the summer of 2020, have demonstrated no systematic long-term relationship between policy stringency and virus mitigation. There is no eradication through social and economic controls.

Venkayya and his friends might have invented “pandemic planning” of this sort but it did not work. Instead it created mass suffering, demoralization, confusion, and public anger, not to mention having vastly expanded government power over the entire world. It is not an accident that censorship, ill-health, illiteracy, and now war are left in the wake of this fiasco. The lockdowns shattered what was called civilization, rooted in the rights and freedoms that “pandemic planning” reduced to nothingness.

We should remember the man who called out this crazed ideology back in 2006. He is Donald A. Henderson, the world’s most important epidemiologist at the time. He had worked with the World Health Organization and is given primary credit for the eradication of smallpox. His book on the topic is a tour de force and a model of how a genuine public health official goes about his work.

His 2006 article provided a comprehensive critique of lockdown ideology. The title is “Disease Mitigation Measures in the Control of Pandemic Influenza.” He notes the new interest “in a range of disease mitigation measures. Possible measures that have been proposed include: isolation of sick people in hospital or at home, use of antiviral medications, hand-washing and respiratory etiquette, large-scale or home quarantine of people believed to have been exposed, travel restrictions, prohibition of social gatherings, school closures, maintaining personal distance, and the use of masks.”

“We must ask,” he writes, “whether any or all of the proposed measures are epidemiologically sound, logistically feasible, and politically viable. It is also critically important to consider possible secondary social and economic impacts of various mitigation measures.” Coming under special scrutiny here was the neologism “social distancing.” He points out that it has been deployed to describe everything from simple actions to avoid exposure to covering full-scale closures and stay-at-home orders.

He approves of course of hand-washing and using tissues but points out that while these practices have individual value, there is no evidence that making the practices widespread will somehow end a pandemic or even stop the spread of a virus. As for the other measures—travel restrictions, closures, stay-at-home orders, prohibition of gatherings, masking—he shoots them down one by one using logic, experience, and citations from literature. While it is good to be prepared for a pandemic, we must remember that they do come and go. Wrecking society and rights achieves nothing.

He saves the best as the final flourish. Read it and see his prophecy in action:

Experience has shown that communities faced with epidemics or other adverse events respond best and with the least anxiety when the normal social functioning of the community is least disrupted. Strong political and public health leadership to provide reassurance and to ensure that needed medical care services are provided are critical elements. If either is seen to be less than optimal, a manageable epidemic could move toward catastrophe.

Dr. Henderson died in 2016. Four years later, precisely what he warned against became policy the world over. And yet after two years of hell, and now that the fear has subsided and the political and bureaucratic class is acquiescing to the dramatic change in public opinion, the pandemic is becoming endemic in exactly the way it always has in the past, precisely as he said it would.

Fortunately, we have this textual evidence of Henderson warning, so no one can say: we could not have known.

What are the lessons here? When someone with power proclaims to have a new theory and practice to eradicate something undesirable, and it only requires the temporary suspension of all rights and liberties, look out. If they get their way and the damage is done, they will very likely not be found anywhere to accept responsibility. And the rest of us will be left with the carnage, plus living under a planning machinery looking for another mission to distract the public from its failures.