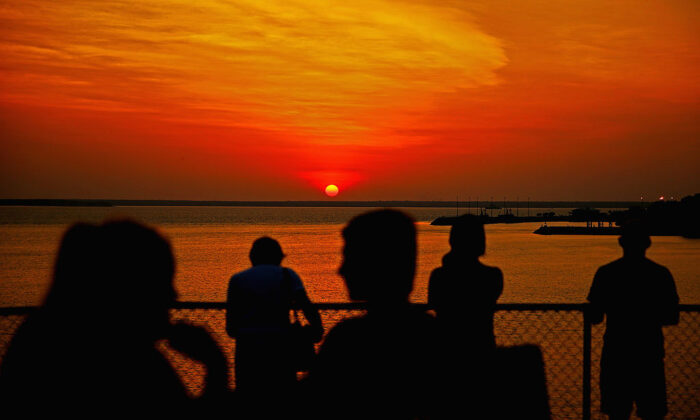 A major earthquake that struck beneath Indonesian waters overnight has been felt as far away as Australia’s Northern Territory city of Darwin.

Locals were woken up by tremors which they said lasted for up to one to several minutes, with almost 2,000 felt reports lodged with Geoscience Australia (GA).

The body said there was no threat of tsunami to Australia’s mainland, islands, or territories.

The epicentre of the quake was about 250 kilometres northeast of Dili and 50 kilometres east of Indonesia’s Maluku islands in the Banda Sea.

GA senior seismologist Hadi Ghasemi told the ABC there was a “moderate to light level of ground shaking,” with no damage to well-built structures.

Meanwhile, independent meteorologist Karl Lịinders said the quake’s duration “was really quite unusual for this part of the world.”

Northern Territory Chief Minister Michael Gunner agreed, commenting on Twitter: “It was certainly one of the biggest we’ve experienced in the Territory in a while.”

About 4am this morning, #Darwin felt the tremble of an earthquake off the Barat Daya Islands in #Indonesia.

It was certainly one of the biggest we’ve experienced in the #Territory in a while. pic.twitter.com/j6SXX6n4DW

A number of residents said they heard a rumbling sound, while others reported that some buildings in the city and northern suburbs have been shaking.

“That was scary! There’s a big earthquake somewhere. The tremors woke me up and lasted a good five minutes,” one person wrote on Twitter.

“The ground just shook for a full minute in Darwin. Nothing like a possible 4am earthquake to remind you 2021 isn’t done with us yet,” another Twitter user suggested.

“Woken at 4am to the bed shaking and wardrobe mirrors rattling to stand on the floor and the whole building moving was quite surreal,” Twitter user Jason Woodman wrote.

There are no reports of injuries and damages at this stage.

Last year, some buildings in the Darwin CBD were evacuated after a magnitude-7.2 quake struck in the Banda Sea.