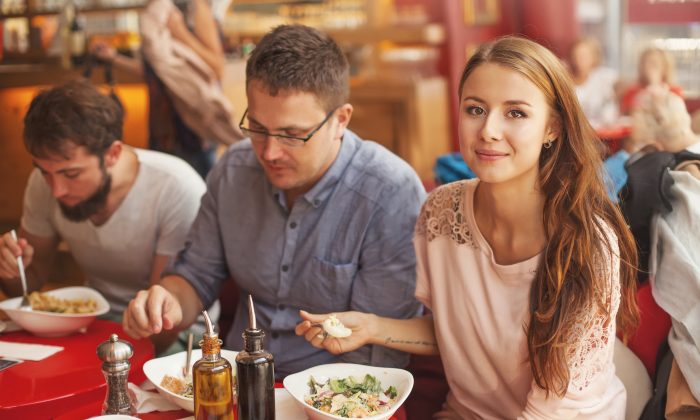 The Surprising Foods That Alleviate Anxiety

If I told you that bacteria could alleviate your anxiety you’d probably think I was joking or uninformed. But, if you suffer from anxiety, particularly social anxiety, you’ll be happy to learn about the exciting research conducted by researchers at the College of William and Mary, in Williamsburg, Virginia that shows bacteria, indeed, may be the solution to your anxiety. The study, which was published in Psychiatry Research, found that regular consumption of fermented foods replete with plentiful amounts of beneficial bacteria reduced social anxiety.

What Anxiety Does to Your Body (Infographic)

In the College of William and Mary study, 710 students completed food diaries about their intake of fermented foods over the previous 30 days. They were also asked about exercise frequency and their consumption of fruits and vegetables so that the researchers could control for healthy habits beyond fermented food intake. Researchers found that those who ate higher amounts of fermented foods had lower levels of social anxiety. The link was particularly noticeable among those who demonstrated signs of neuroticism.

It may be hard to comprehend how bacteria can affect your mind, but an increasing body of research is proving that they do.

Matthew Hilimire, a professor of psychology at the College of William and Mary and one of the researchers who conducted the study said in an interview with PsychCentral, “It is likely that the probiotics in the fermented foods are favorably changing the environment in the gut, and changes in the gut in turn influence social anxiety,”

The study found that those people who are prone to anxiety experience less social anxiety when they frequently consume fermented foods replete with probiotics.

It may be hard to comprehend how bacteria can affect your mind, but an increasing body of research is proving that they do. A study conducted by researchers at McMaster University, in Hamilton, Canada and published in the medical journal Gastroenterology, found that the specific probiotic known as Bifidobacterium longum eliminated anxiety and normalized behavior. The Canadian scientists found that chronic gastrointestinal inflammation induces anxiety-like behavior and alters the biochemistry of the central nervous system.

A French study published in the British Journal of Nutrition confirms both the American and Canadian studies. They found that the same probiotic strain studied by the Canadians: B. longum, along with another probiotic strain known as Lactobacillus helveticus reduced anxiety. Additionally, the French found that these two probiotics reduced psychological stress, depression and feelings of anger and hostility.

While it is not yet clear the exact mechanism or mechanisms at work, it is believed that the probiotics reduce gastrointestinal inflammation and boost serotonin levels. Serotonin, a feel-good brain hormone sometimes called the happiness hormone, once believed to be the exclusive domain of the brain, is also produced by the gut. Actually, it is estimated that about 90 percent of the body’s serotonin can actually be found in the gastrointestinal tract (GI tract). That’s right: your intestines do some of the same work as your brain. Actually, many scientists now refer to the gut as the body’s “second brain” because the gut-brain health link has been the focus of a growing body of research proving the connection.

While yogurt is probably the fermented food that first comes to mind and indeed offers many health benefits, there are many superior fermented foods that offer larger volumes of probiotics and a wider variety of strains, such as kimchi and sauerkraut. Check out my article “9 Reasons to Love Sauerkraut” and “Make Your Own Sauerkraut” for more information.