The SFPD Is Dying and No One Seems to Care 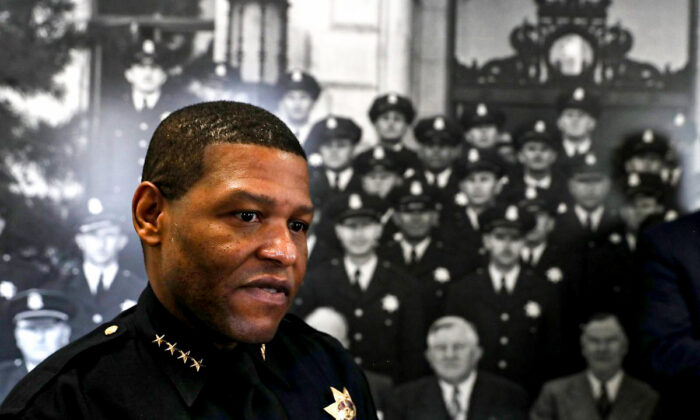 It’s no secret that the past few years haven’t been kind to policing across the United States. Retention of qualified officers has been a real issue for many departments. But why has San Francisco been losing so many cops?

We have both a recruitment and a retention problem. We’re in the throes of a death spiral from which we may not be able to pull out.

Currently, we have two classes in the academy with a combined total of only 35 new recruits. Over the next couple of weeks, the department plans to promote a rumored 35 new sergeants. While I agree we need some more sergeants, promoting more people will be taking from the officer rank without anyone to replace them.

According to an email from the SFPD chief to the mayor, our success rate from recruit to officer passing FTO is 67 percent. So, although we have 35 in the Academy, we most likely will end up with about 24 new cops. Don’t forget, these classes of roughly 20 each were meant to have 55 each, but we can’t attract anyone else.

In addition to no one coming in the front door, we have plenty of cops choosing to walk out the exit door. Not including the 43 cops who left or are in the process of being released because of the COVID-19 vaccine mandate, there are about 40 who are on approved leave who may choose to not come back rather than get vaccinated.

Sorry if I spoil the hopes and dreams of management, but a lot of them aren’t coming back, either. Those losses alone will eliminate years of any hiring gains we’ve made. It turns out that when the chief says you are replaceable, that’s only true if there are people there to replace you.

No one seems to be too concerned about the retirement cliff that’s quickly approaching. Currently, there are more than 400 members who have 25 years of service and are also over age 50. They can leave right after reading this article, and there’s nothing the department can do.

We have just under 2,100 sworn members between the city and the airport, 1,665 if we’re only counting the city. If 400 were to leave tomorrow, we would be at 1,700 total. Forget specialized units or promotions; at that point, handling calls would be a problem.

This still doesn’t address the cliff that’s coming because of the 1994 Crime Bill hiring. There are more than 500 members who were hired as a result of the 1994 Crime Bill. Starting in 2024, all of them will be coming into their maximum retirement benefit. From 2024 to 2026, all 500 will likely retire, since they’ll be topped out at their full 90 percent pension.

What are we doing to address that? We should be hiring 200 cops per year just to try to replace those upcoming losses. Instead, we’re hiring about 40 per year, which doesn’t even cover our promotions, let alone cops choosing to walk away altogether.

Looking over past personnel orders, we’re losing five to 10 cops per month, leading to an average of 7.5 cops per month leaving the department. Unfortunately, the most recent order had 17 cops leave, which will bump up the average. The longer we wait for anything to change, the more people will leave.

On June 30 and then July 1, we’ll get two raises, and that will increase our base wage by 5 percent. Anyone considering leaving must already have factored that into their calculations. This means any package offered that may work at keeping people must include additional pay raises.

However, as every day passes, more and more people are steadily flowing out. The longer the decision-makers take, the fewer people they will have at their disposal. If nothing happens before those raises in July and our average remains at 7.5 cops leaving, we could be short another 38 cops by raise time. If the average continues to rise, well, then 38 cops could be the low end of our problems.

I’ve been telling people for a while now to always have an exit plan. Always be ready to leave this place, because we don’t know what could happen that makes working here impossible. I hope everyone has started planning, because the SFPD is dying, and unless an enormous shift or change occurs, there will be nothing left.

Or maybe we’re just destined to go out the way of the T.S. Eliot poem “The Hollow Men”:

“This is the way the world ends
Not with a bang but a whimper.”