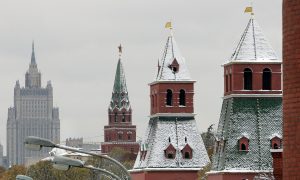 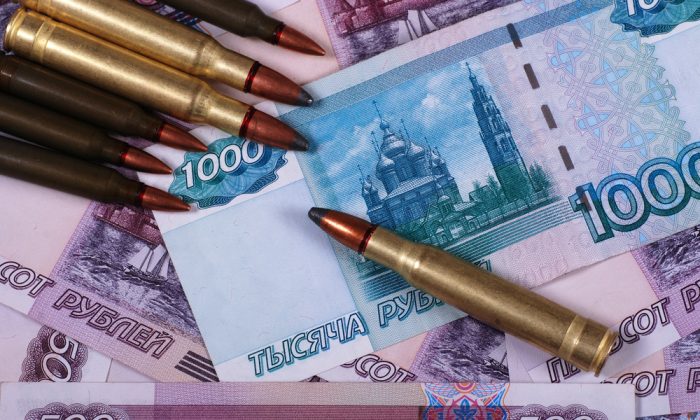 Why is the ruble dropping? (Shutterstock*)
Business

While Japan, the United States, and Europe are printing money to weaken their currencies, Russia is buying up billions of dollars worth of rubles to stem a decline, which has brought the currency down by 17 percent this year against the dollar.

According to Bank of Russia data, the central bank sold $1.4 billion dollars in foreign exchange reserves Monday and Tuesday alone.

The question is: Why is the ruble dropping and why doesn’t Russia appreciate this dynamic, unlike its Western counterparts.

Exports Are Not the Same

Europe, the United States, and Japan all want to weaken their currencies to boost exports of products with a high elasticity of demand, like manufactured products and services. This means that if the price of these goods changes, the quantity will change as well. So buyers are price sensitive.

Russia however, mostly exports energy products, which first of all are priced in dollars anyway and second, are not very price sensitive. Even if the price goes up a lot, trading partners usually decrease their consumption only gradually because they are too dependent on the product.

So Russia doesn’t benefit from a falling ruble here and also exports precious little in terms of manufactured products and services.

On the other hand, Russia imports a lot of food and manufactured products from the West—or at least it used to until they banned the import of food from the European Union earlier this year.

Either way, with a falling ruble and limited imports, goods become more expensive in Russia and the consumer has already felt the pinch.

However, the reasons behind this devaluation are different from simple money printing.

In the new normal paradigm of financial markets, underlying economic trends don’t matter much. Otherwise, it would be hard to explain the rise of the euro versus the dollar since 2012. Only when the European Central Bank (ECB) decided to start printing money and the Fed started tapering did the euro reverse course.

So as a good rule of thumb, one can compare the size of the balance sheets of the central banks to gauge supply of the currency. If supply increases faster than that of the other currency, prices should go down.

For Russia, this is only partly true. The balance sheet of the Bank of Russia only expanded 6.7 percent in 2014, much less than in the United States or Japan. And yet the ruble is down more than 15 percent against the Japanese yen as well. Incidentally, it is only down 11 percent against the euro, the only currency whose central bank is expected to accelerate its money printing policy in the near future.

In Russia’s case, the decline is simply due to the fact there are more sellers than buyers. Because of sanctions from the west and Russia, investors think the ruble is too much of a risk to hold, so they are getting out.

In addition, energy prices have been declining, making Russia a less attractive place to invest.

This is why the stock markets is falling along with the ruble, down 22 percent this year. In other cases where the central bank just prints money and inflation is rampant, equity markets tend to rise and the currency tends to fall. The best current examples are Venezuela and Argentina.

In Russia’s case, it’s elevated risk and not money printing, which determines the price of the ruble.

*Image of rubbles via Shutterstock.