The Rise and Fall of Sam Bankman-Fried’s Crypto Empire 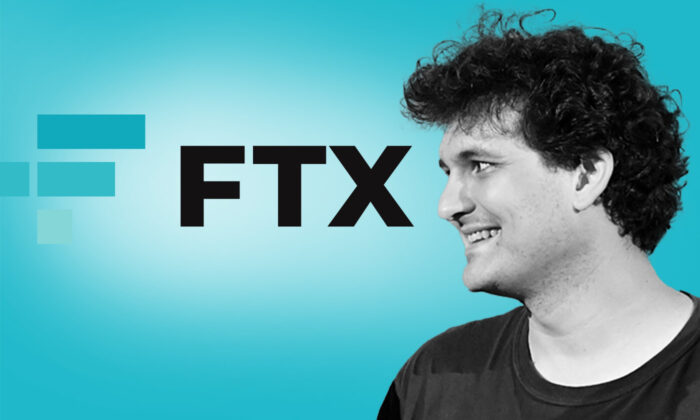 The collapse of cryptocurrency exchange FTX sent shockwaves throughout global crypto markets, and the unfolding developments involving founder and onetime CEO Sam Bankman-Fried have drawn the attention of Washington lawmakers. From a $32 billion empire to a bankrupt company, the saga persists.

But it might be important to take a step back to understand what exactly occurred.

The Early Days of FTX

In May 2019, Bankman-Fried and former Google employee Gary Wang launched FTX. Within two years, it had become the third-largest crypto exchange by volume with more than a million users. That allowed the company to raise $900 million in July 2021 during a single funding round as the firm was valued at $18 billion. For months, FTX raised hundreds of millions of dollars from dozens of investors amid elevated valuations.

Flush with cash, FTX began acquiring various crypto firms, such as Blockfolio, Bitvo Exchange, and Voyager Digital. Bankman-Fried wasn’t reserved about employing his vast wealth to purchase enormous stakes in tech companies, as he bought a 7.6 percent share in Robinhood. Bankman-Fried was routinely touted as a key figure in cryptocurrency, described as everything from a “savior” to “crypto’s central banker.”

FTX recorded a loss of $161 million in the second quarter.

Before the latest events developed, FTX also faced several legal troubles. In August, for example, the Federal Deposit Insurance Corp. (FDIC) submitted a cease-and-desist letter (pdf) accusing the company of “false and misleading representations” about FTX deposits receiving FDIC insurance. In October, it was revealed that FTX was under investigation for allegedly selling unregistered securities; but the exchange said in a statement that it has “an active application for a license” and believes that it’s “operating fully within the bounds of what we can do in the interim.”

Bankman-Fried moved FTX to the Bahamas in September 2021 because of a regulatory framework that permitted him to offer customers risky trading options that weren’t allowed in the United States. FTX would let traders borrow money to put forward huge bets on the future value of cryptocurrencies.

The downfall of FTX started on Nov. 2, when CoinDesk published exclusive balance sheet details from Alameda Research, a trading firm established by Bankman-Fried. The report exposed that a substantial amount of Alameda’s assets were held in FTT, a native token belonging to FTX: $3.66 billion in “unlocked FTT,” $2.16 billion of “FTT collateral,” and $292 million in “locked FTTT.” The balance sheet also consisted of notable stakes in the Solana blockchain native token, FIDA, MAPS, and OXY. It also possessed about $134 million in cash and $2 billion in “investment in equity securities.”

CNBC would later publish a bombshell report that suggested that Alameda was trading billions of dollars from FTX accounts without clients’ knowledge and leveraged FTT as collateral.

Sources told the business news network that Alameda could list FTT coins as collateral and borrow user funds. If FTX had manufactured more native tokens, it wouldn’t have sent the digital currency’s value plummeting because these coins never would have arrived in the open market. Put simply, FTT temporarily sustained its market value, which let Alameda borrow against the coins.

FTX got away with this action because FTT prices held steady and there wasn’t an immense wave of customer withdrawals, observers say. FTX eventually didn’t possess enough assets to match customer withdrawals. It was noted that external auditors may have missed any financial issues because customer assets were off-balance sheet items.

Reuters reported that many of the same assets would appear simultaneously on FTX’s and Alameda’s balance sheets during investor presentations, misleading the individuals into parking hefty sums in the troubled firm.

According to Greg Keogh, senior vice president of customer success at NFT-as-a-Service firm Curios, Bankman-Fried and his colleagues engaged in the practice of fractional reserves, a system in which only a fraction of deposits are backed by physical assets on hand and available to access. That, Keogh asserted, emulates the business models of Wall Street firms and financial institutions. The difference, however, was the public blockchain could expose these details.

“[Sam Bankman-Fried] and his team did exactly what banks and Wall Street firms have been doing for decades. Fractional reserving of customer capital and self-dealing is nothing new in financial markets,” Keogh told The Epoch Times. “Their main downfall was fractionally reserving cryptographic assets, which can be immediately audited on a public blockchain. This highlighted how dire FTX’s capital situation was and lead to quick panic from investors.”

After the news was published, Binance CEO Changpeng Zhao announced that he would be liquidating $500 million of FTT holdings, triggering a run on the cryptocurrency and the exchange. In just three days, more than $6 billion vanished from the crypto exchange, as panic-stricken customers sought to protect any last remnants of their assets. Binance put forward a nonbinding letter of intent to purchase FTX but then reversed that idea after the CEO combed through the exchange’s financials.

Bankman-Fried insisted that “FTX is fine. Assets are fine.” In the days that followed, it turned out that FTX wasn’t running a tight ship.

The company suspended withdrawals and onboarding of new clients. Its assets were frozen by Bahamian regulators. Bankman-Fried sought to raise up to $9.4 billion from investors and other industry leaders for FTX to keep the business afloat. But then, FTX went into voluntary Chapter 11 bankruptcy proceedings and Bankman-Fried resigned as CEO.

While speaking with Vox reporter Kelsey Piper on Twitter, Bankman-Fried regretted that decision, noting that “everything would be about 70 percent fixed right now if I hadn’t.”

“If I hadn’t done that, withdrawals would be opening up in a month with customers fully whole,” he said. “But instead I filed, and the people in charge of it are trying to burn it all to the ground out of shame.”

In a Twitter thread on Nov. 10, Bankman-Fried acknowledged that he “should have done better” and that he was “sorry.”

“I’m sorry. That’s the biggest thing,” he wrote on Twitter. “I also should have been communicating more very recently.

“Transparently … my hands were tied during the duration of the possible Binance deal; I wasn’t particularly allowed to say much publicly. But, of course, it’s on me that we ended up there in the first place.”

The events that transpired could trigger a “contagion to the max,” according to John Lo, managing partner of digital assets and head of Omakase Strategy at Recharge Capital.

“It is very bad, it is now contagion to the max, as lots of VCs have some sort of exposure to FTX, and everyone holds a balance on one of the largest exchanges in the world,” he told The Epoch Times. “Crypto is not as small or contained as the time of Mt. Gox—this is now Mt. Gox times 1,000. We are going to see household crypto lenders go down completely, we will see funds close up shop, VC funds are already showing incredible hits by holding balances or showing that custody is available.”

Some financial experts have likened the chaos at FTX to the bursting of the dot-com bubble in 2001 or the housing crash in 2008. But this situation is “much worse,” because it spotlights “the destructive power of assets that have absolutely no backing behind them,” according to Aaron Rafferty, CEO of technology platform BattlePACs.

“[Sam Bankman-Fried] leveraged billions on FTT, a Ponzi coin that had no backing, no utility, no value. It was a useless token and the best example why crypto is not here to stay,” Rafferty told The Epoch Times. “Instead, we should see a big push in the next few years for blockchain technology, true utility that closer resembles an upgrade to the internet rather than a Ponzi scheme.”

Jason Choi, a former general partner at Spartan Capital, enjoyed an up-close view of FTX’s rise and fall, noting in a series of tweets that the story surrounding FTX and Alameda is based on Bankman-Fried’s “philosophy of betting big.”

“Every major decision they have made is related to acquiring more leverage—via deceptive fundraises, financial engineering, and ultimately, outright fraud, as we will see below,” he wrote in a tweet.

With everything that has happened in the aftermath of FTX’s collapse, public policymakers are putting a magnifying glass on the industry, meaning that more stringent regulations could be coming. Bankman-Fried is someone who has championed a crypto regulatory framework, going as far as visiting the White House and donating to politicians who shared his position. But he revealed to Vox that this was nothing more than public relations.

He said that “there’s no one really out there making sure good things happen and bad things don’t,” noting that regulators “make everything worse” and “don’t protect customers at all.”

Bankman-Fried had long espoused the importance of ethics and viewed the entire system as “a game with winners and losers.” According to the fallen crypto king, “it’s what reputations are made of” when “we woke Westerners play where we say all the right shibboleths and so everyone likes us.”