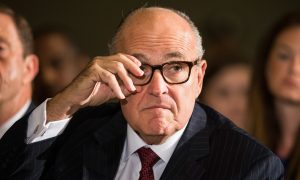 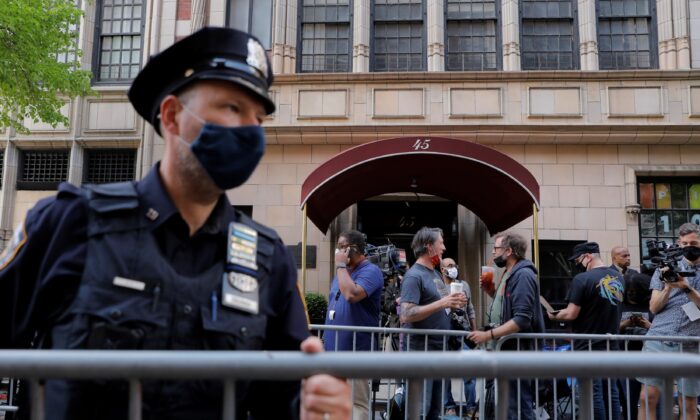 The Real Reasons Behind the Giuliani Raid

Expectations that the FBI was investigating possible crimes documented on Hunter Biden’s laptop were laid to rest last week when agents raided the home and office of Rudolph Giuliani, the man who made news of the laptop public.

According to reports, federal investigators are looking for evidence that the former mayor of New York City violated the Foreign Agents Registration Act (FARA) by illegally lobbying on behalf of Ukrainian officials. But that’s just a pretext to search his communications and records to find something with which to take revenge against a man who helped uncover the corruption of America’s first family.

The compromising photos, emails, and texts found on Hunter’s laptop include accounts of financial arrangements with a Chinese businessman he called the “spy chief of China.” The documents, confirmed by a former Biden associate, implicate other members of the Biden clan, including, it seems, the president.

And so to hunt Giuliani, the commander-in-chief has deployed federal law enforcement authorities, which have their own reason to retaliate against one of the Department of Justice’s most famous former prosecutors. Giuliani helped thwart the FBI and DOJ’s plot to topple an American president.

“I wanted to make us a lot tougher against them,” Giuliani told me in an interview for my 2020 book “The Permanent Coup.” “We needed to get out front publicly because I believed it was not just a legal case. It was a political case.”

Indeed, DOJ officials sanctioned the Mueller probe as a continuation, and coverup, of the illegal espionage operation targeting Trump and his associates that the FBI called Crossfire Hurricane. The investigation of Giuliani is yet a further extension of Crossfire Hurricane, even employing the same instrument it used to go after Trump aides—FARA.

Until recently, FARA was a seldom enforced law requiring representatives of foreign principals to register with the DOJ. It’s intended to promote transparency but most Washington influence-peddlers disregard it and when found in violation are simply forced to register and pay a fine. All that changed in July 2016 when the FBI used alleged FARA violations as the basis to investigate Trump’s presidential campaign.

According to official FBI records documenting the fraudulent Russia collusion probe, Carter Page was the only Trump campaign aide nominally investigated for his supposed ties to Russia. The FBI investigated Paul Manafort because of his work for Ukrainian officials, and retired Lt. Gen. Michael Flynn for his efforts on behalf of a private Turkish Dutch citizen. As for Crossfire Hurricane’s other targets, the FBI claimed, incorrectly it seems, that George Papadopoulos was lobbying on behalf of Israel, and Walid Phares for Egypt.

It didn’t matter if any of it was real. All the FBI wanted was a plausible reason to investigate Trump, and FARA provided one.

The mastermind behind the FBI’s weaponization of FARA, as journalist Paul Sperry reported last year, was the former head of the Justice Department’s counterintelligence and export control section, David Laufman. Now in the private sector, Laufman was a Crossfire Hurricane manager. He worked closely with its now-disgraced lead agent Peter Strzok, and gave the Russia dossier’s supposed primary sub-source immunity in exchange for an official government interview meant to corroborate the false dossier allegations.

In trying to hang a Ukraine-related FARA violation on Giuliani, the Biden administration is giving more evidence that the Democratic Party’s default criminal defense is to obscure their illegal activities by accusing their rivals of doing exactly what they are in fact doing. The most prominent example is Trump’s 2019 impeachment, when House Democrats charged him with abuses that were committed by Joe Biden.

In 2016, the then-vice president threatened to withhold a $1 billion loan guarantee from the Ukrainian government if it didn’t fire a prosecutor investigating an energy company paying his son Hunter more than $50,000 a month. When Trump got word in 2019 of the Bidens’ activities in Ukraine, he asked the Ukrainian president to brief Attorney General William Barr, as well as Giuliani, on the matter.

Democratic officials, U.S. spies, and the media categorized Trump’s unrelated decision to put a hold on weapons system purchases by the Ukrainians as a “quid pro quo.” The anti-Trump operatives claimed that he had used a U.S. taxpayer-funded resource as leverage to get the Ukrainians to take action on an investigation. In other words, they very precisely hung Biden’s abuses of power on Trump.

The same is so with the allegations that Giuliani took money to influence U.S. policy regarding Ukraine. The Ukrainian energy company had hired Hunter for just that purpose, and it worked—even his father said so. Joe Biden boasted in a January 2018 appearance that it was he, as vice president, who got the Ukrainians to cut the prosecutor loose or else. The lesson now is clear—if you start asking inconvenient questions about the Bidens, you’re going to pay the price.

Thus, in perspective, the FBI’s failure to investigate Hunter Biden for the possible crimes described on his laptop is a minor detail in a much larger and darker shroud. With law enforcement authorities targeting the enemies of the president’s family, the Biden administration announces that the United States has formally embraced the politics and ethics of the Third World.

Around Thanksgiving of that year, Giuliani was approached by a source who claimed to have information about Ukrainian government collusion with Democrats to affect the 2016 election. In an interview I conducted with Giuliani last year, he told me: “I’m thinking he’s going to get me exculpatory information that’ll help me defending my client. At this point, I didn’t even know Joe Biden was involved.”