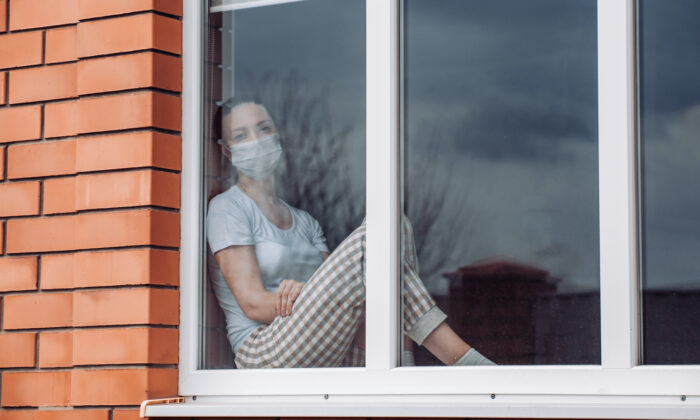 Mask mandates and social distancing have proved highly ineffective in containing COVID-19 but other measures are still being overlooked. (Tatyana Blinova/Shutterstock)
Health News

The Public Health Response to COVID-19: A Missed Opportunity

If there was ever a time for our public health officials to urge early treatment and outdoor exercise, this was it
By Jennifer Margulis

In an in-person interview last month, CDC Director Rochelle Walensky told ABC News that the COVID-19 crisis was far from over. The best way to end the pandemic, Walensky insisted, is to “lean in” to the same public health strategies that the CDC has been recommending for nearly two years now: masking, social distancing, and vaccinating.

The CDC also recommends avoiding large crowds and poorly ventilated indoor spaces, and encourages frequent self-testing for COVID-19 whether or not you have any symptoms, washing your hands often, covering your coughs and sneezes, cleaning and disinfecting high-touch surfaces, and monitoring yourself for fever and other symptoms daily.

But while masking, social distancing, and vaccinating may seem like good ways to keep people from getting sick, America’s government officials have notoriously flip-flopped on several of these recommendations, in particular masking.

In early March 2020, Surgeon General Jerome Adams tweeted: “Seriously people—STOP BUYING MASKS! They are NOT effective in preventing the general public from catching #coronavirus.” Soon afterward, however, Dr. Anthony Fauci, who is currently the White House chief medical adviser, told the American people that masks weren’t only recommended but should be made mandatory.

Since then, despite a growing body of research suggesting that masking doesn’t work effectively, as well as a plethora of evidence that most people don’t wear, clean, or dispose of their face masks properly, being masked in both public and private has been a cornerstone of America’s federal public health prevention policy.

While public health officials keep insisting that masking, distancing, and vaccinating are the best ways to prevent the spread of COVID-19, the numbers tell a different story. Despite the fact that the majority of the American public has followed these strategies, more than 888,000 people have died from COVID-19 in the United States, according to worldometers.info, a website that tracks infection rates and deaths.

Moreover, cases of COVID-19 have continued to climb. Currently, the dangers of the Omicron variant have led to even more school closures—more than 600 classrooms in New York City public schools have gone back to online learning, and many schools in Maine, Minnesota, Michigan, and several other states have shuttered in an effort to stop the spread of the virus, according to local news sources.

Dr. Cammy Benton, a medical doctor based in Huntersville, North Carolina, believes the high numbers of deaths and severe illness from SARS-CoV-2 in the United States indicates that the government’s current public health policies are failing.

“We have instilled fear and isolation and abandonment into the people of this nation,” Benton said. “And this has been exacerbated by the oppression of doctors who treat early COVID symptoms. The government has gone to extremes not to help people prior to hospitalization.” Benton has 21 years of medical experience and treats COVID patients in her practice almost every day. “This is not about health. It’s about money, greed, power.”

Dr. Stuart Fischbein, a community-based obstetrician in Los Angeles, California, also believes that social isolation and social distancing are the wrong strategies. “You need to live your life. All this social isolation is horrible. And we know that because depression is on the rise, suicide is on the rise. Cognitive abilities are falling.”

Fischbein, who has been practicing medicine for more than 35 years, pointed to research on babies born during the pandemic conducted by scientists from Rhode Island Hospital and Brown University. The study of 672 healthy children found that these children had reduced motor skills, verbal skills, and overall cognition compared to babies born before the pandemic.

“They’re not reaching their milestones,” Fischbein said. “They’re not seeing faces, not interacting. Some parents are so fearful that they won’t let their children play with other children.”

Instead of following the flawed and failing public health recommendations, Fischbein believes we need to use scientifically based methods to support the immune system. These are protocols that don’t benefit pharmaceutical companies, Fischbein said, but they will help you stay healthy and recover quickly if you do get sick.

Boosting Immunity Without Masking or Distancing

The first line of defense against illness, according to Fischbein, is to be close to your friends and family. “Having fun, smiling more, hugging more, loving, being kind to your neighbor, kissing your spouse, these are things that increase oxytocin,” Fischbein said.

Oxytocin, which is released by the pituitary gland, acts on all the organs in the body. Though it’s usually only discussed in the context of childbirth, Fischbein said this neurotransmitter is essential for relationship-building as well.

“Oxytocin is an amazing hormone. It’s your bonding hormone: the hormone you secrete when you feel loved,” Fischbein said. “In my profession [obstetrics], it’s what causes your uterus to contract and your milk to be let down. When you have good feelings, you’re putting out good hormones like dopamine and oxytocin, and not stress hormones like cortisol and adrenalin that cause your body to wear down.”

Another way to increase your dopamine levels, improve your mood, and support your innate immune system, the medical doctors and other health professionals I interviewed said, is to move your body throughout the day and also to exercise. Being sedentary is bad for your health, increasing your likelihood of getting sick. According to research done by a team of Korean scientists published in 2020, “Sedentary behaviors have wide-ranging adverse events on the human body including increased all-cause mortality, cardiovascular disease mortality, cancer risk, and risks of metabolic disorders.”

Lack of exercise, these scientists found, also increases your likelihood of getting osteoporosis, becoming depressed, and suffering from cognitive decline. “Therefore, reducing sedentary behaviors and increasing physical activity are both important to promote public health,” they concluded.

“Imagine how much healthier Americans would be if our public health officials would champion exercise over isolation,” said James Yang, a physical therapist based in southern Oregon. “Being outside and exercising helps every system in your body, and the most beneficial way is exercising outdoors. It keeps people happy and healthy and will even stimulate your appetite for healthy food. It has a snowball effect.”

One of the best things about outdoor exercise, Yang said, is that you are exposing your skin to sunlight. Higher levels of vitamin D are associated with better COVID-19 outcomes, he pointed out.

Like Yang, Benton believes that lifestyle and nutritional upgrades are both key to preventing and recovering from COVID-19.

“If the government really cared about public health, they would be promoting vitamin D levels being checked, going outdoors and exercising, taking care of pre-diabetes and diabetes,” Benton agreed.

“Having good nutritional status is of utmost importance,” she added. “This means eating fresh, real, whole foods instead of processed food-like substances.”

So why hasn’t the CDC or any of our public health officials promoted healthy eating during the pandemic? “Nutrition and natural healing just aren’t part of the medical paradigm,” Yang said. “Many people understand that their car isn’t going to run on the wrong kind of gas but they don’t understand that your body won’t work well if you eat the wrong kind of food. This is the message that public health should promote.”

The experts I spoke to also felt that public health officials and medical doctors should be educating the public about effective protocols to treat COVID-19. Benton herself recently contracted what she described as a “moderately severe” case.

“It went straight to my lungs,” she said. “Wheezing, chest tightness, cough.” Though she felt very ill at first, she was 80 percent better in just 36 hours, she said. Benton credited her rapid recovery to her overall state of good health before getting the virus, as well as her use of early treatment protocols: She took ivermectin, hydroxychloroquine, monoclonal antibodies, nebulized iodine and colloidal silver, high-dose vitamin C, and high-dose vitamin D.

“I was better and testing negative within six days,” Benton said. “It’s treatable.”

Dr. Jeffrey I. Barke, a board-certified primary care physician in private practice in southern California who has been practicing medicine for 25 years, insists that public health officials should be promoting early treatment protocols instead of actively censoring them.

“As our unelected healthcare bureaucrats push vaccines and masks none of them is talking about the importance of early treatment with sequenced multi-drug protocols,” Barke wrote in an email. “Even the simple intervention with a nose/throat rinse with dilute Betadine or hydrogen peroxide can make a huge difference. It’s reprehensible that none of our so-called leaders are sharing these protocols.” Barke said he has successfully treated hundreds of patients with COVID-19 in all risk categories. “Early treatment works.”

Our government officials promised that if we masked, socially distanced, and got vaccinated, we could return to normal life, Fischbein points out. But since the roll-out of the vaccines, we have seen a spike in COVID-19 cases, as well as a huge number of reports of vaccine adverse events. According to CDC data, there have been 1,053,828 adverse events reported through Jan. 23, including 22,193 deaths, 118,684 hospitalizations, 8,886 cases of anaphylaxis, and 13,137 cases of Bell’s palsy (facial paralysis) directly following vaccine administration.

“Public health has now admitted that the vaccine doesn’t prevent the spread of the infection,” Fischbein said. “The CDC is telling you to get your vaccine and that this is a pandemic of the unvaccinated. That’s clearly untrue. We were told when the vaccine came we were going to return to normal, now we’re told it doesn’t work that well and we have to get a booster and another booster and you still have to wear a mask and we’re never going to return to normal.”

Jennifer Margulis, Ph.D., is an investigative health journalist and book author. She has worked on a child survival campaign in Niger, West Africa; championed the rights of Christian children sold into child slavery in Southeast Asia on prime-time TV in Paris, France; and taught post-colonial literature to non-traditional students in Atlanta, Georgia. She is the author of “Your Baby, Your Way,” and co-author, with Dr. Paul Thomas, of “The Vaccine-Friendly Plan” and “The Addiction Spectrum.” Learn more and sign up for her free weekly emails at her website: JenniferMargulis.net.