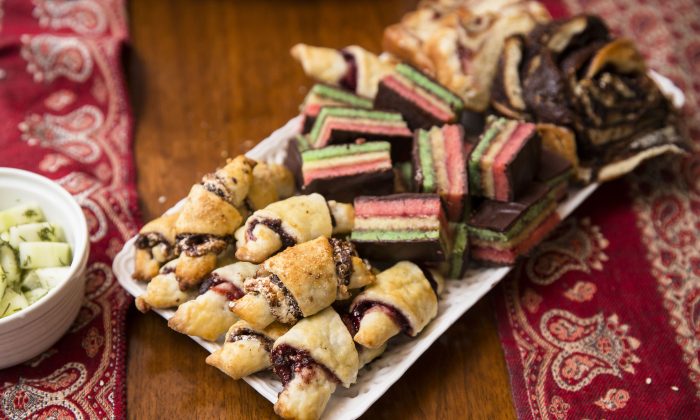 The Peaceful Nature of Trade

Trade enables the productive cooperation of millions of people

The fact that other people own things we want is central to the reason we trade.

There are physical items, such as apples and automobiles, and there are services, such as repairing leaky pipes and cutting hair. But the fact that other people have things we want doesn’t alone explain trade. Other means of acquiring desired things include theft, fraud, and begging, while yet another means is to produce those desired things ourselves.

In reality, each of these means of acquiring things is used. But the single most commonly used means of acquiring desired things is trade, both domestic and international. Trade occurs whenever two individuals voluntarily exchange ownership rights: Jill voluntarily transfers her ownership of an apple to Jack, in exchange for Jack’s voluntary transfer of his ownership of a grapefruit to Jill.

By its nature, trade is peaceful and voluntary; each party to every trade expects to be made better off by that trade. Anyone offered a deal that she believes would make her worse off simply rejects the offer. Of course, there’s always the possibility of fraud or error. But fraud and error mar only a small fraction of actual trades, and neither plays a role in any of the chief arguments against free trade.

At its simplest level—such as the exchange of an apple for a grapefruit—trade improves human well-being even though nothing new is produced. Merely changing, through trade, the pattern of ownership of existing goods increases human welfare.

While this truth should never be overlooked, it’s obvious that significant increases in human well-being require far more than merely rearranging property titles to existing goods. The stock of existing goods must be increased, as must the capacity to render services. And trade is inseparable from the social cooperation that is necessary to produce new goods and services.

In the first chapter of “An Inquiry Into the Nature and Causes of the Wealth of Nations,” Adam Smith remarked on the unfathomable amount of social cooperation that is required to produce an ordinary woolen coat:

“The woolen coat, for example, which covers the day-laborer, as coarse and rough as it may appear, is the produce of the joint labor of a great multitude of workmen. The shepherd, the sorter of the wool, the wool-comber or carder, the dyer, the scribbler, the spinner, the weaver, the fuller, the dresser, with many others, must all join 15 their different arts in order to complete even this homely production.

“How many merchants and carriers, besides, must have been employed in transporting the materials from some of those workmen to others who often live in a very distant part of the country! How much commerce and navigation in particular, how many shipbuilders, sailors, sail-makers, rope-makers, must have been employed in order to bring together the different drugs made use of by the dyer, which often come from the remotest corners of the world!

“What a variety of labor too is necessary in order to produce the tools of the meanest of those workmen!”

An ordinary coat is made of countless different materials from many different places, and is produced only because each of a multitude of individuals, today spread out across the globe, contributes to the production process his and her creativity, knowledge, effort, and willingness to bear risks. And each of these producers does so—can do so—only because he and she trades with others.

Most obviously, because you didn’t make your coat, you bought it—that is, you traded for it. On the other end of that bargain were the multitude of individuals whose combined productive efforts resulted in the physical production of your coat, as well as its delivery to the retail store where you purchased it.

Each of these persons—persons such as the sheep farmer, the textile-mill worker, the delivery-truck driver, and the actuary employed by the insurance company whose services are essential for the economically feasible operation of the retailer—traded his productive efforts in exchange for money that he then used to buy goods and services for himself and his family. Had none of these people been able to trade with others for the goods and services that they wish to consume, none would have willingly contributed his time and effort to produce components of a coat destined to be worn by you.

Likewise with you. You earned the money that you spent to purchase your coat by working for a productive enterprise. You might truly love your job, but you’re unlikely to continue working at your job if your employer stops paying you. You continue to work because doing so is a means for you to trade your time and effort in exchange for money that you then trade away to others, in exchange for the goods and services that these others have produced for you to consume. Ultimately, you work not for money but for what money can buy.

Exchanging a Few Hours of Work for Millions of Hours

It’s important to appreciate just how marvelously productive today’s globe-spanning system of economic cooperation has become. In July from my office in Virginia, I used the Internet to survey the retail prices of new woolen coats available for sale in the United Kingdom. A representative price is 200 pounds. The median hourly wage of full-time workers in the UK is 13.94 pounds. Thus, an ordinary worker today in the UK must toil only 14.3 hours in order to earn enough income to buy a new woolen coat. That is, for a mere 14.3 hours of his time, the typical worker can command one of the fruits of the labors of literally millions—perhaps of hundreds of millions—of strangers. Truly amazing!

Of course, what’s true for a coat is true also for every other good and service that we routinely consume. Each one, with rare exception, costs us only a few minutes or a few hours of our time. Yet, in each case, what we acquire in exchange for such a small amount of our own time and effort is a good or service the production of which requires the efforts of millions. Indeed, it costs us so little precisely because its production drew on the efforts of millions of individuals, each of whom contributed his and her own highly specialized talents.

Donald J. Boudreaux is a senior fellow with American Institute for Economic Research and with the F.A. Hayek Program for Advanced Study in Philosophy, Politics, and Economics at the Mercatus Center at George Mason University. This article was first published by AIER.org.

Donald J. Boudreaux
Follow
Donald J. Boudreaux is a senior fellow with American Institute for Economic Research and with the F.A. Hayek Program for Advanced Study in Philosophy, Politics, and Economics at the Mercatus Center at George Mason University.