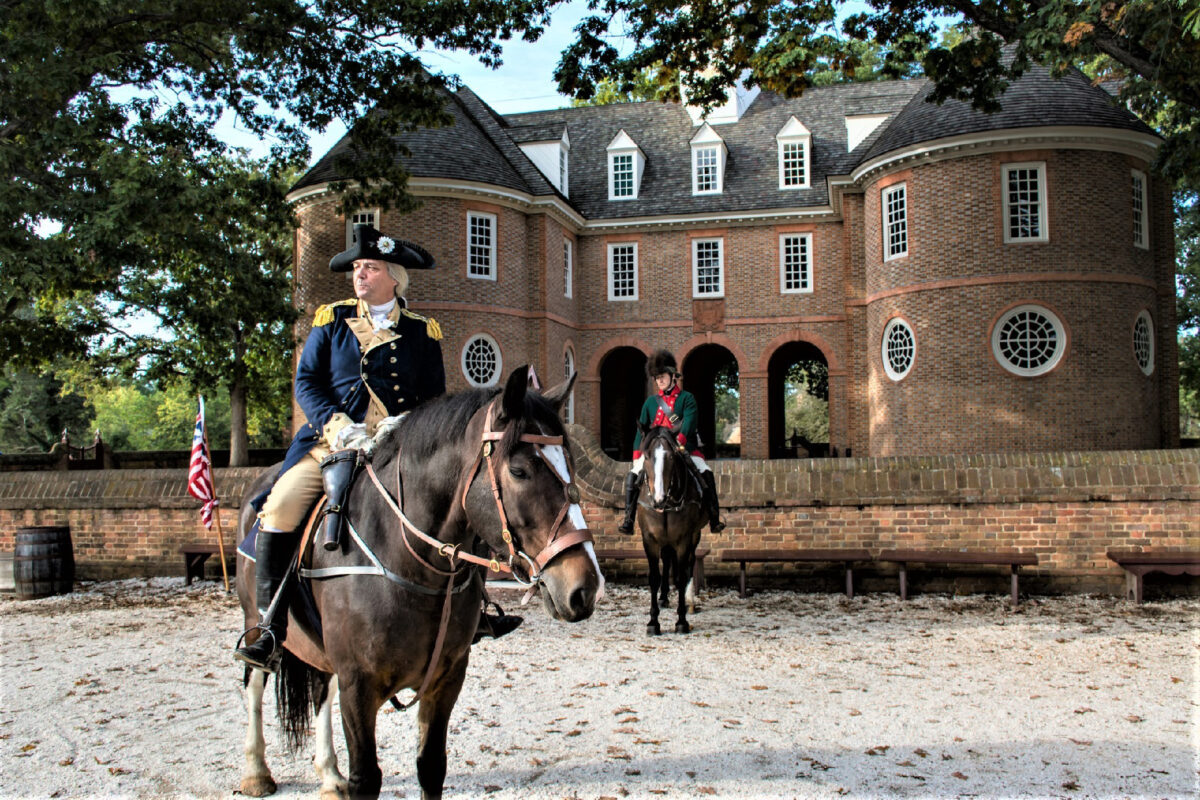 The Past Lives at Colonial Williamsburg, Virginia

William Byrd III was a man of great stature in Colonial Williamsburg, Virginia. He served in the House of Burgesses and on the Governor’s Council. However, due to his lavish lifestyle and gambling addiction he couldn’t live within his income. He lost his wealth and died in 1777 of an apparent suicide.

Christiana Campbell operated one of Williamsburg’s most successful taverns, where she hosted the likes of George Washington and Thomas Jefferson. Washington’s diary includes entries indicating that he dined there 10 times in two months.

Robert Carter III was a wealthy Colonial Williamsburg gentleman who fathered 17 children with his wife, Frances Anne. He is best remembered for freeing his slaves as quickly as he could under the laws then in effect in Virginia.

These historic figures played parts in the fascinating tableau that makes Colonial Williamsburg a perfect place to relive pages from the past. Presentations by authentically attired re-enactors, fact-filled tours led by factually based characters and a wide variety of other interpretive programs combine to involve visitors in the interest, information, and fun.

Williamsburg’s meticulously restored 17th- to 19th-century historic area provides the Revolutionary and Colonial-era setting in which numerous narratives from that time are dramatically and realistically revived. The 300-acre site clings proudly to countless vestiges of its original appearance and ambiance with a strong emphasis upon authenticity.

For nearly a century, from 1699 to 1780, Williamsburg served as the capital of the Virginia Colony. It was named for King William III of England, who held the throne from 1689 to 1702. At that time, the vast settlement stretched westward to the Mississippi River, north as far as the Great Lakes, and encompassed all of the territory of eight present-day states.

In its early heyday, the town of only about 2,000 residents was the cultural, social, and political center of the Colonial world. Before Thomas Jefferson decided to relocate the Virginia capital to Richmond in 1781, he, George Washington, Patrick Henry, and other patriots frequented its shops, taverns, and various other establishments.

While Williamsburg’s fortunes declined after the Revolution, the town and the important role it played in the New World weren’t forgotten. In 1926, the financier and philanthropist John D. Rockefeller Jr. launched an effort to restore the setting to its former splendor, and the result is one of the largest and most impressive historic projects in the United States. Colonial structures were meticulously renovated to their 18th-century appearance, and missing buildings were reconstructed on their original sites.

Today, more than 600 history-touched buildings—imposing public structures and modest dwellings, bustling taverns, and crowded shops—line shaded streets that echo the clip-clop of horse-drawn carriages. Gardens and “dependencies,” including free-standing kitchens, smokehouses, and privies, add to the realistic atmosphere and adherence to the past.

Along with this elegant and historically accurate scene, it’s the people who bring Colonial Williamsburg to life. Character interpreters dressed in Colonial-style clothing, many of them depicting real-life former residents of the town, delight in conversing with visitors in period-correct grammar as they go about their daily tasks.

Chefs in several restaurant kitchens prepare food that is inspired by 18th-century “receipts” (recipes). Presentations of dance, singing, and other leisure-time activities demonstrate aspects of life of the slightly more than half of Colonial Williamsburg’s population who were black.

Costumed artisans use 18th-century tools to fashion items that closely resemble those made by their Colonial predecessors, including reproductions of toys, pottery, and pewterware. A blacksmith turns out objects that were part of everyday life. The bookbinder carefully hand-stitches cover boards. A silversmith creates wares that would have appealed to the colony’s wealthier members. A shoemaker fashions men’s boots “with good thread well twisted.” Among other historic tradespeople are a basket-weaver, cabinetmaker, and milliner. The results of their efforts are offered for sale in stores located along Duke of Gloucester Street.

Leaving no stone unturned, literally as well as figuratively, historians, archaeologists, and others who are active in enhancing the setting and programs transform research and construction projects into learning experiences for the public. Trials take place in the Courthouse, which has been reconstructed as closely as possible to its original form. Architectural historians scoured plans, read court records, and searched other documents for clues to its previous appearance. Then costumed carpenters used tools and techniques which were employed in Colonial times to restore the building as visitors were able to observe their work. As a result of all of this attention to detail, figures from the past depict life today as it once took place in surroundings that would be familiar to the people they represent.

Visitors can enjoy a theatrical comedy reminiscent of entertainment in the 18th century. Among choices for shoppers are inkwells, silver coffee pots, and other souvenirs and gifts that have been hand-fashioned by craftspeople in ways of old. Those interested in legalities can observe Colonial justice in action and perhaps, if they wish, even play a role in the court proceedings.

It’s all part of the immersion in the past at Colonial Williamsburg, Virginia, a destination that gives new meaning to the term “living history.”