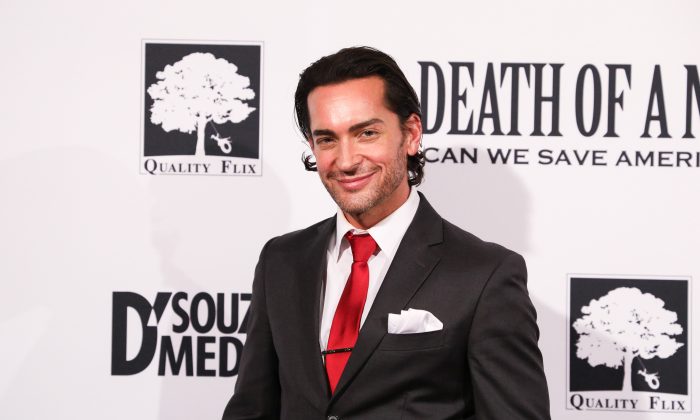 Brandon Straka of the #WalkAway Campaign at the premiere of “Death of a Nation” in Washington on Aug. 1, 2018. (Samira Bouaou/The Epoch Times)
Viewpoints

The Ordeal of Brandon Straka

The ordeal of Brandon Straka, founder of the WalkAway movement, in the context of his involvement in Jan. 6 is a chilling window into how the media and the Biden Department of Justice (DOJ) manipulate the truth in order to cover up a political prosecution. Straka, who was arrested in the aftermath of Jan. 6, pleaded guilty to a single misdemeanor of “disorderly conduct” and is due to be sentenced today.

The Biden DOJ wants Straka sentenced to four months of home detention and three years probation for his conduct on Jan. 6. This by itself is not an unendurable sentence. As I told Straka myself, “It’s not so bad to be forced to live in your own home.” Even so, the sentence is wrong and excessive for one simple reason: Straka basically did nothing wrong. He’s being prosecuted not for what he did but for what others did.

The left-leaning site Politico reported that prosecutors consented to a lighter sentence for Straka because he “provided potentially significant information.” The article implied that Straka was ratting out his fellow protesters, and also ratting out Trump. Obviously, the Biden DOJ would salivate at this prospect, and equally obviously Straka would be ruined among conservatives if he were perceived as some sort of sellout.

The truth, however, is quite different. I asked Straka directly about what he told prosecutors. He said he told prosecutors that they were mistaken in identifying him as the man who tried to grab a policeman’s shield. Prosecutors were ready to charge Straka with a violent offense based on video evidence. But Straka said the video clearly shows it was another man who grabbed the shield, and Straka’s “potentially significant” information was to identify who that man was.

Based on Straka’s information, this charge was rightly dropped. Obviously, Straka had every right to seek exoneration on a false charge. He didn’t sell out Trump, and he didn’t sell out other protesters. In their sentencing memo, prosecutors attempt to fault Straka with doing “nothing to discourage the rioters from removing the shield.” But it’s one thing to accuse a man of grabbing a shield from a cop, quite another to say he didn’t do anything to prevent others from doing so.

Full disclosure: Straka is a friend of mine. We’ve communicated since he founded WalkAway, a movement to encourage and embolden disenchanted Democrats and liberals to move right. I spoke at a WalkAway event in Portland a couple of years ago, and Antifa showed up with bats and sticks, only to discover that we had security guards armed with guns. The Antifa thugs suddenly became very well behaved, and one of them took out his flute and began to play it.

Straka went to the Capitol on Jan. 6 not because he was an insurrectionist or a terrorist but rather because, like most of the others there, he believed the 2020 election had been stolen. Notably, Straka never entered the Capitol. This is significant, because when Rep. Adam Kinzinger (R-Ill.), who serves on House Speaker Nancy Pelosi’s Jan. 6 Commission, excused the actions of Ray Epps—the man who openly urged protesters to enter the Capitol—Kinzinger noted that Epps didn’t break the law because he himself did not go inside the building. Well, neither did Straka.

Lacking any genuine evidence against Straka, the Biden DOJ basically seeks to have Straka sentenced for his political beliefs. Straka, for example, posted on social media, “Our government no longer listens & takes instructions from the People. They’ve decided to become dictators to the People. It’s time to rise up.” This is boilerplate political rhetoric; it’s hardly a summons to insurrection. Moreover, Straka posted this a month before Jan. 6, so his words can hardly be portrayed as an imminent call to action.

In a final desperate move, the Biden DOJ attempts to saddle Straka with the actions of protesters other than himself. The sentencing memo says that if Straka and others had never showed up, there would have been no Capitol breach. True, but Straka himself never breached the Capitol. The government also lumps Straka in with the crowd, saying in effect that the crowd did this and the crowd did that. In a free country, however, we’re responsible only for our own actions.

I wish the presiding judge would consider Straka’s actual culpable conduct on Jan. 6, which is nil, and give him the appropriate sentence, which is nothing. That’s not likely. But the judge can still send a message by giving Straka a token sentence. He’s already endured enough, over the past several months, and the real guilty parties are the ones who are trying to lock him up.