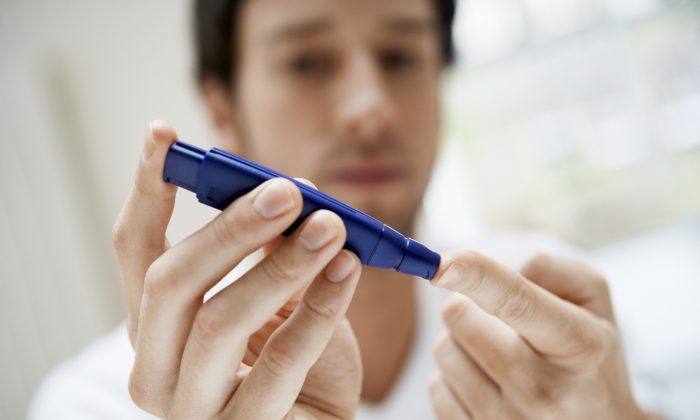 The Nutrient That Helps Prevent and Treat Diabetes

Diabetes has joined obesity and heart disease as a plague perpetuated by modern lifestyle choices. Since the late 1980s, the medical community has recognized that insulin-resistant individuals often exhibit a host of risk factors that, if left unchecked, will likely progress into one or more of these conditions. The name for these risk factors is Metabolic Syndrome (MetS) or Insulin Resistance Syndrome and is frequently the precursor to full-blown diabetes.

Research is revealing that a common nutrient can help with both a pre-diabetic and diabetic condition. Coenzyme Q10 (CoQ10) is a naturally-occurring substance in our bodies and in some foods that is necessary to provide energy to our cells. Inside our cells there is a micro-sized energy manufacturing facility known as the mitochondria. Mitochondria depend on CoQ10 to boost energy for every cellular function. Unfortunately, this nutrient can become depleted as we age or experience health issues that require additional amounts, as in the case of MetS or diabetes.

In the 2015 study published by the European Journal of Nutrition, researchers with the Kashan University of Medical Sciences in Iran conducted a randomized, double-blind, placebo-controlled trial with 60 overweight or obese and type 2 diabetes mellitus patients with coronary heart disease aged 40-85 years old. The researchers wanted to determine if CoQ10 had any effect on glucose homeostasis parameters, lipid profiles, biomarkers of inflammation and oxidative stress among patients with MetS and diabetes.

The researchers concluded that patients diagnosed with MetS had measurable benefits when supplementing with 100 mg of CoQ10 for eight weeks. Improvements included serum insulin levels, insulin resistance and b-cell function, as well as plasma total antioxidant capacity (TAC) concentrations. When the body does not make enough insulin or cannot use it properly, high levels of glucose (blood sugar) build up in the blood, often leading to diabetes. Because it is so prevalent, we often forget how serious diabetes is on its own and, when left unchecked, can contribute to kidney damage, blindness, heart attack, stroke and death. In fact, cardiovascular complications are now the leading causes of illness and death in diabetic individuals.

Some of the best food sources of CoQ10 include: fatty fish like salmon, tuna, and herring since CoQ10 requires fat for absorption. Just three ounces of cooked herring, for example, has 2.3 milligrams of the nutrient. One ounce of peanuts has 0.8 milligrams. One ounce of sesame seeds offers 0.7 milligrams of CoQ10. The same portion of pistachios offers 0.6 milligrams.

To learn more about supplementing your diet with CoQ10, talk with your doctor or medical practitioner

Nuts: An Important Component of an Anti-Diabetes Diet