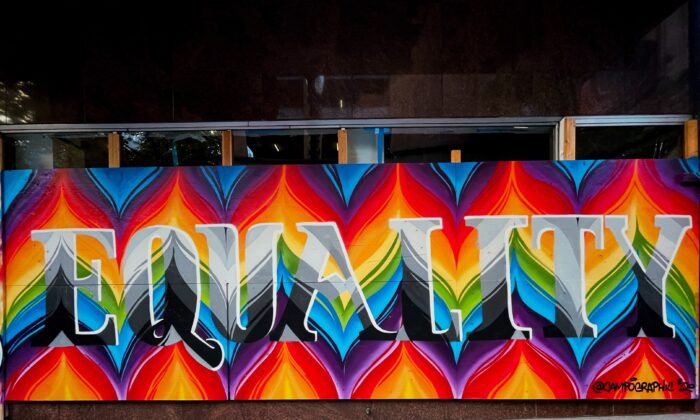 The New Religion of Wokeism

Have Americans truly turned away from religion? Or have they merely found a new faith?

A 2016 poll by the Public Religion Research Institute (PRRI) found that 25 percent of all Americans described their religion as “none.” That description was particularly prominent among elite urban, affluent, credentialed, professional, and young Americans. Do those respondents really not belong to a religion? Or are they kidding themselves?

After all, they ask the same questions that people have asked for millennia: Where was I before I was born? What makes me me? Where will I go when I die? Why is the world imperfect? Why do bad people seem to win so often? The only thing that makes them special is that they think their answers constitute something other than a religion.

They’re wrong. They can’t explain many of their beliefs using only observations, testing, and logic—just like the rest of us. What’s more, they like to surround themselves with friends who believe the same things they do—a community of co-believers. Far from having no religion, these people belong to the world’s newest religion: Wokeism.

From their perspective, one of the best things about Wokeism is that it’s contemporary. All the old-time religions use language that sounded great to farmers, shepherds, nomads, and fishermen; Wokeism sounds good to college professors, bureaucrats, and tech workers. While the Psalmist, raised with sheep, may have found comfort in “the Lord is my shepherd,” today’s Woke are far more likely to want a Lord in investment banking.

It snowballs from there. Wokeism appeals to people who trust “Science,” not “God.” Woke authorities are experts, not priests. Woke seminaries are universities, not monasteries. Perhaps most importantly, Wokeism caters to its faithful without ever admitting that it’s either a faith or catering.

It’s impressive that Wokeism could meet those challenges. It shows that this new religion was not some casual experiment, and it’s not some random collection of political ideas and slogans. It’s an all-embracing culture and lifestyle. It’s also anti-Biblical and anti-American. Ethical Wokeism, which grows out of the same utopian tradition as Marxism, inverts many of America’s ethical foundations.

To Americans, it’s self-evident “that all men are created equal, that they are endowed by their Creator with certain unalienable Rights, that among these are Life, Liberty and the pursuit of Happiness.” To the Woke, humans are born into inherent inequality. History and society bestow upon them distinctively unequal rights, responsibilities, privileges, and expectations. Life may be okay for those already born, but liberty is an illusion. Happiness is a distraction from the cause of justice.

Woke views of biology, sex, race, gender, justice, the supernatural, the start of life, and the place of humanity within nature set Wokeism apart from all other faiths.

Apocalyptic climate change is a fully eschatological vision of the end of times: Man’s sins against nature will lead the earth, the seas, and the skies to rise and smite him. Only full repentance and a radical alteration of his profligate lifestyle can bring salvation.

The trans movement is nothing less profound than the rediscovery of the soul: An innate, unchangeable, inner essence that defines a self-identity truer than mere biology or genetics.

The source of continued human suffering is not “sin,” but “racism.” Racism is no longer a set of attitudes or behaviors that can be overcome at the individual level. It’s a timeless curse corrupting all existing institutions and relationships.

Many of the extreme responses to COVID-19 have become ritualized. Face masks are a religious garb, vaccines a rite of passage and tribal marking. Many other behaviors are updates of ancient purification rituals.

Anyone who ever ran afoul of a blasphemy law would recognize cancel culture immediately: It’s forbidden to say things that might upset the faithful.

The list of Woke innovations grows with each passing year. They’re all twists on recognizable religious beliefs or practices. It’s entirely unsurprising that they all take hold most closely within the American enclaves most distant from traditional faith. Those are precisely the people who need them most.

The Woke insist that theirs is not a religion but rather a search for truth, a quest for justice, a desire to restructure society along the lines of equity and enlightened thinking, and a set of guidelines to conform behavior. That’s a pretty good working definition of a religion.

Wokeism has descended upon America—the Woke and Unwoke alike. It’s here, it’s real, and it’s very much a religion. It’s far beyond time that we start to treat it like one.

Bruce Abramson
Follow
Bruce Abramson, Ph.D., J.D., is a senior fellow and director of the American Center for Education and Knowledge (ACEK). He is the author of five books, most recently “The New Civil War: Exposing Elites, Fighting Utopian Leftism, and Restoring America” (RealClear Publishing, 2021).