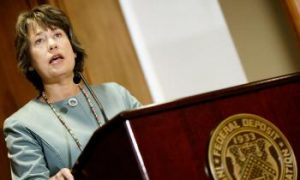 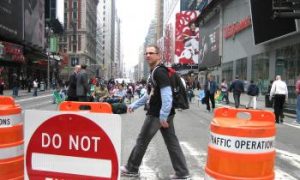 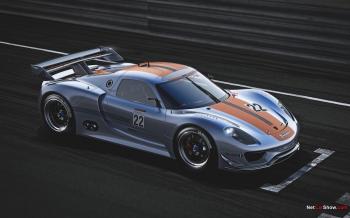 The new Porsche 918 RSR is similarly outside the rules; it is an experimental racing laboratory for Porsche engineers to test their ideas for combining alternative power, fuel efficiency, and high performance. (Courtesy of NetCarShow.com)
Autos

By James Fish
Print
Porsche, long a leader in high-performance sports cars and in many forms of racing, is moving to the forefront of high-performance hybrid technology with its new 918 RSR, revealed for the first time on Jan. 10 at the 2011 North American International Auto Show in Detroit.

The 918 RSR combines the styling of the 918 Spyder concept car, first introduced at the Geneva Auto Show in March, with the flywheel hybrid technology of the successful 911 GT3 R, that competed in several races in 2010.

According to Porsche, the new car is the logical extension of the factory’s "Porsche Intelligent Performance" philosophy, furthering research into “sustainable efficiency improvement under the intensified conditions of the race track.”

The new car is a stripped-down version of the 918 Spyder, with all of the amenities removed to cut weight, shod with racing slicks, and wearing the number 22, hearkening back to the Porsche 917 which held the Le Mans distance record from 1971 until 2010.

The system employs a composite flywheel spinning up to 36,000 RPM, capturing braking energy as angular momentum and generating electricity for short bursts of acceleration. The Williams F1-inspired flywheel-based KERS powers two 75-Kw electric motors attached to the front wheels, giving the vehicle a peak output of 767 bhp for eight-second bursts.

Tested on the tracks of Europe, America, and Asia in grueling endurance races, the KERS performed flawlessly in the 911 GT3 R. The lighter, more powerful 918 RSR should prove an even more demanding test bed for the KERS, which Porsche plants eventually to employ in certain road cars.

Porsche is ahead of the racing world with its new high-speed hybrids. The 911 GT3 R raced unclassified, because there are currently no rules for hybrid GT cars. Called the “race lab” by Porsche engineers, the car was built and raced to prove the concepts under the toughest possible conditions—10-, 12-, and 24-hour endurance races.

The new 918 RSR is similarly outside the rules; it is an experimental racing laboratory for Porsche engineers to test their ideas for combining alternative power, fuel efficiency, and high performance.

As yet, the factory has not stated when and where the new car might first compete. American aficionados can hope for the upcoming 12 Hours of Sebring, though that seems unlikely, as the car has yet to do any long-range testing.