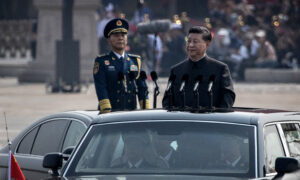 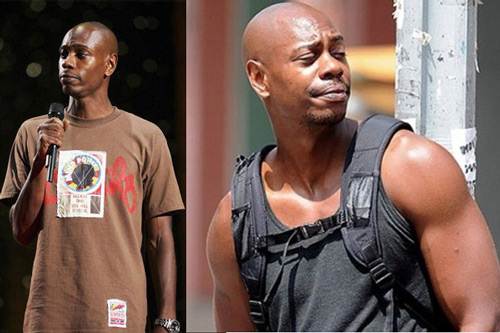 The New Dave Chappelle Is Scary

OKAY, I SAID IT.  The new Dave Chappelle is scary.

No, I’m not talking about his essence.  It’s his new look.  To my knowledge his essence remains the same.   Albeit I haven’t seen his latest stand-up routine, it’s my hope he’s still got that goofy-sexiness I fell in love with way back in the 90’s.

A part of  Dave’s goofy-sexiness was that he also possessed a skinny-goofy-sexiness.  Yes, Chappelle’s small frame had appeal for some of us ladies and perhaps for some of the guys too.  Perhaps it was a look that didn’t intimidate his audience.   Yet, I will speak for myself and say that my lack of favor for the appearance of the new Dave isn’t at all grounded in the realm of intimidation.   I  simply find the new Dave physically unappealing.   Will this render him any less comical??  I don’t know.  I just know that muscle-bound guy doesn’t look like my Dave.

I’m certain there are scores of  men who can’t fathom a woman’s lack of appeal for muscles.  Aren’t muscles what women are looking for?  Well… not always.  Dave’s appeal was organic.  A marriage of his intellectual and comic essence, which is not unlike many other stand-up masters.  Paul Mooney is sexy.  George “It’s a big club and you ain’t in it!” Carlin – was sexy…. may he rest in peace.

By the time the very first episode of Chappelle’s Show aired I was utterly hooked.  The minute Dave appeared on stage I’d begin laughing while not a word had been uttered from his lips, nor a sound from his looney tone of voice.   Chappelle’s very thin frame  simply became a staple of his image and appeal.  T-shirt’s draping off of his torso as they would from a hanger.  Skinny arms dangling about.  Loved it.

The term “genius” is often unwarrantedly placed upon some of our popular comics.  It was placed upon Richard Pryor and while I’ll agree that Pryor is arguably one of the best comics of my generation, I was one of the very few who refused to comply with that consensus.  Pryor was funny on stage, however unless Pryor was being utilized in a dramatic role  his comic abilities were reduced to on-screen buffoonery.  Making silly faces has never been enough to make me laugh.  That’s my story and I’m sticking to it.  Chappelle remains one of the few comics who is actually worthy of that “genius” honor.

Ah, the handsomer, skinnier Dave we all know and love

Maybe it’s just me, but the old Dave just looks like a kinder-gentler Dave.  The guy from the neighborhood who always helps “Miss Sadie” with her grocery bags.   The new Dave looks like he’s some guy who wants to beat the hell out of you and can handily do so.  While I’m not at all pleased by Chappelle’s new look, I’ve certainly no desire to abandon him as a fan.

I’ve been with Chappelle since his 90’s stand-up routine, and when I developed a girlish crush on him in the Tom Hanks, Meg Ryan romantic comedy You’ve Got Mail.  I stuck with him and was proud of him when he tossed 50 million dollars back into the faces of industry execs to keep his personal and artistic integrity in tact, and I’m sticking with him now… weird looking or not.

Well, the proof will be in the pudding and at this juncture I figure it’s time for me to get myself out there and to see Dave’s new act in person.  But time is running out to catch his tour.  It looks like there is only one performance left at The Red Rocks Amphitheater in Morrison, Colorado on Sunday, August 24.  It’s not likely that I’ll get there but hoping some one out there can catch the show and send me a critique.