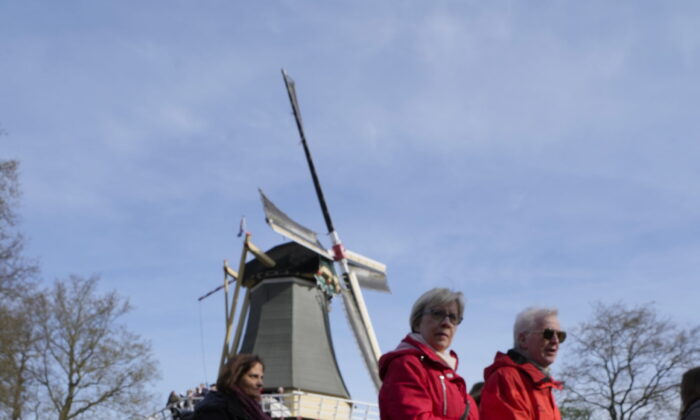 The Dutch government is investigating at least two undercover Chinese police stations operating in the Netherlands in violation of its sovereignty, said the Dutch Foreign Affairs Ministry spokesperson.

According to a recent publication (pdf) by the human rights NGO, Safeguard Defenders, overseas Chinese police “service stations,” or “110 Overseas,” are found in dozens of countries across five continents.

In the Netherlands, one Chinese service station was located in Rotterdam by the Fuzhou public security department, and the other in Amsterdam by the Qingtian County police.

Dutch Foreign Affairs Ministry spokesperson Maxime Hovenkamp said, “Officially we take it seriously,” and the Chinese government didn’t inform the Netherlands of the stations via diplomatic channels, in a telephone interview with the Chinese language edition of The Epoch Times on Oct. 26.

The Dutch government is investigating the purpose and the work of the stations before appropriate action is taken, according to Hovenkamp.

She emphasized, “So let’s make it per definition—That’s illegal.”

So far, at least four countries, including Canada and Spain, are probing offices operated by Chinese law enforcement agencies in their territories, said the human rights NGO, Safeguard Defenders.

Chinese dissident Wang Jingyu who took refuge in the Netherlands has first-hand experience with the 110 Overseas.

In February, someone from the Rotterdam service center volunteered to provide aid for him and asked him to meet at the Rotterdam Centraal railway station.

He was suspicious about the intention and rejected the idea. Since then, he’s been receiving harassing calls constantly, he told The Epoch Times on the 25th.

He said, “I thought I was safe here, but they’ve been following me everywhere.”

He explained that the Chinese embassy made a false bombing threat about him to the Dutch police who later identified the threat as a false claim. The incident was previously confirmed by two Dutch media, RTL Nieuws and Follow the Money.

Hovenkamp told The Epoch Times that the Dutch police and the Ministry of Justice are investigating the issue, but she does not have the details to cover.

The Service Station in Rotterdam

Recently, a resident of Amsterdam was informed of a Chinese police station in Rotterdam.

Zhang Yanhua, a Chinese national and also a Falun Gong adherent in Amsterdam, was on her mission to raise awareness of the regime’s persecution campaign against Falun Gong, a cultivation rooted in ancient Chinese history and culture, to tourists at the Dam Square.

A man approached her and spoke of the Chinese service station in Rotterdam, Zhang told The Epoch Times on Oct. 26.

He warned that there’s a Chinese service station in Rotterdam and they work to persuade overseas dissidents with “deceptive rhetoric” and “convince” them to go back to China; consequently, “some of them could not return to the Netherlands,” Zhang recalled.

The man explained to Zhang he just left Hong Kong because of the loss of freedom in Hong Kong.

Zhang said the man emphasized that those who work in the service station are all Chinese police, but they came with a different affiliation.

Mr. Zhao, a Chinese national studying toward a doctoral degree in the Netherlands, told The Epoch Times on Oct. 27 that he’s aware of the agency. At one point in time, he was hoping to renew his Chinese ID card through the service station in Rotterdam. But, he was informed that the service was limited to Chinese people native to Fuzhou.

Considering the huge cost to set up police stations around the world, he is suspicious of the true intention behind the setup of these overseas stations when the service is so limited.

In a press conference on Oct. 26, Agence France-Presse (AFP) posed a question about the two illegal police stations in the Netherlands to the Chinese foreign ministry spokesperson Wang Wenbin.

Wang said that the overseas police stations are “overseas Chinese service centers,” with the purpose to help overseas Chinese nationals renew their driving licenses and receive physical examinations; a solution during the time of the pandemic.

The Epoch Times could not reach the Chinese service center in Rotterdam for a comment. The Chinese embassy in the Netherlands avoided discussing the issue, saying that it only provides assistance to Chinese people in need. Calls to the political section and the secretary of the ambassador went unanswered.

According to Safeguard Defenders’ report, the two Chinese service stations in the Netherlands were dispatched from Fuzhou and Qingtian.

Fuzhou is a city in Fujian, a province on the southeastern coast of China. The Fuzhou public security sector launched the first “110 Overseas” of the province in January 2022, according to Chinese state media reports.

By January 2022, Fuzhou police had established 30 overseas service centers, including the one in Rotterdam. The service center is allegedly located in an apartment building at Van der Sluysstraat 370, Rotterdam.

In Amsterdam, the service station was created by the public security bureau at Qingtian County of Lishui City. As of February 2021, it claimed to have established 46 stations in 39 cities across 29 countries since 2018, according to Chinese state media reports.

A Chinese report in January 2020 revealed that the service station in Madrid, Spain, successfully convinced a Chinese suspect to return to Qingtian County.

In August 2022, the regime’s mouthpiece CCTV claimed that between April 2021 and July 2022, the overseas police had successfully returned 230,000 fraud suspects back to China through alleged persuasion, without providing any further detail.

Li Yan contributed to this article.