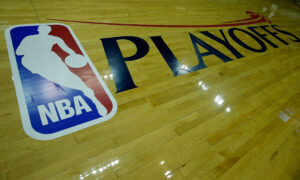 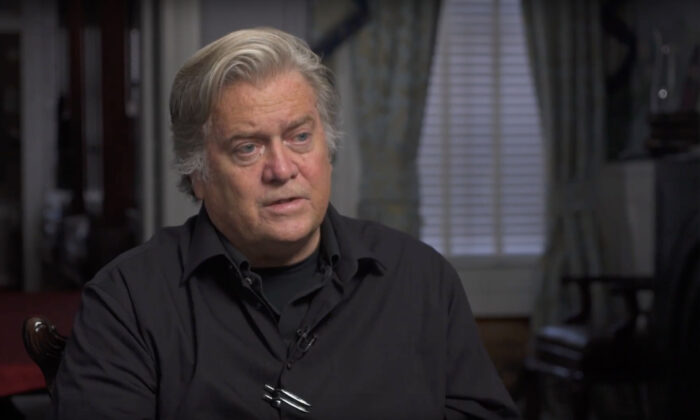 The NBA Is Supposed to Be So ‘Woke’, But It Kowtowed to the Chinese Regime: Steve Bannon

“They completely kowtowed to the CCP [Chinese Communist Party],” Bannon said in an interview with The Epoch Times’ sister media NTD on Oct. 7.

“It was humiliating what they did.”

Houston Rockets owner Tilman Fertitta was quick to distance the team from Morey’s comments, saying the manager did not speak for the brand.

The NBA then issued a statement on Monday saying it was “regrettable” that the tweet “deeply offended” Chinese fans. The Chinese version of the statement took a more apologetic tone, saying: “We are extremely disappointed for the … inappropriate remarks. He has, without a doubt, seriously hurt the feelings of Chinese sports fans.” Morey also apologized on Oct. 6 for any hurt caused by the tweet.

The tweet provoked a fiery backlash from Chinese companies, officials and fans. Several Chinese organizations suspended business ties with the team, while tech giant Tencent Holdings, which has exclusive internet streaming rights for NBA in China, said on Monday it would temporarily stop showing Rockets games.

Chinese state television said on Oct. 8 it would not air NBA exhibition games played in the country this week.

“The NBA is supposed to be so woke … They’re so sensitive to everybody else’s rights,” Bannon said, pointing out the organization’s double standards. The league has drawn both praise and controversy in recent years for encouraging players to speak out on race and gender issues.

“This I think, shows the people of China, of mainland China and Hong Kong, the moral cowardice of the corporations in America.”

Bannon said this incident revealed “what [the] freedom fighters [in Hong Kong] are up against.”

“The corporations in America are in business with these guys [the CCP],” he said.

“[It’s] All about the almighty dollar. It’s a disgrace.”

NBA Commissioner Adam Silver, in a statement on Tuesday, said “freedom of expression have long defined the NBA,” adding it was not up to the league to regulate what players, employees and team owners say. Neither was it the “role of the NBA to adjudicate those differences” of viewpoints between people around the world, he said.

Silver later told a news conference in Japan, where he is attending an exhibition game, that the NBA was not apologizing for Morey “expressing his freedom of expression.”

Bannon said that NBA fans should demand an explanation from the Houston Rockets owner and NBA officials.

“And the people in China and in Hong Kong are going to hold the capitalists in the West to account for what they did.”