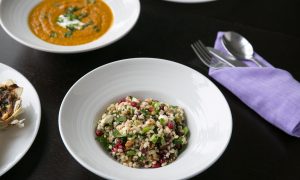 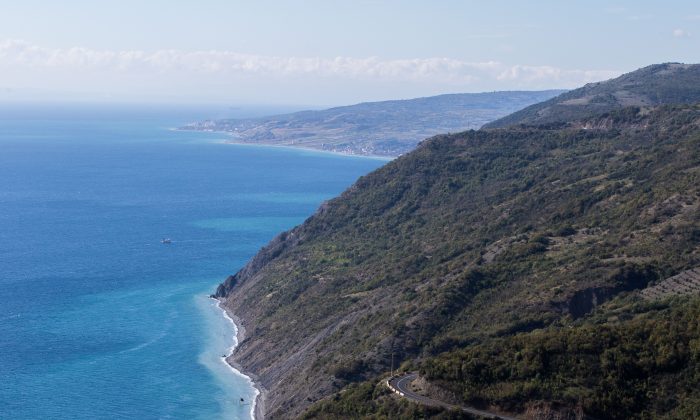 The Many Charms of Turkish Thrace

Some of the most fought-over areas in the old Roman world can be found in Thrace, a region in southeast Europe whose historical boundaries have varied since antiquity. Over centuries, the region was disputed by kings and emperors and witnessed changing civilizations, from Thracian tribes to Romans, Germanic tribes to Ottoman Turks.

Today, Thrace’s boundaries extend into Turkey, Bulgaria, and Greece. Eastern Thrace is located in the European part of Turkey as part of the Marmara Region, and this is the area I explored on a visit last fall.

In Tekirdaq Province, vineyards dot the countryside flanked by rolling hills and dense forests. This part of the country has beautiful coastlines and a vast array of historical monuments that date from prehistory through Greek, Roman, and Byzantine times all the way to today.

Driving the winding roads up into the Istranca Mountains, we snaked along the coastline of the Marmara Sea and in the distance could make out Marmara Island, one of Turkey’s historical treasures. The island is renowned for its marble, which has been used to adorn mosques and palaces.

The view as we went higher was spectacular—blue sea, sandy beaches, fishing boats, a multitude of seabirds, and small wooden fly-fishing huts all nested within a natural backdrop of high green hills. This area near the village of Yenikoy is very popular for hiking and paragliding enthusiasts.

Ucmakdere is a picturesque coastal village surrounded by vineyards. It was a wine-making centre in the distant past, and Greek-built wineries are still in operation today.

The village displayed a typical Mediterranean scene: wrinkle-faced old men sitting outside the teahouse and shops, drinking tea and playing cards, chess, or other games to pass the time. Village life, with only 200 residents, is slowly fading away due to the exodus of the youth to the big cities.

The villagers were very welcoming and friendly, greeting us warmly and offering us tea and coffee as we sat in a small garden under vine trees outside the teahouse. Next door to the teahouse stood a mosque with a single minaret.

We strolled through the village, mainly consisting of wood and stone houses whose small gardens were populated with heavily laden pomegranate shrubs.

The seclusion and peacefulness of Ucmakdere make it a hidden paradise.

Ucmakdere was purposefully concealed from the sea to protect it from pirates. The seclusion and peacefulness of the village—a popular resting place for hikers heading to the summit of Ganoz Mountain—make it a hidden paradise.

Next we headed for the nearby town of Sarkoy, where we had lunch. This small town also sits on the Sea of Mamara and sports a striking lighthouse to protect fishing boats and other vessels from the submerged rocks.
Sarkoy has the longest beach in Turkey and the twelfth longest in the world, and is a very popular holiday destination for Turks in the summer.

We left the coast and the beauty of the glorious Marmara Sea and headed back into the mountains, making our way through the countryside to our resting place for the night, the Bakucha Vineyard Hotel & Spa near Kırklareli, the capital of Kırklareli Province.

As with most Turkish hotels, the Bakucha has a traditional Turkish bath or hammam, but it is unique in that it sits within its own 200 hectares of the Arcadia Vineyards estate.  The hotel entrance is set in a stone tower, which resembles an ancient Edirne castle. The top of the tower affords a scenic view of the vast lands that extend to the Istranca Mountains on the horizon.

Near the city of Kirklareli is the Asagipinar archeological site where ancient settlements from 6,000 B.C. and earlier have been found. Onsite there are replicas of the abodes and tools used in ancient times. The museum, built in 1894 during the Ottoman era, houses natural history specimens, tools, handmade sculptures, coins, and many other archaeological artifacts.

We also visited Dupnisa Cave near the villages of Sarpdere and Demirkoy, close to the Bulgarian border. The cave is located deep in the Longoz Forest in the Istranca Mountains, and getting there requires time and patience as the road is narrow and winding.

Erosion over millions of years has created natural galleries of small and giant columns, pillars, and spikes, with a variety of weird and eerie figures built up from hydrologic properties. A stream of underground spring water lends a freshness to the caves, which are easily accessible and fitted with wooden walkways and secure stairways with good lighting.

Kirklareli Province has many attractions, but its crowning glory is its mosques, including Selimiye Mosque, a masterpiece by the architect Mimar Sinan, who is renowned for his many monumental designs during the Ottoman era.