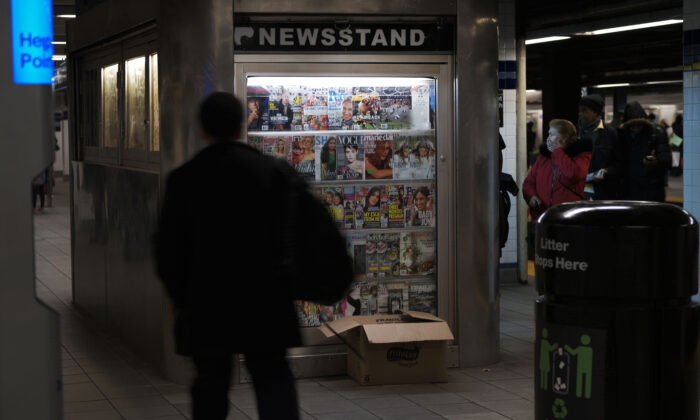 Why does the mainstream media rarely apologize or even admit, beyond a buried notation on page 34 or so, to their seemingly biased errors and, to be kind, misstatements?

For nearly three years, they yammered on about Trump–Russia collusion, even winning and accepting Pulitzer Prizes for their efforts, when they all knew—and it’s clear now from recently revealed transcripts that the principals did as well—that it was all an unmitigated lie.

What occurred regularly over those years (and unfortunately still does) was that one of those principals—or someone who could plausibly sound close enough to the principals—leaked something that might be true, but wasn’t actually, to one of those mainstream media mainstays, some of them quite famous, who then turned around and trumpeted the prevarication to the world.

The leaker was criminally liable for leaking, of course—everyone knew that—but would rarely, if ever, be punished because the only one who could really finger him or her was the “innocent” journalist (i.e., the “leakee” profiting from the leak) him or herself. Why would he or she do that?

But again, why would he or she do something so reprehensible as to participate in a despicable pas de deux of disinformation that a decent citizen might consider unpatriotic or even treasonous? You have to be pretty power-mad for that or a true believer in the ends justify the means.

If you don’t mind my being a little self-referential, I think the answer may be in my 2016 book, “I Know Best: How Moral Narcissism Is Destroying Our Republic, If It Hasn’t Already.”

We all have some idea what narcissism is, even if not the formal clinical variety. We know the story of the Greek youth Narcissus who was so entranced with his own image it went, shall we say, to his head.

But what is moral narcissism?

Here’s a short definition of the moral variety for that, alas, vast majority that haven’t read my book (yes, I read my royalty statements):

“What you believe, or claim to believe or say you believe—not what you do or how you act or what the results of your actions may be—defines you as a person and makes you ‘good.’”

They do other things as well that are worse, such as lying in the press for what they convince themselves is the right thing.

As I describe in the book, by being a moral narcissist—by adhering to the agreed definition of the “good,” no matter the result—you become part of a team, an elite ironically similar to Stalin’s nomenklatura.

Since I wrote the book, really 2015 for 2016 publication, the moral narcissism of our media has become more severe almost by the day. They admit nothing. They say nothing about what occurred or why.

What was their role in the promulgation of the Steele dossier when so many, it has become obvious, knew it was a fraud? Do they regret it? Do they wish they had said something as it took off and became the bogus linchpin of the Russia investigation?

Why, to name but one name although one of singular importance, did Dean Baquet, executive editor of The New York Times, devote the attention of nearly his entire press room to a subject so fundamentally dishonest for months on end?

To call it a “witch hunt” was an understatement. It was a mass delusion. Virtually all the major media outlets played along except the editorial pages of The Wall Street Journal and, sometimes, Fox News.

Why? We have no answer to this, not even a hint. It’s as if the whole thing never happened. After all, they’re on the “good” team. They are the moral ones, in their own heads anyway.

It’s a greater sickness than I had imagined. If I were writing that book now, I would add a special chapter for our media and call their condition “Malignant Moral Narcissism,” because their form of narcissism has evolved into the dangerously clinical. It is beyond mere neurosis because it negatively impacts society at large to a maximum degree.

We are now a nation divided as never since the Civil War, and these media lies are largely the instigator of that. This is especially bad because, coming out of a pandemic, the likelihood of our society to have the ability to work together is seriously undermined, perhaps for years to come.

We may never be the same.

Many, influenced by their moral narcissism, consciously or unconsciously, don’t want us to succeed. They are the media’s children.

Some have criticized my book for not offering a solution to the illness. I wish I could. But we may have reached a “tipping point,” as Van Gordon Sauter—CBS News’ president in the ’80s—notes in the May 25 Wall Street Journal. He suggests even-handedness is no longer commercially viable and the answer is for everyone, at minimum, to admit their bias and move on.

I agree, in principle, but moral narcissists, as I define them anyway, are unlikely to do that. They think they have the truth and bias is no part of it.

To be perfectly honest, I’m not sure where we go from here, but I’m looking for an answer.

(Author’s note: I would like to thank Cindy Simpson and Rush Limbaugh for bringing my book back to life, at least temporarily.)

Roger L. Simon—The Epoch Times’ senior political columnist—is an award-winning novelist and and Oscar-nominated screenwriter. He was the co-founder of PJ Media and tweets @rogerlsimon.