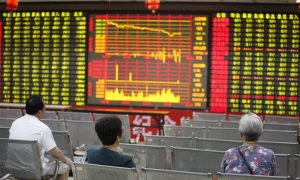 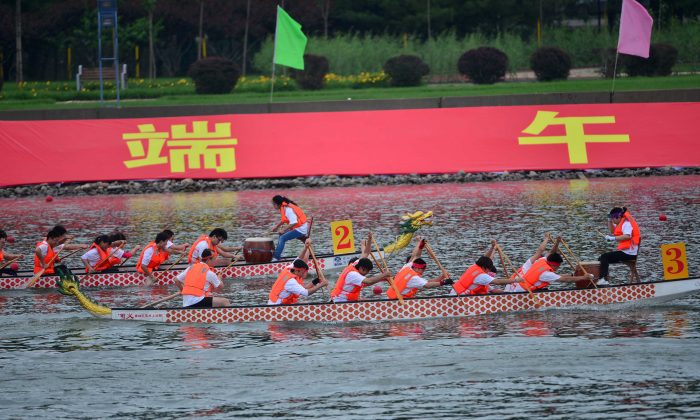 The Long and the Short of China’s Credit Crunch

Suddenly in early June, banks and businesses in China couldn’t get the credit they needed to operate. This was due to both short-term and long-term causes.

On June 6 a loan default triggered credit tightening. China Everbright Bank failed to repay a loan to the Industrial Bank. Subsequently, several major banks such as ICBC, Bank of China, and others closed large fund transfer services in major cities.

In several cities, banks refused to allow withdrawals on the pretense of computer glitches. In fact, the sudden constriction of credit was the problem. Within a few days the interbank overnight rate soared from 3-4 percent to 13.44 percent as of June 20.

An unintended consequence of new Communist Party leader Xi Jinping’s fight against corruption has also placed a burden on the banking system, as many senior officials have moved their money overseas.

In fact, corruption has penetrated the entire Chinese finance system. The total amount of money embezzled and the amount of money transferred overseas is unknown. Due to corruption, many Chinese banks give a false appearance of health, showing plenty of money on the books when in fact they are cash short.

The official reason for the credit crunch—apart from computer glitches—was said to be the Dragon Boat Festival, which was celebrated this year on June 12. This popular traditional Chinese holiday comes every year, and yet this year, it was said to cause a large number of withdrawals from the banking system.

Withdrawals connected to the Dragon Boat Festival could not have caused such an unusual upsurge in new loans. I believe the main causes for the new loans, and the main, long-term causes for China’s credit crunch, can be traced to China’s local government debt and shadow banking.

Shadow banking—off-the-books loans at high interest rates mainly to private enterprise—has accounted for over 40 percent of the loan activity in China. This lending carries much higher risks.

Many investment projects are built by taking on new debt to repay the old debt, in the manner of a giant Ponzi scheme.

For example, if an investment was originally estimated to have a high profit, but the estimates overstated the actual performance, then a new project will be engaged for financing. As long as someone is willing to invest in the new project, that investment is used to pay for the old loans.

Local debts in China total about 20 trillion yuan (US$3.3 trillion), accounting for about 30 percent of China’s GDP. Since the financial crisis in 2008, central authorities have invested 4 trillion yuan (US$656 billion) in local projects. Local government debt has since grown.

In a March speech, Chinese central bank chief Zhou Xiaochuan said, “20 percent of local government debt is quite dangerous, because these projects contribute no fiscal income.”

Overall, today’s credit crunch is no accident. Structural problems have long existed in China’s banking system. In addition, there are problems of excessive infrastructure investment, the housing bubble, and so on.

At first, the Chinese central bank seemed to ignore the credit crunch and provided no liquidity.

Then the central bank saw that if the situation were allowed to continue, the stock market would likely crash. The Shanghai index dropped from 2,300 to 1,849, down by 19 percent from early June. This is a huge decline.

On June 24, it fell 5.3 percent, on June 25 it dropped another 5.8 percent. The central bank provided liquidity and announced three times that day its willingness to intervene, and the stock market finally came back a little.

While stocks slid down, banking stocks in particular took a hit. Because the credit problems started in the banking industry, it is inevitable bank shares would fall.

However, stocks in other industries also experienced a big drop. They all rely on bank loans, and, without loans, most companies could no longer continue to operate normally. Their cash flow will break down, which may even lead to bankruptcy.

The tightening of credit, then, has put everything at great risk and had a major impact on the entire economy.

The liquidity provided by central bank can only temporarily ease the money shortage. It won’t solve the fundamental finance problem facing China today.