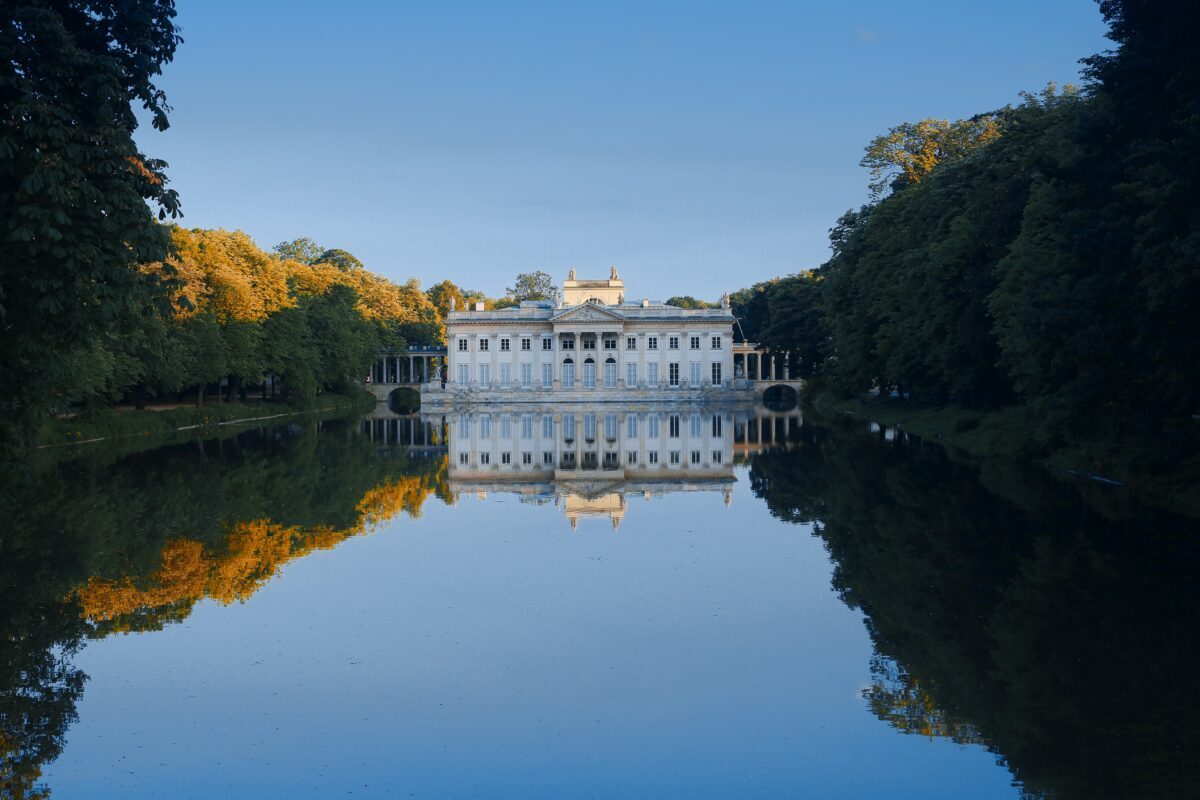 The neoclassical-style Palace on the Isle in Warsaw, Poland, reflects the last king of Poland’s love of art and architecture. The palace sits on an artificial lake (seen above). The king used the arts to convey morals, patriotism, and the values of good governance at a time when Poland was occupied for most of his reign. (Royal Lazienki Museum)
Arts & Tradition

Larger than life: Art that inspires us through the ages
BY Lorraine Ferrier TIMEOctober 13, 2022 PRINT

WARSAW, Poland—In 1764, King Stanislaw August Poniatowski bought a baroque bathhouse pavilion along with a surrounding estate to build his summer retreat in Warsaw.

The bathhouse, originally designed by Dutch architect Tylman van Gameren, was extended to make the king’s neoclassical-style summer retreat, the Royal Lazienki Palace. Some of the original bathhouse décor remains inside the palace, which is more commonly known as the Palace on the Isle.

The vast gardens reflect the king’s love of the English gardens that he’d seen on his Grand Tour, in particular the Stowe Gardens in southeast England, designed by the eminent head gardener Lancelot “Capability” Brown.

Among the estate’s notable neoclassical buildings are the Myslewicki Palace, the Old Orangery (which contains the Royal Sculpture Gallery and the Royal Theater, home of the Polish Royal Opera and one of the few surviving 18th-century court theaters), and the White Pavilion, the dining room of which contains the first Polish grotesques (murals of flora, fauna, and fantastical creatures).

The king was an avid art collector, a hobby he’d picked up in the Netherlands after he was inspired by the work of Peter Paul Rubens and Anthony van Dyck. The art and architecture throughout the king’s buildings promote religious and moral values and the Republic of Poland.