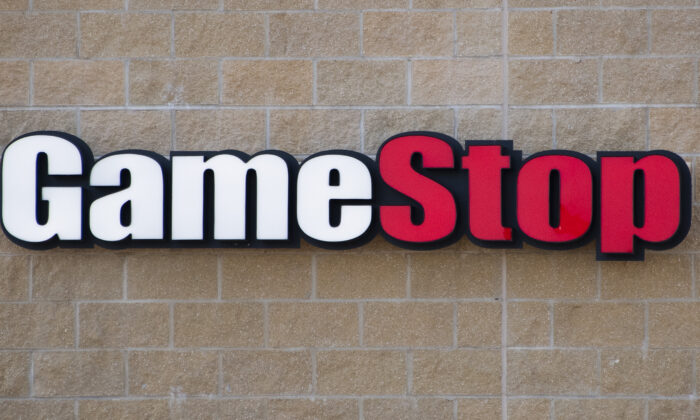 The Larger Impact of the GameStop Investor Wars

Investors and observers alike have been watching the incredible price movement and volatility escalation of the retail gaming company GameStop (GME). On Jan. 11, the stock closed just under $20 per share. On Jan. 28, it traded as high as $450 per share intraday and closed at $193.60.

The stock is currently trading around $350 per share in after-market hours.

At the heart of the incredible price movement lies an intense tug of war between retail investors and at least one large hedge fund—although there have been a number of other hedge funds circling the situation and involved in a variety of capacities. Melvin Capital had established a large short position in GameStop, betting the company’s stock price would fall.

Retail investors discovered this and began a buying spree of epic proportions, driving the price of GME up in the face of Melvin’s short position, leaving the fund vulnerable to huge losses as it had bet GameStop’s stock would fall.

The situation quickly became an open war between the more traditional hedge fund players and the brash, often younger, retail investors. But this war became emblematic of a larger issue, in which the opportunity to participate freely and fully in our financial markets is often slanted toward the large players on Wall Street, combined with a seeming resentment toward everyday investors from Main Street.

Regulators began to look closely at the situation and one brokerage firm, Robinhood, used heavily by the retail crowd in their purchases of GameStop stock, on Jan. 28 suspended all buying activities in GameStop. Not selling by retail investors, just buying was banned. That caused the price of GameStop to plummet intraday and although levels are higher in aftermarket trading, they are still far below the intraday highs.

According to some accounts, Robinhood also began liquidating the holdings of some of its customers without their consent. Whether this was related to margin calls or some “Terms of Service” agreement isn’t entirely clear at this time.

What is clear, however, is that a lower price in GameStop stock provides immediate relief for any hedge funds that held short positions in the company and also helped the circle of other hedge funds that had very likely established their own short positions recently and at much loftier levels. It was the small retail investors who were primarily hurt by these actions.

A pundit on Twitter stated that “undermining confidence in the pricing mechanism of the market to make some quick cash and screw those guys isn’t virtue.” He was referring to the short squeeze applied to the hedge funds by the retail investors.

But pointing the finger toward retail investors misses the mark entirely.

The market provides a long-term determination of value. And regardless of short-term situations, the true undermining of confidence in the market’s pricing mechanism happens when there are attempts to control or regulate the market. Or make an outside determination as to whom is allowed to participate in it.

We now have large institutions—Robinhood, other trading firms, and government regulators—coming into the fray and essentially telling these retail investors that valuations are incorrect. In essence, they are telling these small investors that “We don’t think GameStop should be trading where it is. We think you’re wrong. And we’re going to do something about it.”

Regulatory forces outside the financial markets, perhaps at the prompting of well-connected players within the market, are now telling active investors that intervention is necessary if certain stock prices are externally perceived to be overvalued or “incorrect.” In effect, putting forth a belief that markets, and more importantly, individual investors, need to be controlled at some fundamental level.

On a fundamental basis (ignoring the short-squeeze), I don’t think GameStop deserves to be trading anywhere near the levels it’s seen over the last few days—but that’s also just an opinion. And opinions aren’t a firm valuation of the company, nor does such a thing even really exist. The matter is always subjective and best determined in a free market environment over time.

Taking matters a bit further, who’s to say that GME is overvalued? A possibility, however remote, exists where GME could live up to its newfound valuation—perhaps by making a shift to an online platform or a fundamental alteration in the way they do business. It’s not so important what the avenue for success might be, but rather that it’s possible.

For those skeptical of such a possibility, there have been real-world occurrences when a company has been on the brink of bankruptcy and has gone on to achieve incredible success. Although it’s often forgotten, Apple at one point seemed destined for bankruptcy and was trading at pennies in its pre-iPhone days.

Stock bubbles and market bubbles are a part of markets. They always have been and they always will be. And there’s almost always an underlying reason why a bubble occurs in the first place, although that reason may not be readily apparent for years.

Sometimes, there are obvious situations such as the vetting process that takes place across a multitude of new companies in a promising industry where potential winners and losers have yet to be determined. In this scenario, some companies are wildly overvalued but others are significantly undervalued. In other situations, the answer is far less obvious.

Regardless, valuation and pricing issues always get straightened out in the end. And bubbles are a part of financial markets; they aren’t a problem overall. But when outside forces begin determining what is a bubble and then try to fix that from a regulatory vantage point, there is a big problem.

One need look no further than the Federal Reserve to see the truth of this matter. Consider the number of times the Fed has introduced itself into the markets—pumping excess liquidity into our financial system and creating an environment of easy money. Many of our greatest national financial catastrophes stem from poorly constructed monetary policies emanating from the Federal Reserve.

Our newly minted Treasury secretary, Janet Yellen, engaged in exactly this type of behavior when she served as the Fed chairperson. Real rates (interest rates adjusted for the impact of inflation) were negative for virtually all of Yellen’s tenure. The Fed has been wrong time and time again, partly because individuals are not infallible and partly because the Fed is subject to politicization.

One of the primary brokerage firms at the center of the GameStop fiasco, the previously mentioned Robinhood, is no saint in this sequence of events either. Although it charges no commission, it still makes money through order flow and spreads. On Dec. 17, 2020, the SEC fined Robinhood Financial $65 million for “Misleading Customers About Revenue Sources and Failing to Satisfy Duty of Best Execution.”

Robinhood’s largest source of revenue comes from payments the company receives from large trading firms in return for Robinhood “sending its customer orders to those firms for execution” —something known as “payment for order flow.” Additionally, the SEC found that customers of Robinhood had their stock orders executed at “prices that were inferior to other brokers’ prices.”

When the dust on this saga settles, it will likely prove interesting to discover if forces outside of Robinhood, including firms that process Robinhood’s orders, played any role in the halt of buying shares of GameStop or if that decision was made wholly within the company itself.

However, there’s an overarching issue that looms larger in this stock market saga and subsumes even the issue of protecting large inside players at the expense of the small investor.

What happens when you allow a small group of individuals or institutions—government figures and regulators, certain hedge funds, and Wall Street investment houses (perhaps acting on behalf of government regulators)—the power to determine the appropriateness of decisions made in the broader financial markets? And if certain players are given free rein in determining what constitutes appropriate valuations for a given company, where does that influence stop?

This “We know better than you” mentality quickly leads down a path toward greater government influence and determination on which companies are successful and, perhaps more importantly, which industries are successful.

Although it might seem far-fetched now, what happens if the government takes a dim view of an initial public offering (IPO) and effectively says, “No, we disagree. That IPO is being priced at too high of a level.”

In effect, the government begins to decide where and how capital should be allocated. In many respects, this is already being done. Look no further than the billions already being spent in the name of “Climate Change.”

If a proverbial red line on outside intervention isn’t quickly drawn, we may find ourselves occupying a world in which the federal government believes it should be doing the capital allocation in place of open financial markets.

In some respects, the market has served as the ultimate arena of opportunity and free speech. Theoretically, it doesn’t matter what you look like or where you come from. We can all invest in companies we deem attractive, and if we’re wrong, the market quickly shows us the error of our ways.

But these recent events have exposed the extent to which this belief may be unfounded and the manner in which the financial system has been systematically weighted towards certain players, at the expense of others. And that’s what these small retail investors currently are fighting over.

The fundamental issue currently being fought over is who gets to have a role in determining financial value, access and outcome—who gets a seat at the proverbial table. Is it all the participants that make up the market? Or is it only the entrenched Wall Street players and the government regulators who want to step deeper into their role, exerting greater control and shaping desired outcomes.

Fox’s market analyst, Charles Payne, observed that “the stock market is not in turmoil—billionaire hedge funds are in turmoil.” And he’s 100 percent correct. The hedge funds got caught offside in this mess, and now that they’re feeling financial pain, they want to change the rules.

Instead of placing blame on the multitude of small investors, we should be looking at the risk management policies of the big hedge funds. Their risk controls—or lack thereof—allowed them to get into this situation.

And make no mistake, it’s completely normal for hedge funds to go after the weak or vulnerable positions of other hedge funds. They specialize in this. Using financial derivatives and other such instruments, they constantly stress-test situations and other firms’ holdings, even push companies into technical bankruptcies. This game has always been played.

But this time, it’s suddenly different because it’s the retail investors—the little guys—who are doing the pushing.

Jeff Carlson is a regular contributor to The Epoch Times. He is a CFA® Charterholder and worked for 20 years as an analyst and portfolio manager in the high-yield bond market.