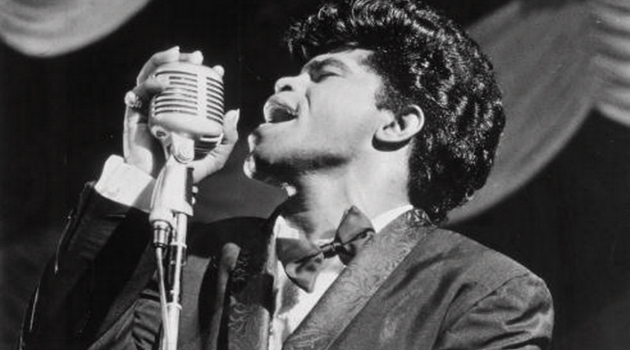 The James Brown Legacy: Soul Brother Number One – When He Was “King” Of Soul

In 1972 Francis Ford Coppola directed one of the greatest films ever to grace the silver screen.   It was called The Godfather and at that particular time it was all the rage.  It was a film adaptation taken from the best selling Mario Puzo  novel of the same name.  It was loosely based on a real mob family. We couldn’t stop talking about it.  There was the horses head in the film producer’s bed,  and Marlon Brando in a modern day blockbuster.  It was a pop culture phenomenon.

At about the same time the career of James Brown was more on the downswing than it was on the upswing.  Brown had hardly become a has-been at this time but the sound of R&B music was evolving.  If Brown was going to stay at the top of his game he’d have to re-invent himself and evolve with the popular culture and that’s exactly what he did.  In 1973 Brown released a new ground-breaking record called The Big Payback.. and along with that hit song came a new James Brown moniker.  He had previously been affectionately known as the “King” of soul.  Now… James Brown was The Godfather Of Soul.  The moniker took and ultimately stuck. Moreover, this was the first James Brown song to crossover into mainstream top 40 appeal.  Previously deemed too “Black” for crossover appeal, Brown had now officially arrived and his music was approved for all listening audiences.

Flash back to circa 1967.  I was only a a child but my mother took me to Philadelphia’s Uptown Theater.  The Uptown was the Philadelphia version of New York’s Apollo Theater…. and it was an entertainment venue to be revered by recording artists.   You didn’t dare take your act to The Apollo before road testing it at The Uptown.  Because no other city will boo you faster than the good people of Philadelphia.  That was true in the early days of Rock and Roll and it remains true today.  From their sports teams to the music industry.   If an act got booed at The Uptown they knew a change would have to be in order before attempting to perform at The Apollo.

The Uptown was and is still located on Broad street in Philadelphia’s North Philadelphia section of town.  Concerts were not only at night, but there were afternoon shows with major headliners.  Adults often attended with children in tow.

So there I was at The Uptown at a James Brown concert.  At that time he possessed a triple moniker.  He was “The King Of Soul” and “Soul Brother Number One”, and “The Hardest Working Man In Show Business.”  Brown had his own emcee who tirelessly and melodramatically howled Brown’s name and moniker…  “Ladies and gentlemen! Ladies and Gentlemen! Soul brother number one!  Soul Brother number one!  The Hardest Working man in Show business! The King of Soul! Jaaaames Brown!”   And the crowd went wild.

I watched as Brown would come out and kneel to the floor as he sang the soul ballad Please, Please Please.   The theatrics were off the charts.  A man would come on to the stage and drape an extravagant looking cape over the kneeling, pleading soul-singer.  Brown would then throw the cape off of his back and rise again in triumph. Audiences ate it up and there I was in the middle of this soulful revelry.  It was a moment in time I’ll never forget.

James Brown was known for being a great showman.  If you went to a James Brown show you knew you were going to be utterly entertained.  Sweat dripping down his face and torso, with dance moves unmatched by any other performer of that era.  It was a sight to behold and seeing James Brown in person was always considered a must in the Black community.  As well, his songs were so popular and a pleasure to dance to they were considered a staple at house-parties.  You simply wouldn’t have a house party or any other kind of dance at that point in time without a strong collection of James Brown music. He was indeed by far the “King” of soul.

Later I’d end up seeing Little Stevie Wonder (yes, Stevie Wonder was child performer for those who may be too young to have known)  at The Uptown as well.  I remember him performing Fingertips and at one point crying out to the audience… “… Stevie want some barbeque!”  Of course the crowd roared and ate it up.  I’d also see The Four Tops,  as well as one of my favorites;  Philadelphia’s The Delfonics.

Box office tickets for these top billing acts were at prices that could be now considered unimaginable.  Ticket prices as low as about four dollars.  Those days have passed along with the passing of Soul Brother Number One.  While he’s is affectionately and internationally known today as The Godfather of Soul (a moniker that I admittedly do appreciate), he will always be The King of Soul to me…. Soul Brother Number One… The Hardest Working Man In Show Business.

The James Brown Biopic Get On Up opens today in theaters nationwide.