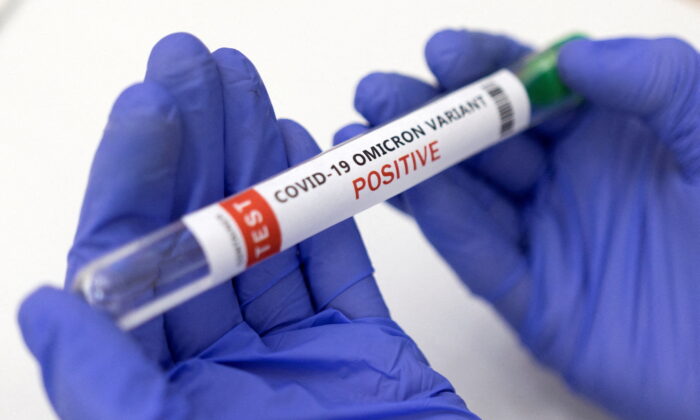 Dissident Covid Report #5: Lockdowns, vaccines, and boosters wildly failed to live up to their promise

1) Vaccines do next to nothing to curb Omicron transmission

Remember in the good old altruistic days, vaccines were not primarily for self-protection, but for the safety of others? “Your actions have consequences for other people’s health,” was the undefeatable argument. Failing to contribute to community health and safety was a socially criminal offense. It often sowed bitter division among families, friends, and employees.

Those at the time reasonably suggesting (based on Israeli data) that vaccine efficacy may wane were considered fringe, selfish, science-denying quacks that must be censored.

Well, Pfizer is now on the side of the quacks.

“We have seen with a second dose very clearly that the first thing that we lost was the protection against infections …. But then two months later, what used to be very strong in hospitalization also went down.”

Saying this 6 months ago warranted vigorous condemnation from the holy followers of the divinely ordained public health authorities. Now it’s brought to you by Pfizer.

And neither the formerly labelled “science-deniers” or the Pfizer CEO are incorrect.

According to real-world data from the UK Health Security Agency, double-vaccination (Pfizer or Moderna) is only about 10 percent effective at preventing Omicron infection 5 months after the second dose.

Less recently, South African laboratory experiments found the Pfizer vaccine may have up to 23 percent efficacy against Omicron infection.

In other words, vaccines do almost nothing to stop the spread of Covid. As has been explicitly stated by the medical establishment for the past few months, the exact opposite of the original vaccine pitch is the actual reason to get jabbed: “get vaccinated to protect yourself against severe disease and death.”

That rationale is indeed sound (for now at least—and hopefully forever), but notice how the narrative diametrically flipped? Yet, the policies didn’t?

Umpteen individuals across the Western world have lost their jobs and their livelihoods due to their personal choice to not get an experimental, societally useless medical intervention. If this isn’t tyranny, I don’t know what is.

2) Lockdowns were a demonstrable failure

For more than a year into the pandemic, opposing lockdowns was synonymous with murderous egocentricity.

“You’re willing to risk the lives of others just to get a workout in?”

“You rather get a haircut than keep grandma safe?”

I recall one such example close to home: Paul Henderson, the editor of my dying local newspaper, denounced several lockdown skeptics on Twitter as selfish, dangerous conspiracy theorists. If you don’t trust the experts, you’re a science denier, he declared.

Well, he and every other lockdown fanatic were wrong. So wrong.

A new Johns Hopkins study adds to the growing database of research on the monstrous failure of lockdowns.

The meta-analysis reviewing thousands of studies and analyzing the 34 most reliable ones found lockdowns “had little to no effect on Covid-19 mortality” and come with immense economic and social costs. The researchers emphatically conclude lockdowns “should be rejected as a pandemic policy instrument.”

The Hopkins findings echo the conclusions of Canadian economist Douglas Allen’s 2021 analysis that lockdowns had negligible impact on Covid-19 deaths.

To be clear, the early epidemiological models predicting mass Covid deaths did warrant immediate and stringent lockdown measures. However, once it became clear that such modelling was wildly incorrect, lockdowns should have ended (while implementing age-stratified measures to keep the vulnerable protected).

But politicians and the public health authorities didn’t correct course. And the damage done is unquantifiable.

All under the fictional promise of preserving life and preventing deaths.

The mainstream media eventually catches up. At the very least acting in their own self-interest, they know failing to cover facts that repudiate the original narrative will undermine their credibility. As of late, The New York Times has been doing some decent reporting on vaccine efficacy.

One of their recent pieces says, “Covid booster shots lose much of their potency after about four months.” To re-iterate, saying this about double-vaccination (let alone boosters) was considered deranged conspiracy theory 10 months ago.

The CDC study mentioned in The Times piece analyzed the effectiveness of boosters against serious hospitalizations. They looked at over 200,000 emergency visits and 90,000 hospitalizations among adults 19 and over. As NYT summarizes:

Protection against emergency department and urgent care visits declined from 69 percent within two months of the second dose to 37 percent after five months or more. Booster shots restored those levels to 87 percent.

The effectiveness of boosters also waned. Protection against emergency department and urgent care visits dropped to 66 percent within four or five months, and to just 31 percent after five or more months of receiving the third shot, the researchers found. The latter estimate may not be reliable because few people received boosters more than five months ago, and so the data is limited, the researchers said.

Yes: in a few months, booster protection essentially cuts in half. So why are we still mandating it?

Real-world data aligns with the CDC’s findings. Dr. Tracy Hoeg—one of the lead authors of the notorious myocarditis study (as I wrote about last month)—has been consistently sharing data on booster inefficacy in European countries.

Here’s data from Denmark showing the under-40 boosted population having the highest rates of infection:

🇩🇰Updated data from Denmark showing highest rates of infection in those who have received *boosters* who are >40 yo
🟢booster
🔵2 doses
🔴previously infected
🟠unvaccinated
But see adjustment for test # s below
Denmark now w/around 85% omicron@SSI_dk (https://t.co/6cGMtejQlf) pic.twitter.com/mWxI8wzE6I

All these data points illustrate the booster promise has been wildly oversold. Instead of conceding this reality, medical establishment bureaucrats continue to push more under-tested, unpromising booster shots:

“There may be the need for yet again another boost — in this case, a fourth-dose boost for an individual receiving the mRNA — that could be based on age, as well as underlying conditions”

Fool me once (double-vaccination), fool me twice (booster), but now a third time?

This article was originally published on the Substack publication Noble Truths with Rav Arora.