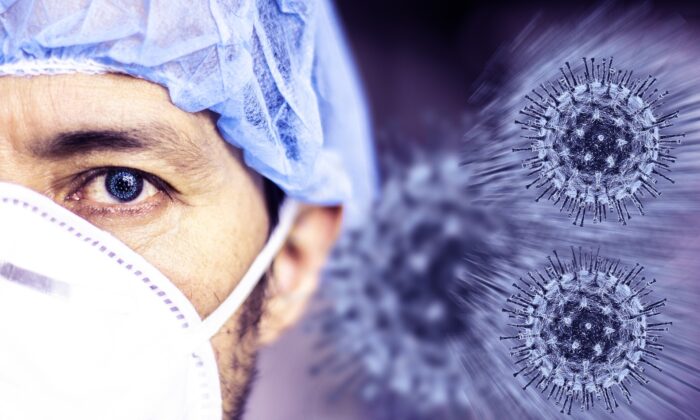 The tally for how much the federal government spent to combat COVID-19 is now estimated to be $5 trillion. It’s more than the combined costs of World Wars I and II. The left is celebrating that politicians in Washington saved us. Really? From what exactly?

Two years later, it is time for an honest assessment. Could things have worsened for the country if the government had spent nothing and done nothing? What would have happened if we hadn’t shut down our businesses? Our churches, schools, and restaurants. Our parks, basketball courts, and playgrounds.

Would the public have made worse decisions regarding protecting its health and the health of its families and its employees than the politicians have made?

The left believes that it was government intervention that saved millions of lives. But even with all the federal spending, some 879,000 (and counting) have perished from the virus. It was politicians such as New York Gov. Andrew Cuomo whose awful decision-making contributed to the deaths of thousands of seniors exposed to infected patients in nursing homes. In addition, politicians didn’t shut down the New York subway system for many weeks into the virus, costing thousands more avoidable deaths.

Suppose the government is here to save us. How do we explain the shameful malfeasance of the Centers for Disease Control and Prevention, the Food and Drug Administration, the National Institutes of Health, and other government medical agencies and programs that spend roughly half a trillion dollars each year to keep us healthy? All of that money couldn’t stop a virus from wreaking havoc on the country for two years and counting.

Why was the CDC caught entirely unprepared to fight this virus? It would be like a town spending millions of dollars a year on fire protection, and the first time there is a significant fire, the firefighters are all napping, no one slides down the poles and the fire engines won’t start. So, what were Dr. Anthony Fauci and the rest of the experts at the CDC doing with the tens of billions of dollars we give them each year? They studied the health effects of liberal obsessions such as climate change, racism, and gun violence. What they weren’t ready to do was their job: preparing for infectious diseases.

Then, there is the question of what Washington did with all the money. At least $2 trillion was given to workers and businesses to compensate them for the lockdowns that the government itself imposed. We now have pretty conclusive evidence from dozens of country and state studies that lockdowns were a highly ineffective way to combat the virus. Lockdowns may have saved some lives, but this response was the equivalent of trying to remove a tumor with a sledgehammer. Age-adjusted death rates were no lower in states that shut down their economies than states that stayed open.

The rest of the money went to pay school districts even though the school doors were locked shut, to fund states and cities that closed their businesses, to fund mass transit trains and buses that operated nearly empty, and worst of all, to fund hundreds of billions of dollars of welfare programs, such as expanded unemployment benefits, that paid workers to stay off the job. Millions of workers still haven’t come back.

The one program that did work was President Donald Trump’s Operation Warp Speed. But the heart of that program was to find ways to pull end-runs around drug and vaccine regulations that hold up lifesaving medicines for many years. As a result, private companies such as Pfizer invented the vaccines in record time because the government stayed out of the way.

We are still paying a high price for President Joe Biden’s screw-ups as we deal with the less deadly Omicron variant. Late last year, Biden’s Department of Health and Human Services stopped all shipments of an effective COVID-19 treatment by Regeneron because a CDC model concluded wrongly that the Delta variant had disappeared. Thanks to that blunder, many thousands died or were hospitalized because the government denied them treatment. Other promising therapies, such as by GlaxoSmithKline, have run into regulatory hurdles preventing or delaying their use.

Wouldn’t it have been more competent and more humane to let doctors and patients make these decisions rather than Washington bureaucrats and politicians?

There have been a multitude of other snafus by the government that only validate the utter incompetence of big government. Some $300 billion was stolen by fraudsters who ripped off the Medicaid and unemployment benefits programs.

Now, here we are, two years from the start of COVID-19, closing in on 1 million dead and $5 trillion more in debt. Millions of children have suffered, perhaps irreparably, from a loss of schooling (some of which still goes on in some districts). There are some 50,000 to 100,000 deaths of despair caused by the lockdowns. And the virus is still out there, though thankfully in retreat.

Big government didn’t save us. On the contrary, big government has left us weaker as a nation in every way, and we will spend decades cursing the fact that we panicked and handed over so much power to so many incompetent people in Washington.