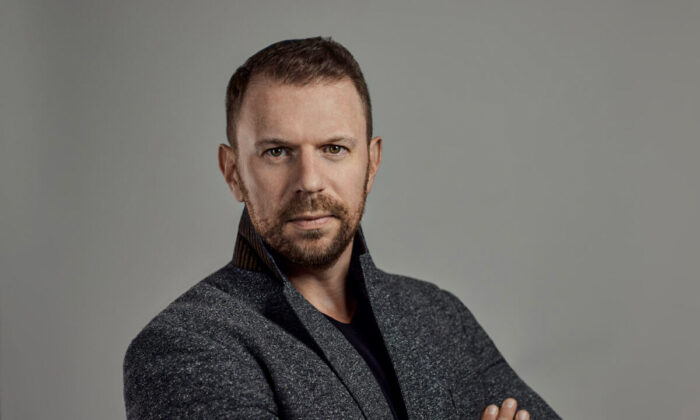 The New York Times has allowed many of its key reporters to present stories that were distorted, sometimes even reframing history to benefit those in power, journalist Ashley Rindsberg says in his new book about the newspaper.

Rindsberg’s book challenges the long-held belief that the NY Times is the model for trustworthy journalism and integrity.

The author criticized the NY Times for putting profit before the welfare of people who were or are living under oppressive regimes.

“It’s come at the cost of people’s lives, as we saw in the case of the Ukraine famine, and as well, through The New York Times’ cover-up of the Holocaust, and their anti-immigration stance that they took against the Jews during those years.”

At that time, the NY Times’ Moscow bureau chief, Walter Duranty (1922–36), was hailed for his reporting from Russia but later was criticized for his misreporting, especially in the case of the famine in Ukraine. In addition, the paper’s Berlin bureau chief, Guido Enderis, was known for being a Nazi supporter.

Rindsberg said this alteration of history continues to the present, citing the “1619 Project” published by the NY Times in 2019. The NY Times’ webpage states that the 1619 Project’s version of history aims “to reframe the country’s history by placing the consequences of slavery and the contributions of black Americans at the very center of our national narrative.”

Rindsberg said the NY Times has the power to influence what the public believes to be true, and what it chooses to publish can alter history.

“That’s the common thread there, whatever the sympathies might be, the Times is willing to allow the sympathies to take hold. And we’re seeing that right now, with the ‘1619 Project,’ and this ‘woke’ awakening, this radical awakening in the newsroom,” Rindsberg said.

“For Nikole Hannah-Jones, the creator of the ‘1619 Project,’ to write in her essay, in that magazine issue, that the Revolutionary War was fought to preserve slavery is just on its face false. There’s no historical evidence to support it whatsoever.”

The “1619 Project” has been widely criticized by scholars for its historic inaccuracies and alteration of historical facts.

“It was a claim that The New York Times actually fact-checked with a professor of African American history at Northwestern University, who told them that it’s not a claim that they can make, it’s false. It’s wrong, and they made it anyway. The key here is to understand that the mistakes, the errors, and the falsehoods were not a problem for The New York Times, they didn’t correct the biggest ones. They tried to defend them, they left most of them in there,” Rindsberg said.

“What you really start to understand is that those falsehoods were the point. If you’re trying to change history, you literally have to change it, and that’s exactly what the project does. It literally changes history, without any basis, without evidence, in a non-scholarly way.”

Jekielek pointed to the fact that in the past two decades, the NY Times has published little coverage of the Chinese Communist Party’s (CCP) ongoing human rights abuses of spiritual and religious groups such as Falun Gong and the Uyghurs.

Rindsberg said the heads of the large corporate media such as The NY Times align with the CCP’s agenda mainly for profit.

“But I think from the top where the culture is at the newspaper, where the editorial guidance is set, there absolutely has to be that consideration. They’ve already found out the hard way, when they bumped up against China’s “Great Firewall,” as it’s proverbially called, when they were locked out, in I think 2011, 2012,” Rindsberg said.

“And now they are trying to get back in, they [are] still maintaining a Chinese edition of the newspaper. And again, like with the Falun Gong—and the Uyghurs are exactly the same pattern we’re seeing right now—where’s the reporting, where are the op-eds, where are the editorials?”

The NY Times didn’t respond to a request for comment on Rindsberg’s findings by press time.