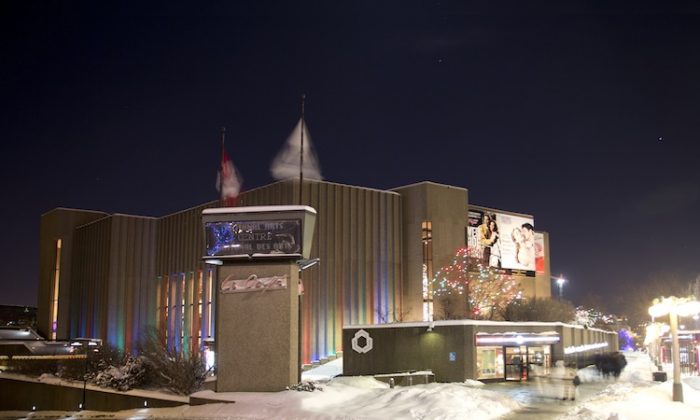 ‘The grace they exhibit is quite amazing,’ Says Bank VP of Shen Yun Dancers

Mr. Bilodeau attended the performance with his daughter, who also loved the show.

“I think the show is wonderful. The colours are beautiful, the costumes are wonderful, the orchestra is amazing,” he said.

“It’s the first time my daughter and I experienced Chinese culture so it’s wonderful to learn a little bit more of the background and the traditional dance, so we’re really enjoying ourselves.”

According to its website, New York-based Shen Yun was established in 2006 with the mission of reviving 5,000 years of China’s divinely inspired culture, which was all but destroyed by various Communist campaigns such as the Cultural Revolution.

The performance features Classical Chinese dance, an art form that is both ancient and broad in its scope and includes very difficult jumping and tumbling techniques, as well as ethnic and folk dances.

“I’m really impressed with what good athletes [the dancers] are,” said Mr. Bilodeau.

“I see that power that they have when they jump, and the height they get on their jumps is really quite amazing. The balance and the grace that they exhibit is quite amazing.”

“It’s wonderful,” he said. “I find that [the dancers’] timing with the music is really amazing, that they can time their moves to the music and the orchestra.”

He praised the tenor and soprano for their strong voices.

“The power of their voice without any mic support was amazing.”

Like many others who have seen the show, Mr. Bilodeau was impressed by Shen Yun’s digitally animated backdrops.

“The way that they at one point jumped off the stage and then they landed on the screen—I thought that was really well timed. It added another element … it was pretty amazing.”

He noted that the synchronization between the dancers, the music, and the backdrops was flawless.
Shen Yun aims to renew China’s ancient heritage through dance and music while remaining true to the culture’s deep spiritual essence with its values of compassion, propriety, wisdom, honour, sincerity, and reverence for the divine.

“It raises awareness, I think that’s really part of it, in a very respectful and a very beautiful way,” said Mr. Bilodeau.

“I think the strong core values [of] honour and respect, I think those are the two that come across for me the most.”

Reporting by Sound of Hope and Joan Delaney