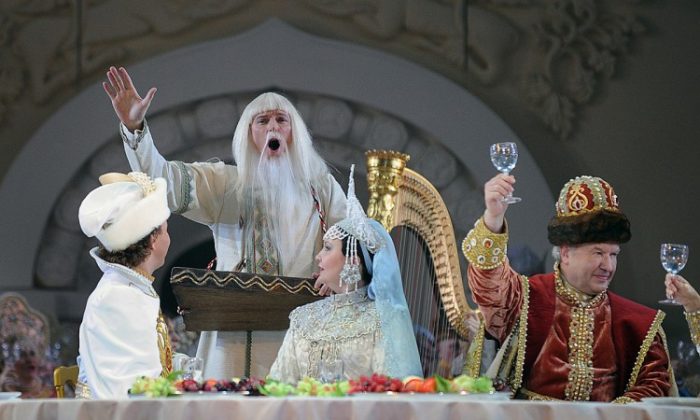 Who would have imagined that a chemist, two engineers, a soldier, and a state official would decisively mark the history of Russian music? This circle of composers, which has come to be known as “The Five” started in 1856 and lasted until 1870.

Self-taught, they demonstrated that cooperation, intuition, enthusiasm, and a simple desire to learn could lead to brilliant composing.

Until the late 19th century, popular music in Russia was considered too lowbrow to inspire serious composers. Russian composers had to resort to the official style, internationally recognized, of Italian, French, and German heritage.

Russian musicians, though, longed for a language of their own, independent of Europe.

Gradually defenders of Russian national art began to emerge, and at the same time, the Western educational system was introduced into the country.

In 1862 the St. Petersburg Conservatory was founded. Its programs formed musicians in the internationally recognized model. Six years later the Moscow Conservatory opened.

Many went to these great schools and became brilliant artists in the European tradition of music. But others, known as “Slavophiles,” took an independent path and followed the flashes that their national identity or their own artistic initiative suggested to them.

When a composer looks at the spirit of his country’s music as regards melodies, harmonies, and particular formal structures, musical nationalism is born.

The Five—or the Great Handful—was one of the leading exponents of Russian musical nationalism, and also a group of unique and charismatic musicians in and of themselves.

The Five, One By One

Mikhail Glinka, the father of Russian classical music, convinced Mili Balakirev to devote himself entirely to music, because until then he had focused on studying engineering. Today we thank Glinka for his power of conviction.

Mili Balakirev had the deepest knowledge of conventional music in the group and acted as the group’s informal teacher.

Balakirev, was a great promoter of Russian national music, he taught at the Free School of Music in St. Petersburg and published collections of folk songs that served later composers. He believed that technique was an obstacle to the expression. His more outstanding compositions are “Islamey” and his symphonic poem “Tamara.”

Alexander Borodin was a chemist by profession, and having little time to devote to composition, he left many unfinished works that were completed by his peers. His most representative work is the opera “Prince Igor.”