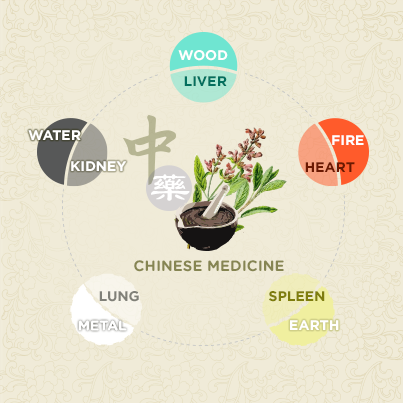 According to traditional Chinese beliefs, the Theory of the Five Elements applies to all things in the universe, including taste. (shenyun.com)
China

The Five Elements and the Five Tastes

According to traditional Chinese beliefs and culture, everything in the universe is generated by the combination of and movements between five elements: wood, fire, earth, metal, and water. So the characteristics of these five elements manifest in all things in the universe.

We human beings are part of the universe; therefore, of course the mechanisms in our bodies follow the principles of the universe and the five elements system as well.

The corresponding relationships between the five elements and the five flavors, or tastes, were recorded in the historical “Documents of the Elders,” namely, water to saltiness, fire to bitterness, wood to sourness, metal to pungent, and earth to sweetness.

Sourness nourishes the liver: Sour foods can enhance digestion and protect the liver. Eating them frequently can help digestion and kill unwanted bacteria in the gastrointestinal tract. It can also help prevent catching colds, lower blood pressure, and soften blood vessels. Foods that are primarily sour, including the sour plum, pomegranates, tomatoes, hawthorn, and oranges, all contain vitamin C that can strengthen immunity. This helps the body fight aging, and can prevent and treat atherosclerosis. It also helps the body fight against cancer.

Bitterness helps the heart: As an old saying goes, a good medicine tastes bitter. Chinese medicine believes bitter foods can leech out, dry, and solidify “yin,” and that they can dehumidify the body and increase the discharge of urine. Foods such as orange peel, bitter almonds, bitter gourd, and lily, if taken regularly, can prevent the accumulation of toxins and prevent and treat various types of sores.

Pungent aids the lungs: Chinese medicine suggests spicy foods can help the body perspire and can regulate and remove obstructions to the flow of vital energy. Common foods such as scallions, ginger, garlic, chili, and pepper are mainly pungent, and can protect blood vessels, regulate blood flow, and help unclog the meridians. Taken frequently, they can help prevent catching a cold. But people suffering from hemorrhoids, constipation, or neurosis should be cautious with their use.

Nevertheless, only by balancing our selections of foods and blending the five flavors can we call it a healthy diet; too much or too little of any flavor can cause disease. For example, too much sourness can cause liver qi to be too strong and restrain the function of the stomach and spleen (wood restrains earth); too much bitterness is likely to cause heart-fire to increase and counteract the lung qi (fire melts metal); too much sweetness can cause the spleen and stomach to be excessively strong and restrict kidney qi (earth dissolves water); too much pungent would promote excess lung qi and suppress liver qi (metal destroys wood); and too much saltiness would easily cause excessive kidney qi and subsequently restrain heart qi (water puts out fire).

The Five Element theory manifests in most systems in traditional Chinese culture. Not only the medical system, but also the music, art, climate, direction, timing, spiritual, and moral systems all follow this theory. Ancient Chinese people believed that The Creator of the universe created our world in this way using boundless wisdom, and so it follows that the Five Element theory and its constructs that permeate our lives are no accident.