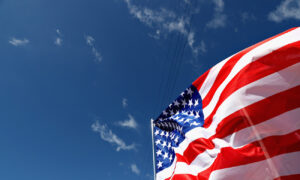 Has the Time Come to Break Up America?
0
Share Now
TelegramFacebookTweetEmailTellMeWeReddit
Copy Link 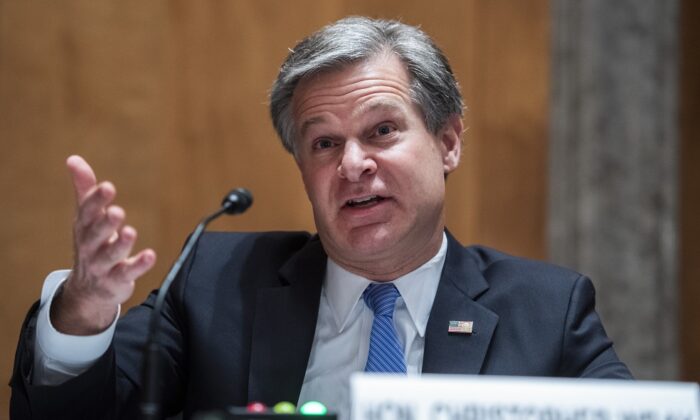 It’s Time to Break Up the FBI

FBI director Christopher Wray says that he would like to do away with encrypted messenger services like Signal that I and many of my friends and colleagues use to communicate with each other.

Wray claims that would make it easier to counter so-called “domestic extremism” that he and secretary of homeland security Alejandro Mayorkas, not to mention most of the staff of MSNBC, CNN, and the New York Times, are insisting (forget al-Qaeda, et al.) is the greatest threat to our nation today.

You know, folks like that hapless fellow in horns that’s been in solitary confinement since Jan. 6 as if he were a serial killer, he and those thousands of other “terrorists” and “insurrectionists,” only one of whom, it turns out, had a gun, who stormed (or were they waved in) to the Capitol that day.

But truth to tell, the very reason I—and I assume others—am on Signal and Telegraph is to stay as far as possible from prying prevaricators like Wray and Mayorkas and, most of all, from the organizations they lead.

I recommend others do the same.

One doesn’t have to go much further than last week’s revelation the FBI looked the other way for years on multiple cases of sexual abuse of our very young female Olympic gymnasts to know the organization is not only corrupt, it’s morally repellent.

As Jon Gabriel notes in “Larry Nassar got his due punishment. When will his FBI enablers get theirs?” “the FBI was busy chasing imaginary crimes instead of ending the serial abuse these national heroes suffered.”

Of course, this mostly took place when James Comey was director.

Wray is merely covering up, just as he has been for that great, even more monstrous, if that’s possible, other national malfeasance (i.e., imaginary crime) that has affected all of us—the little matter of supposed Trump-Russia collusion.

That “collusion” was concocted—as has been demonstrated by John Durham’s latest indictment, if we didn’t know in the first place—by Hillary Clinton and her ever-complaisant legal representatives (a “privacy & data security attorney” no less) and mainlined to the public by an FBI who took Hillary and the attorney’s lies at face value and ran with them.

Oh, how they ran with them, running roughshod over the rights of Americans, destroying the careers of the most patriotic citizens, like Gen. Michael Flynn, all in the attempt to upend the democratic election of a president or destroy his reputation once he had won.

This was attempted or accomplished by what has been revealed as a highly-politicized and secretive national police force.

Then there was this putative kidnapping of Michigan governor Whitmer in which more FBI agents were involved than kidnappers. And the recent paltry Jan. 6 demonstration in which FBI attendance was only exceeded by the press (or maybe it was the other way around).

There has been little or no accountability, thus far, for any of this, with two minor exceptions due to Durham’s work. Many of us are hoping for more. Maybe we will have it.

Christopher Wray is clearly hoping for the opposite, practicing the old Nixonian technique of the “limited hangout” while doing his best to obfuscate the demonstrated evil that occurred in any way possible.

Meanwhile, he points the finger at the rest of us as “extremists” with no evidence of anything other than Constitutionally-protected political opposition.

If Mr. Wray is really concerned about “domestic terrorists,” he should look in the mirror.

Nevertheless, since I’m a good guy and like to think of myself as a patriot, I will save his techno-goons some time and effort, forego Signal and say right here in public what I well might say in encrypted form. It’s not all that hard, since it’s so obvious.

Like Carthage, the FBI delenda est. The FBI must be destroyed.

(Holman Jenkins has written similarly in “Abolish the FBI” in the Sept. 22 Wall Street Journal.)

In The American Mind the estimable Angelo Codevilla advocates reforming it, but it is too late, not just because of its recent activities, but because of its history that has consistently, since the days of J. Edgar Hoover, devoted far too much attention to domestic spying on so-called “enemies within” (actually political enemies for one reason or another) and far too little to serious crimes like the Olympic gymnast scandal.

The identity of those “enemies” varied with the political winds or with the out-of-control power ambitions of people like Hoover.

When I say the FBI delenda est, I mean not just the Seventh Floor leadership that some, like Sean Hannity, blame for the entire problem, but the whole organization and everyone in it.

The fish may rot from the top but the rot seeps down, fatally if left alone long enough. And in this case the rank-and-file agents below apparently went along with a lot of malevolent activities. Is it possible they were all blind to them? Where were the whistleblowers?

No, everyone must go and the organization too. After the FBI is gone, we can think about how to build a replacement. With 16 other intelligence agencies, there’d probably be plenty of backup, although a number of them should probably go too.

Nevertheless, as they say in that horrible cliché “at the end of the day,” what a relief it would be that when the “Feds” come calling, the first thing you think about would not be where you put your lawyer’s phone number. It might even be how can I help.