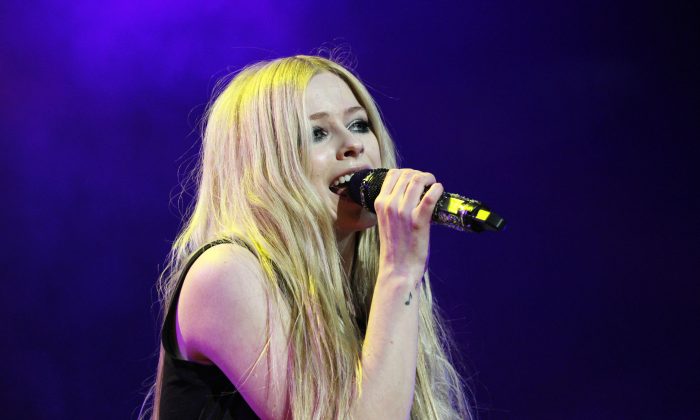 Avril Lavigne, performing in Atlanta in 2013, is one of the victims of the massive hack and the user Fappening Report claims that it has other pictures of her and other celebrities and is trying to sell them. (Robb D. Cohen/Invision/AP)
US

The notorious Fappening Report account says it has sets of naked pictures from the massive hack and is offering to sell them.

The account first popped up on Twitter, proclaiming that it had some new pictures following the first wave of leaks. It then posted several photos on 4chan, including several of Big Bang Theory actress Kaley Cuoco.

A Reddit user says that he sent an email to the Fappening Report’s hotmail account and inquired about pictures.

“They want $250 for most sets,” he said, noting that the account claims it has more pictures of Cuoco and Aubrey Plaza, as well as Avril Lavigne and McKayla Maroney.

“Started a thread on [4chan] and it sounded like 3-5 other members may have bought sets or not. Anyone have any knowledge about this? He wants western union or moneygram. Leap of faith? Should we start a kickstart? FBI honeypot? Thoughts?”

Reddit and 4chan users have been debating for days about the account, with some positing that it’s an FBI sting operation while others believe it may be legitimate.

“He asking for people to pay in the one of the most traceable ways possible. He’s either very stupid and doesn’t know what he is doing or it’s a trap,” said one user.

“If this was real, and I’m not saying it is, anyone from this sub who would buy anything from them should pledge to share with the rest. For the greater good,” another user posted.

“Might just mean nobody has tried to buy any from him. Alternatively, they have, but wish to keep it secret. Perhaps, if they’ve paid, they don’t want to share, or they don’ want the FBI after them. Which is strange – this guys been fairly open, although anonymous,” another user said. “It wouldn’t be too hard for the authorities to trace him. Hell, I wouldn’t be surprised if there were some computer nerds on 4Chan who could track him down, if they out their mind to it.”

“I’m not saying it is run by them either but this doesn’t help their argument that they aren’t. If I were to sell illegal things I’d, want a non traceable way of exchanging things. In real life that’s cash, on the internet that’s bitcoin or the likes. If they aren’t Feds(or Fed influenced actions) the only theory that makes sense to me is that they have no idea what they are doing and are only out for the trolls with no consciousness of the aftermath of their actions,” added another.

“Because if you’re smart enough to get the photos or rich enough to buy them from the celeb ring, you’re not going to be dumb enough to ask for an incriminating way of getting cash. It’s like asking a bank to write you a check for the money you’re stealing.”