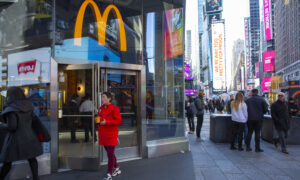 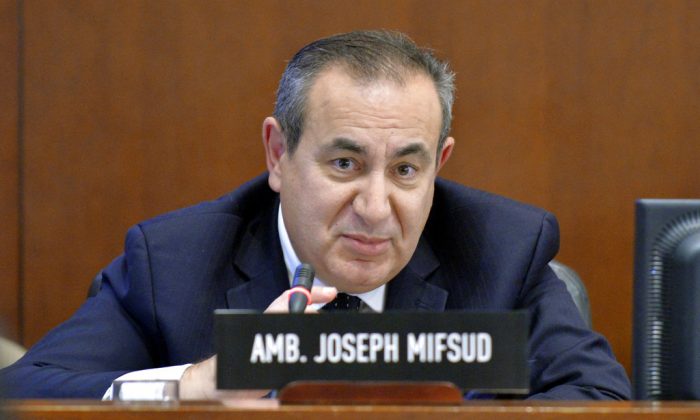 The Fake Russian Spy Who Came In From the Cold

For more than a year, the most mysterious figure in the ongoing Spygate scandal has been professor Joseph Mifsud, the Maltese academic who played an instrumental role in entrapping Trump campaign adviser George Papadopoulos on behalf of the FBI.

A great number of people have wanted to talk to Mifsud about what he knows concerning the FBI’s Crossfire Hurricane sting, the counterintelligence operation designed to entrap the Trump campaign into accepting offers of Russian help during the 2016 election. However, nobody’s been successful in talking to him thus far, since he’s been in hiding since the news broke of his involvement.

While his whereabouts are still unknown, a lawyer who claims to be representing Mifsud began recently giving interviews. Swiss lawyer Stephan Roh, who is reported to have been involved with handling Mifsud’s legal affairs for many years, volunteered to news media that Mifsud had told him he was working for the FBI when he reached out to Papadopoulos.

It was while in London in March 2016 that Mifsud introduced Papadopoulos to a woman pretending to be Vladimir Putin’s niece, as he attempted to convince the young man he had very real connections to powerful Russian government officials who wished to help Trump win the election. That’s something I detailed in an earlier column titled “Trump–Russia Collusion Narrative Continues to Collapse.”

And now, in a most amazing plot twist, Roh has informed BuzzFeed News in an email that Mifsud wants to break his silence by testifying in front of the U.S. Senate.

After detailing the facts of Mifsud’s going into hiding and numerous interested parties not being able to locate him after his role in Spygate was publicly revealed, Alberto Nardelli reported: “But in an email to BuzzFeed News sent on Monday, Stephan Roh, a 51-year-old Swiss lawyer with a long history of dealings with Mifsud, wrote, ‘Prof. Mifsud is to testify in front of the U.S. Senate—we are working towards his appearance.’

“Spokespeople for the Senate Intelligence Committee declined to comment, and BuzzFeed News has been unable to independently verify this claim.”

“Monday” refers to Nov. 12, and the Buzzfeed article appeared the next day, Nov. 13. Note the language used in the email: “is to testify in front of the U.S. Senate.” Not “we hope he can testify” or “trying to arrange his testifying.” Roh appears to be saying Mifsud’s appearance has been scheduled, and the details of his appearance for his testimony are in the process of being finalized.

If true, that tells me it’s extremely likely Mifsud has already been interviewed by Department of Justice Inspector General Michael Horowitz. So far, no congressional committee has heard from any of the Spygate participants until Horowitz was finished with them, and their testimony often had to be behind closed doors so as to not compromise his ongoing investigation.

Congress didn’t hear from Andrew McCabe, James Comey, Peter Strzok, Lisa Page, Bruce Ohr, James Baker or any others until Horowitz let it be known he was finished with them.

It’s been the same with the documentary evidence. Everything has had to go through Horowitz and the U.S. attorneys assisting him first before they were handed off to Congress. Even so, what was allowed to go public from the witness testimony and the evidence had to be tightly controlled.

So I don’t think it would be any different with Mifsud.

In May, Roh made headlines of his own when he was reportedly detained and questioned by Robert Mueller’s special counsel team, most likely about his legal dealings with Mifsud and about his client’s whereabouts.

As mentioned earlier, in October, Roh garnered attention from the media again by claiming to reporters such as The Associated Press’s Raphael Satter that Mifsud was actually working for the FBI and Western intelligence agencies when he approached Papadopoulos.

As with all members of the mainstream media fixated on the Trump–Russia collusion narrative, Satter dismisses this claim from Roh in this fashion:

“Mifsud’s disappearance contrasts with the media offensives undertaken by many others in the orbit of the special counsel’s investigation into Russian interference. Papadopoulos and his wife Simona Mangiante, in particular, post constantly to Twitter, alleging that Mifsud is part of a convoluted conspiracy-within-a-conspiracy—a Western intelligence asset masquerading as a Russian intelligence asset to fake evidence that the Trump campaign colluded with the Kremlin.

“Roh makes even more unverified claims. His book describes Mifsud as being ‘very close’ not just to Britain’s MI6 but to the Italian secret services and maybe other Western services besides. The book claims Mifsud had been taking orders from unidentified people with ‘strong ties to the Obama administration’ and that Papadopoulos was ‘most probably’ a secret agent planted in the Trump campaign—a charge Papadopoulos called ‘fantasy.’”

It’s considered a wild “convoluted conspiracy-within-a-conspiracy” if Mifsud is anything other than a Russian agent doing Russian agent things. Any belief but that one is instantly ruled out by people who desperately want the Trump–Russia election collusion narrative be true.

It should be recalled that Mifsud was actually in FBI custody in February 2017 when agents interviewed him while he was in Washington for a conference hosted by the State Department.

The FBI then went on to claim they only let Mifsud go and failed to detain him because Papadopoulos lied to them about both his role in the Trump campaign and Mifsud’s Russian connections. Any videos or 302 interview forms from Mifsud’s FBI interview are likely now in possession of the Inspector General’s investigative team.

For these reasons, it’s going to be interesting to see what Mifsud has to say in front of the Senate, if he does appear before that body to testify.

Was he really a Russian spy?

Or was he an “oconus lure” sent by the FBI to try to entrap Trump campaign personnel, so a false narrative could be used to spy on the Trump campaign and help ensure that Hillary Clinton would win the 2016 election?