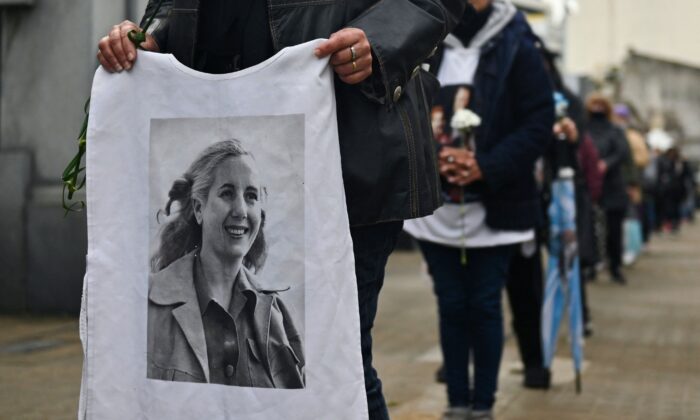 A young Peronist holds a shirt with the picture of former First Lady (1946-1952) Eva Peron at the Recoleta cemetery in Buenos Aires, on July 26, 2022, during the 70th anniversary of her death. (Luis Robayo/AFP via Getty Images)
Viewpoints

The Eva Peron Myth: A Dior-Donning Socialist Who Made Argentina Cry 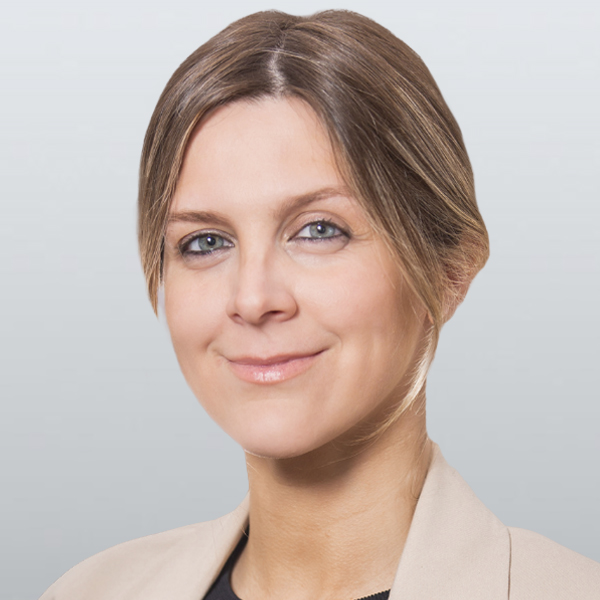 Today marks the anniversary of Eva Peron’s death, a tragic event for those who don’t know her real story. Honored in the Broadway musical “Evita,” the popular Madonna song “Don’t Cry for Me, Argentina” from the movie “Evita,” and even a new Disney show, Evita is often celebrated as a champion of labor and women’s rights.

The wife of Col. Juan Peron, she served as First Lady of Argentina from 1946 to 1952, emerging as an Argentine power player within the labor unions. Through her various political ventures, Peron positioned herself as a socialist champion of the poor (referred to as “the shirtless”), earning lavish newspaper headlines and Time Magazine covers. Time went so far as to call her an “Argentine rainbow” and a “woman of the people.”

But this woman had a dark side. As my fellow countrymen and countrywomen know all too well, Peron hitched her wagon to one of the cruelest tyrants in Argentina’s long history. A former Minister of War, Col. Peron was inspired by Italian fascist dictator Benito Mussolini, claiming Italian fascism “made people’s organizations participate more on the country’s political stage” and calling it an “effective” form of government. Vowing to “violently repress” his opponents, Col. Peron nationalized entire industries, established state-owned enterprises, and imposed Marxist “import substitution” policies that allowed his government to control all trade in and out of Argentina.

To create a government monopoly, Col. Peron’s rule by fiat needed to squash dissent. And, so, the Peronist government restricted freedom of the press, censored media criticism, and jailed political opponents who dared to disagree. Col. Peron removed dissenters from their positions in the government, courts, and schools.

And he couldn’t have squashed dissent without his wife. “Evita” was in charge of controlling the press, arbitrarily intervening in the government press office for the sake of censorship. The Perons launched the Commission for Investigating Anti-Argentine Activities, shuttering dozens of newspapers that refused to toe the party line. They denounced their critics as “foreign imperialists,” slamming Argentina’s two largest newspapers at the time—La Prensa and La Nación—with a libel lawsuit for questioning the Peronist government’s integrity. It helped the Perons’ cause that their government controlled all supplies of newsprint, compelling subservience through monopoly.

Today, Evita is also remembered for her promotion of women’s suffrage in the late 1940s and early 1950s. Yet her actual words are all too easily forgotten:

“We women do not need to think, the General does it for us. We will be implacable and fanatical. We will ask neither capacity nor intelligence. No one here is the owner of the truth, none but Peron, and before supporting a candidate—whatever his hierarchy may be—we will demand a blank check of loyalty to Peron, which we will fill with his extermination when he is not man enough to fulfill it. We are already trained and indoctrinated to teach and instill in the child that the soul of the fatherland, before the schools, is formed by Argentine mothers in the cradle, that we teach them to love Peron before blessing proper names.”

What a “liberation” of women! The same champion against capitalist wealth routinely dressed in Christian Dior, purveyor of $1,000 sneakers and $5,000 handbags. Changing five or six times a day, Evita reportedly owned more than 2,000 outfits, 500 pairs of shoes, 400 hats, and a trunk full of jewels. Apparently, the “shirtless” enjoy the finer things too.

Despite her 2022 reincarnations, the real Eva Peron is a symbol of populist hypocrisy, exploiting the support of Argentina’s working poor to consolidate political power for herself and her authoritarian husband. The legacy they leave behind is nothing but a cautionary tale for countries like Argentina.

Broadway musicals and Madonna’s interpretations may perpetuate the myth of Eva Peron, but students of history know the truth about Evita—especially in the Argentina she left behind.