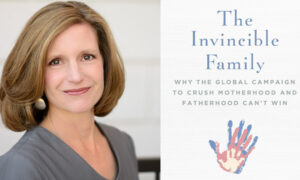 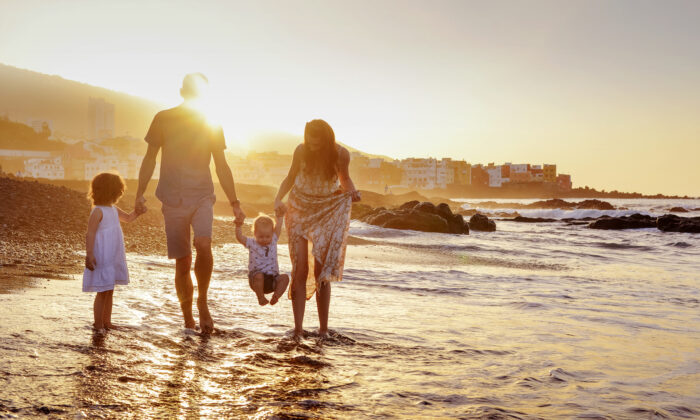 The Endgame of Transgender Ideology Is to Dismantle the Family

The stage is being set for the legal marginalization of mothers, fathers, and families by force of law
By Kimberly Ells
biggersmaller
Print

House Speaker Nancy Pelosi (D-Calif.) and her fellow gender-inclusive enthusiasts have taken a bold and much-disparaged move to erase language that expresses the reality of familial relationships.

In the name of inclusivity, words such as “father, mother, son, daughter, brother, sister, uncle, aunt, cousin, nephew, niece, husband, wife, son-in-law, and daughter-in-law” might be erased from House proceedings.

If pursued, this scrubbing of gendered words from public communications, in concert with other trans-inclusive initiatives, will prove seismic in its effect on society.

Pelosi and her associates are echoing the socialist-feminist ideology articulated by Shulamith Firestone in the 1970s: “It has become necessary to free humanity from the tyranny of its biology” and “eliminate the sex distinction itself [so that] genital differences between human beings would no longer matter culturally.”

At its core, that means that male and female manifestations of the human body should no longer be legally recognized or culturally valued. We have been marching down this road for decades and are now approaching the endgame: a genderless society. The vilification of gendered language in public settings is a significant leap toward “freeing humanity from the tyranny of its biology” and undoing the significance of biological sex.

Mothers on the Trash Heap of History

Firestone made a stunning prediction. She jubilantly declared that when biology was subdued and “transsexuality” became the legal and cultural norm, “the blood tie of the mother to the child would eventually be severed” and the triumphal “disappearance of motherhood” would follow. And she was right. Legal movements surrounding transgenderism are setting the stage for the legal marginalization of mothers, fathers, and families by force of law.

While Firestone’s astute prediction has been largely overlooked in the debate about transgenderism, the fact remains that when women legally disappear, so do mothers because “mother” is a sex-specific designation. The same goes for fathers. If there aren’t two specific, perceivable sexes that can be definitively recognized by law, then it becomes difficult to define or defend mothers and fathers—along with their parental rights—in legal terms. Therefore, the belonging of children to their parents is increasingly thrown into question and the family stands on trembling legal legs—which is precisely the point.

When parents’ ties to their children are obscured or weakened, it creates an environment hospitable to government intervention and socialist-communist revolution. That is why Marx’s Communist Manifesto openly called for the “abolition of the family.” Dethroning the family creates a void that can and must be filled—though it’s impossible to adequately fill it. If we are to avoid the destruction of the family and the domination of the state that necessarily follows, we must resist efforts to cancel biological sex.

The push for gender abolition seems to be accelerating. Last year, a California state Senate committee attempted to ban the words “he” and “she” during committee hearings. The “rainbow voting agreement” in the Netherlands calls for “the registration of gender to be abolished wherever possible.” A recent article in the New England Journal of Medicine, arguably the world’s most prestigious medical journal, asserted that sex demarcations on birth certificates should be reconsidered because “assigning sex at birth perpetuates a view that sex, as defined by a binary variable, is natural, essential, and immutable.”

It’s becoming difficult to keep up with the myriad initiatives being rolled out to forcibly suppress biological sex distinctions.

The legal and social embracing of transgenderism encapsulates rejection of the human body as inherently manifested in two distinct and complementary forms. This rebellion against anatomy isn’t only tragic for individuals, who wage war against their own bodies, but it also undercuts the inherent, two-pronged voltage of male and female that propels, balances, and drives the world.

If it becomes legally inappropriate to recognize the two bodily sexes or to articulate how the interplay of those sexes forges and perpetuates the basic relationships by which we fundamentally define ourselves (mother, father, son, daughter) then the core of civilized society is in peril.

What started out masquerading as a celebration of gender turns out to be an edict for the elimination of the sex distinction itself, which, in turn, erodes the family—the essential cradle of humanity. If we are to salvage the family and civilization with it, we must protect and defend the “gendered language” that is now on the chopping block.

Kimberly Ells is the author of “The Invincible Family: Why the Global Campaign to Crush Motherhood and Fatherhood Can’t Win” and is a policy adviser for Family Watch International, where she works to protect children from early sexualization, defend parental rights, and promote the family as the fundamental unit of society. Kimberly is an avid researcher and writer on family issues and has authored policy briefs for international distribution. She graduated from Brigham Young University with a degree in English. She is married and is the mother of five children. Contact her at kimberlyells@hotmail.com and InvincibleFamily.com.

This article was originally published on MercatorNet