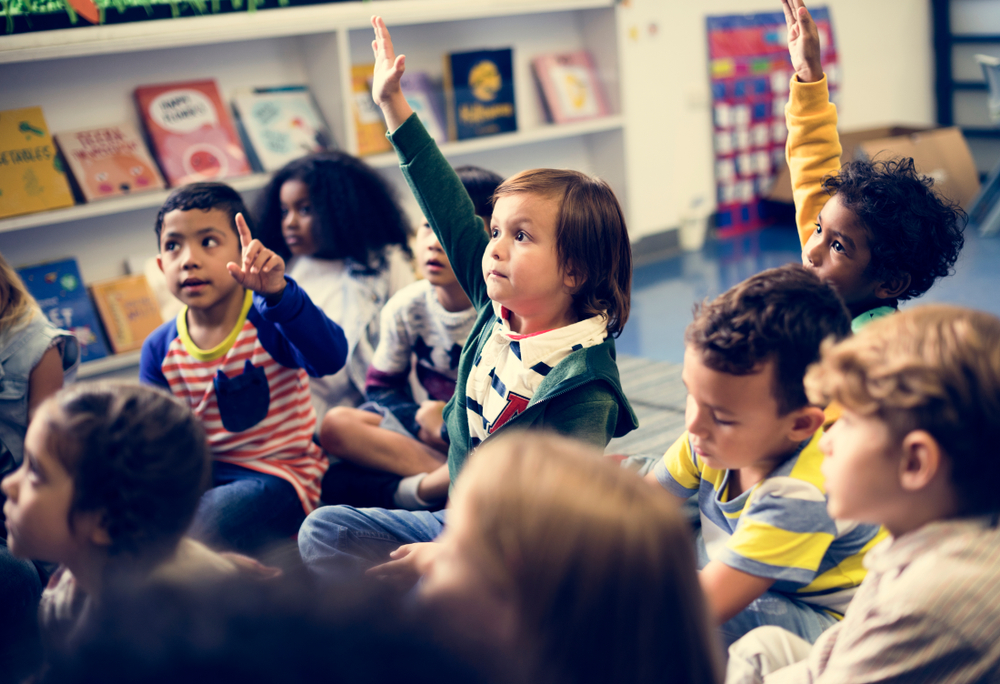 Children are much more than the careers they will enter. (Rawpixel.com/Shutterstock)
Arts & Culture

The End of Education

The school should always have as its aim that the young man leave it as a harmonious personality, not as a specialist. This in my opinion is true in a certain sense even for technical schools … The development of general ability for independent thinking and judgment should always be placed foremost, not the acquisition of special knowledge.—Albert Einstein

There are at least two senses of the word “end”—the one being fulfillment of an aim, the other, the death or failure of something. A large part of the crisis in education today is that the aim, the fulfillment, or end of education is so mistaken in schools and the world at large that it effectively takes on its other meaning: an end, or a failure, of education.

Modern schooling strategies tend to apply broad-based benchmarks to arm students with 21st-century skills before marching them off like money-making militants to collaborate, innovate, and compete in a 21st-century global economy. The prevalent Common Core initiative is especially retrograde and degrading, developing and implementing comprehensive statistics together with assessment systems to measure student performance, to ensure that all students are equally provided with a program of prepackaged expectations designed to meet the requirements of colleges and careers.

But the end of education, of true education, is not to get a degree or a job or a financial portfolio. It is a Marxist principle that man is determined by his technologies, his means of production, and an “education” modeled after commercial culture is not leading out (e-ducere) but digging in. The world sorely needs to go back to school, as in, go back to schooling.

The aim and end of education is to form the whole person according to timeless, intrinsic values, rather than train all people to conform to a contemporary set of uniform, economic standards. Thus, education responds to the universal truths of man rather than to the specific particulars of the multitude. When first things are put first, the rest tends to fall into place.

The Common Core standards are far too common to address the human core. It shrinks learning into a one-size-fits-all centralized set of informational sessions designed to achieve success by narrowing the focus to basic facts for measurable recall. This requires a reduction of the human to empirical calculus in a lowest-common-denominator paradigm—which is so far from the end of education, it only serves to bring an end to education.

‘A Call to Something Higher Than Ourselves’

Real education lifts the intellects of all students to the highest aspirations of man, encompassing a student’s capacity for imaginative and emotional appreciation of reality, as well as for analytic and scientific habits of mind. It is that cultivation of mind which, as John Henry Newman says, “implies an action upon our mental nature, and the formation of a character.”

For the ancients, the ends of action and of education were the conformance of the soul to reality for the sake of wisdom. For the moderns, the ends of action and of education are the conformance of reality to the soul by means of technique. Excesses of technique and overspecialization, however, dull the desire to experience through the distance they create from reality and life, and thereby dull the ability to learn.

Dr. John Senior, who headed a storied program at the University of Kansas in the 1970s called the Integrated Humanities Program, and whose legacy is gaining attention and traction in various spheres of academia, once wrote: “Education is not the acquisition of marketable skills, or self-improvement, culture, personal fulfillment, or even knowledge—though these benefits normally occur; but, essentially, it is a call to something higher than ourselves.”

I remember being summoned to things higher than myself at the boarding school I attended. The first time was at six o’clock in the morning. I was awakened by the headmaster, who stood below my bunk in rubber boots. None of my five roommates were stirring, but the birds were. He informed me that one of his sheep down in the barn had hoof rot to the point where he had to shoot it with his revolver, and the carcass needed to be disposed. “You look like you could use the experience,” he told me matter-of-factly, and he was right. After some brief instruction, he left me, a city kid, with the filthy, inconceivable task of hauling a 200-some pound dead sheep over hill and dale to the dump at the crack of dawn.

The second time was at night. “There’s a ewe giving birth to a lamb in the barn,” the headmaster told me. “I want you to stay with her until the lamb can stand.” Down I tramped with a flashlight. Blood last week and this week, birth. A full circle was completed that was educational—and not because I was studying to be a sheep farmer.

Education is about furnishing such real lessons in reality—pure teaching moments that corroborate the readings and lectures on the true, the good, and the beautiful, and prepare students for the human condition, for life and death. But to achieve this, education must be governed with exceptional care that cultivates experiences that both complement and confirm a curriculum and fosters genuine character in an atmosphere of friendship: experiences in classrooms, on playing field, in the woods, or any place least expected—like a sheep pen. Education can happen anywhere, and it happens best when it points students toward encounters with real life that are informative and formative.

This approach involves launching students into interactions with reality by leading them in a relationship that balances hardship and friendship. English teachers should spur students to undertake Shakespeare, and then congratulate them when they share a thought on a sonnet before peers. Coaches should push their charges in facing physical fears, and then acknowledge a young athlete when they bloody their nose on a rugby pitch. Choir directors should demand perfection, and then honor a student for singing beautifully at Mass. Camping leaders should command excellence, and then praise a youngster for telling a story around a fire.

Education pursues its end when it dwells in what all people should know as knowers—the truth. The result of this is not necessarily “useful,” but it is good and beautiful and humanizing.

At its best, education assumes traditional anthropology that includes treatment of the human as a spiritual being in possession of appetites, intellect, imagination, and will; thus, it cultivates wonder as the root of inquiry and the beginning of wisdom. At its worst, it cuts people off from divine and moral agency and is reduced to a set of objectives and operations geared toward gainful employment; thus, subordinating the higher inclinations of man to the acquisition of functional and workaday knowledge.

Such an “education” leaves students prepared for a limited life, and not prepared at all to live in the contemplation of truth for its own sake—which is the end of education. This philosophical mindset goes beyond mere knowledge, rising above the accumulation of facts to a framework whereby all things might be understood in their proper relation to one another—a vision that is not only the end of education but the end of human life as well.

“The whole point of education,” wrote English author G.K. Chesterton, “is that it should give a man abstract and eternal standards, by which he can judge material and fugitive conditions.” Education ascends to excellence in cultivating the virtues, leading toward that interior knowledge and exterior knowledge which comprehends the order of reality, both visible and invisible. To know the whole truth of things and to think well for the sake of living well is the excellence that education strives for: to gain self-rule and the habit of virtue.

Education has descended to considering man’s excellence as consisting of mere means rather than ends. The modern mantra is to work rigorously and vigorously for the sake of living well—which is to say, to gain self-sufficiency and the marks and accoutrements of worldly success. There is far more to living, however, than making a living. The current concept of worldly success is for the sake of economic excellence, while education’s end is for the sake of human excellence. Anything less than the latter educational end is a participation in the end of education.