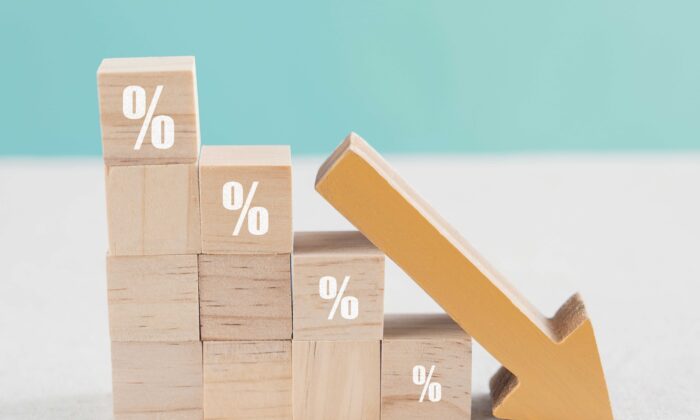 The Edge of Recession

It takes time for confirmation. Short run, high-frequency data is inherently noisy, so to attempt drawing any reasonable conclusion you cannot rely on such data alone. One month or even several for what might at first appear to be an emerging trend can change or vanish in whatever data with no prior warning.

However, if you aren’t starting from such economic accounts, rather using them as last-in-line evidence for what’s already proposed by other means, then high-frequency data can be useful for corroboration. The more evidence that tells a consistent story, even if not fully emergent, the higher the likelihood it’s a real one and not mere randomness or statistical noise.

That likelihood is something big changed in March.

This isn’t to propose any mystery; we all know what that “something” was. Gasoline prices already priced too high before then got pushed a measure too far by even more unfavorable supply dynamics related to Russia’s deliberate misadventure into Ukraine.

All that alone probably wouldn’t have left us where we are today. Combine this additional energy shock instead with a private economy that never really got going at any point over the past two years since 2020’s unnecessary pandemic-panic contraction and then add an unhealthy dose of monetary disease in persistent and increasingly dire collateral shortfalls, it’s a recipe for recession.

No mere recipe, a predictable and predictably awful one. Markets have been forecasting and pricing this outcome for over a year. Back last May, the U.S. Treasury yield curve began to ominously flatten, bonds being used to hedge against the initially vague notion the United States and the global economy weren’t suffering inflation but risking recession due to “inflation” (consumer prices being pushed upward by non-monetary reasons like a supply shock).

By October, the notion was no longer vague. The yield curve flattening drastically accelerated while also picking up powerful confirmation from eurodollar futures. This other curve began to flatten at that time, with each curve more strongly and strenuously suggesting risks were tipping further and further toward eventual disinflation and contraction (if not worse, outright deflationary money or even economy).

Eurodollar futures would first invert way back on December 1, 2021. Initially small, the distortion continued to expand until March when it finally blew out at the same time as inversion reached across the Treasury yield curve. By then, the public had to take notice.

The implication was as straightforward as it was contradictory to the mainstream notions of violently out-of-control inflation; a tipping point may finally have been reached when reces­­sion had become perhaps inevitable.

While the Federal Reserve plays its rate hike theater to placate the politics of consumer prices way beyond its grasp, these market warnings and positions today focus more so on “when” this might happen having already mostly settled any lingering “if.”

As I mentioned a few weeks ago in these pages, eurodollar futures curve inversion creeping forward on the curve into the reds and even whites would be a key endorsement of the matter becoming imminent. Over the past few days (above), inversion has run all the way throughout reds, spilling now into whites threatening to invert all the way forward to the December 2022 contract (below).

Here’s where the economic data comes into play. We already know the markets have been raising recession risks for over a year, gaining only more confidence as the months have passed. The financial fireworks in March just added more fuel to the recession not inflation fires.

Over the few months since, more and more evidence aligns with that outlook. Anecdotes from shipping companies, for example, tell of a definite change in business (for the worse). Container rates especially China/East Asia to the U.S. West Coast suddenly and sharply falling since, yes, March.

Big retailers like Target and Walmart warning not just about their profits, lowering these bottom-line projections due to suddenly too-high inventories, gouging input costs they cannot pass on to consumers because, since March, consumer spending in their stores is no longer holding up as it had last year.

Now the Census Bureau comes out with data displaying what these anecdotes had hinted. Retail sales in the United States declined on a seasonally-adjusted basis April to May. It wasn’t a huge decline by any means, but that’s how it starts.

Not just weak sales in May 2022, but increasingly weak going back to March. Census had first revised retail sales lower in the months of March and especially April first before then adding meaning subtracting to get May’s.

This downturn has been most pronounced right where consumer spending had once been so incredible: online shopping, or, in Census jargon, retail sales recorded by non-store retailers. April and May were not good months for this part of the industry.

If this was all we had to go on, it wouldn’t be much of anything. You could easily dismiss it as statistical noise, random fluctuations, even the possibility Americans are going back to normal, spending less time and money on Amazon.com because the country is now and finally back open as it always belonged.

But this is not all we have to go on. We have a mountain of existing suspicion priced into and by the most sophisticated, deepest markets human beings have ever created. The same markets which time and again have served as the basis for making accurate, useful predictions (unlike those spat out by the Federal Reserve).

There are other data from overseas economies showing that recession-like trouble isn’t solely America’s problem. Domestic data like recent estimates drawn from the labor market presenting at best a serious slowdown, more likely an actual downturn for jobs in March, April, and May (rising jobless claims to go with the Household Series of employment that ended up lower in May when compared to March two months before).

Slowing even modestly falling retail sales is only too consistent with everything else, including one final factor: common sense. How do we put common sense into data form? Consumer sentiment that is, for the University of Michigan’s six-decade old survey, a record low. The other from IBD/TIPPS “only” the worst in eleven years, equivalent to the ugliness that was 2011.

As currently stands, real GDP in the United States during this eventful second quarter is more and more likely to be negative, too. Recall that real GDP from Q4 last year to Q1 this year was “unexpectedly” (in any mainstream but not market sense) a minus already.

It’s not one thing or another, it is everything from top to bottom. Market prices, curves, earnings, stocks, and high-frequency data on labor and spending, are all verging closer and closer to what would—if it continues this way—very much look like the edge of recession.