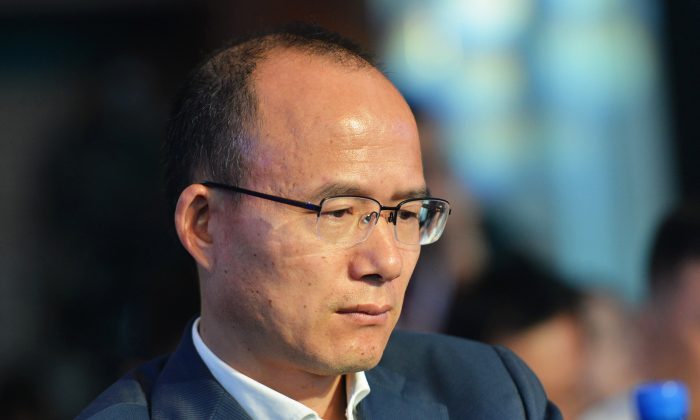 The year 2015 was an unlucky one for wealthy tycoons in China. Many government officials and business tycoons were sent to prison or have committed suicide. The lucky ones chose to escape overseas. Among the many pieces of news, the one receiving the most attention was about Guo Guangchang, chairman of the board of Fosun Group. It was first said that he had disappeared, and later reported that he was “assisting in an investigation.” Guo once stated that he and his core team members would never acquire a foreign passport.

A Private Entrepreneur With Political Ties

Guo Guangchang’s career is extensive. Fosun Group has been called the Chinese mainland version of Hutchison Whampoa. The reach of the Fosun business empire was wide. When news broke that Fosun’s chairman was “invited” to assist in an investigation, trade in eight of Fosun’s stocks was suspended. In all, 26 stocks in China and Hong Kong were affected, and the stock price of Sinopharm fell 6 percent, clearly displaying the broad impact of Fosun on China’s economy.

While Guo has a long history of acquiring SOEs, he has always been safe—until earlier this month.

Guo has been an example of a private Chinese business entrepreneur who is understood to have the tacit protection afforded by his Communist Party ties. He was involved in the acquisition of more than 20 state-owned enterprises (SOEs). It should be noted that of the “10 deadly sins” that spell the demise of private entrepreneurs, “misappropriation of state assets” is at the top. Almost all private enterprises that have acquired SOEs were slapped with this label. While Guo has a long history of acquiring SOEs, he has always been safe—until early December 2015.

An article published by the financial service of Phoenix, a pro-Beijing broadcaster based in Hong Kong, titled “Mixed Ownership: Six Major Risks of Private Equity in SOEs” describes several private entrepreneurs’ views on mixed ownership. The main risks are said to be: Those in charge of SOEs do not need to be responsible for the assets; SOE asset loss will be pinned on private shareholders; SOE shareholders have much more power than private shareholders, and it is difficult to cooperate with them. In short, private enterprises cannot cooperate with SOEs, since cooperation is like a trap. Among all the private business owners, only Guo Guangchang expressed a positive and optimistic outlook, in a speech titled “SOE Reform Must Prevent SOE Asset Loss.” The article concluded that the only way to prevent the loss of SOE assets is to have a good, standardized, and transparent operational process.

The Shanghai-based online media outlet The Paper published an article titled “How ‘politically indifferent’ Guo Guangchang made it big in his 20 years of investing in state-owned firms.” The article said: “Guo Guangchang’s disappearance has shocked many private business owners. They have so many questions about how the private sector is supposed to be involved in the reform of state-owned firms. In the past, they were eager to know how executive Guo always managed to find a safe and right way to do it. Now they can’t wait to learn what Guo did wrong this time.”

Although the amount of money involved was not large, it is a handle for the judiciary department to get at Guo. The meaning of “Guo is assisting in an investigation” is clear; it means that Guo is being used as an entry point to dig out more “tigers behind him.”

Known as a “Godfather of business,” Wang Zongnan resigned in 1995 as deputy head of Shanghai’s Huangpu District. He became the general manager of Friendship Group Co. Ltd., and general manager of Shanghai Lianhua Supermarket. One of his achievements is similar to Guo Guangchang’s: He led SOE restructuring three times. Wang worked with Guo in Fosun’s acquisition of Friendship Group and Lianhua. There was also the mysterious establishment of Shanghai Leading Co. This company’s main shareholders are ordinary citizens. After Wang was arrested, some media claimed that Shanghai Leading’s legal counsel was a friend of Wang. The situation here is similar to the 2015 Tianjin explosions, when it came out that the legal representatives for certain companies also held stock, and it seemed that all manner of secrets were afoot.

After Wang Zongnan was dismissed from his position, his relationship with former Chinese leader Jiang Zemin became a focus of attention. Furthermore, the disclosure of Guo’s bribery connection with Wang indicates that Guo is at a disadvantage in the relationship with Wang. It is not normal Chinese political and business practice for Wang to only receive 3 million yuan in bribes for such a big acquisition as Friendship Group and Lianhua.

Guo Guangchang’s political and business background remains vague, although the Chinese media has widely reported on it. If we use a method of elimination, we can still end up with some meaningful clues.

After Guo disappeared, domestic and foreign media, online sites, and microbloggers speculated on what had happened to him. There are several versions. Personally, I tend to believe in Caixin’s, which said that Guo’s disappearance is related to Wang Zongnan’s case—or in other words, the issue of acquiring SOEs. The Paper’s article stated: “Two conclusions can be confidently drawn from Guo Guangchang and his Fosun story over the past 20 years. First, Guo and Fosun must have many undiscovered stories they could tell of their journey to success through wind and rain. Second, the lesson learned from Fosun will be ‘a must-read’ during the coming reform stage of SOEs.”

Guo’s story has been used as a kind of Chinese Horatio Alger story: showing how farm children can become leaders of the nation and captains of industry, an apparent demonstration that the Chinese people are living in “the best of times.” But the corrupt underbelly of the case seems to show, on the other hand, that Chinese people are actually living in “the worst of times.”

This is a translation of He Qinglian’s Chinese article posted on her personal blog on Dec. 14, 2015. He Qinglian is a prominent Chinese author and economist. Currently based in the United States, she authored “China’s Pitfalls,” which concerns corruption in China’s economic reform of the 1990s, and “The Fog of Censorship: Media Control in China,” which addresses the manipulation and restriction of the press. She regularly writes on contemporary Chinese social and economic issues.